“The gravity and the poignancy of this moment is not lost on me,” Malinauskas told reporters this morning on the grounds of Government House.

“I take this responsibility incredibly seriously and I approach it with a genuine sense of humility that the people of South Australia trusted me to lead them.”

Earlier in the morning, the trio swore an oath of allegiance to Governor Frances Adamson, marking the official end of the Marshall Government and the start a new Labor regime.

The brief ceremony came soon after Malinauskas’ predecessor, Steven Marshall – whose future as the Liberal member for Dunstan is still not secured – visited Government House to formally tender his resignation.

“All done,” Marshall told reporters from his car passed through the front gate.

“It’s been an absolute pleasure and I genuinely want to thank the people of South Australia.

“I think it’s (the government) in a very good position at the moment, there’s still so much to be done.” 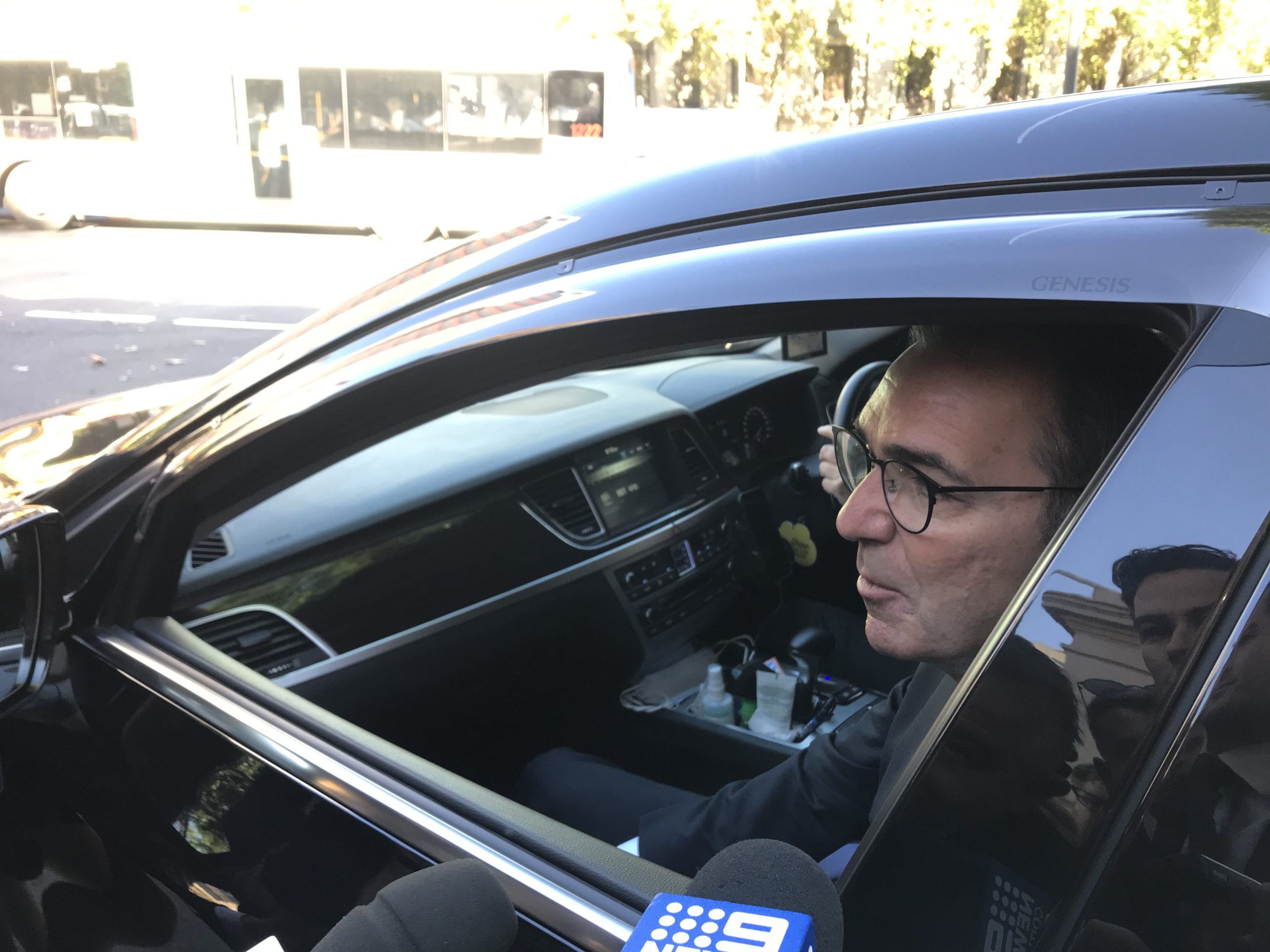 Top of Malinauskas’ mind will be firming up his new cabinet, which is due to be sworn-in in the coming days.

Deputy Susan Close was confirmed as the new Environment and Water Minister, a portfolio she held in opposition.

But all other ministerial positions are up for grabs, with Malinauskas confirming there would be changes from his shadow cabinet.

“We’re not seeking to make major changes but there will be changes,” he said.

“We’re not seeking to have change for change’s sake.” 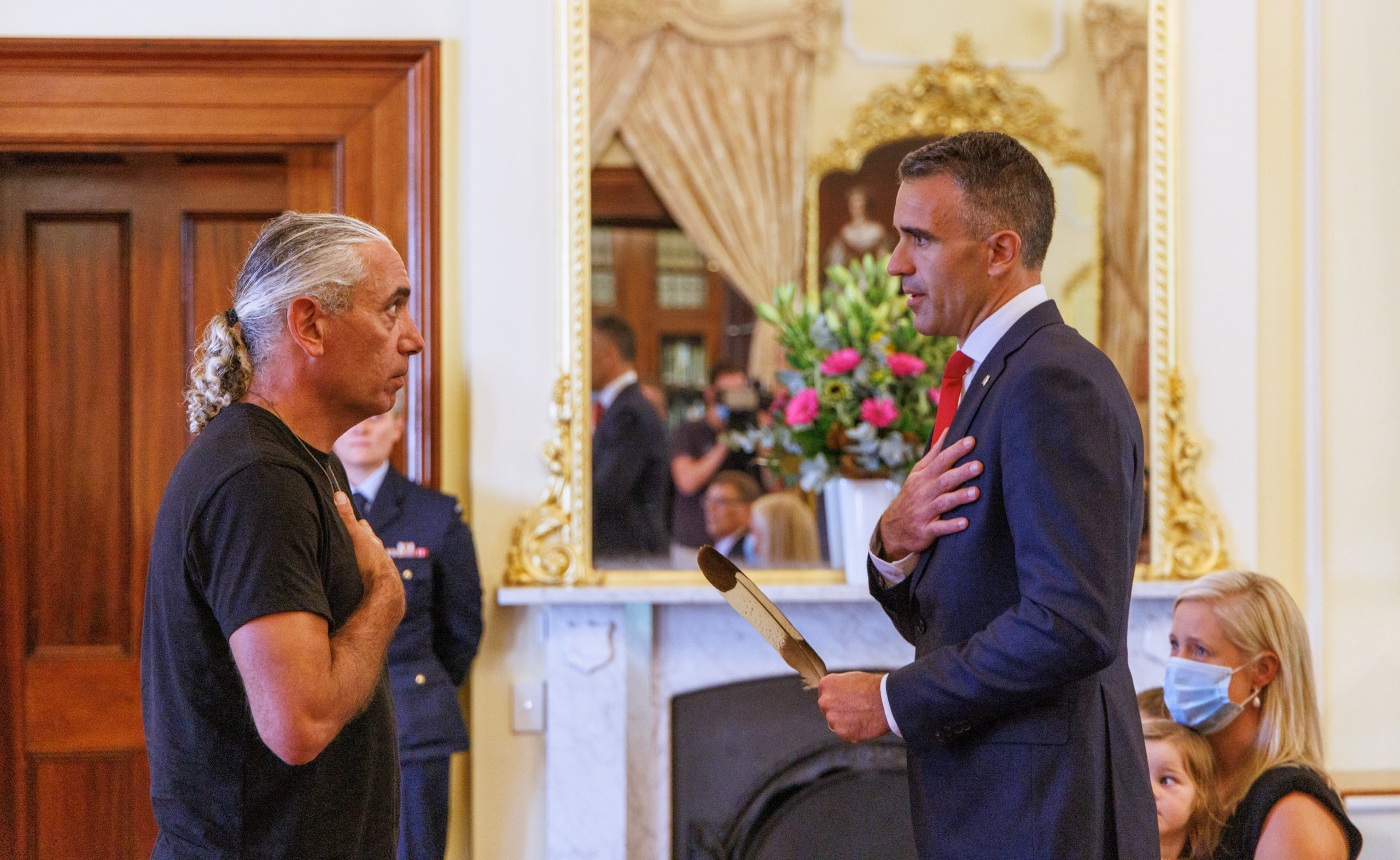 Asked if any first-term MPs would be elevated to the cabinet, Malinauskas said: “All that will be revealed in the coming days.”

Independent member for Kavel Dan Cregan, who enjoyed a convincing win on Saturday, is yet to be confirmed as Speaker under a Malinauskas government.

Labor sided with the independents last year to change the state’s legislation to require the speaker to be independent of the major parties – a move which paved the way for Cregan’s ascendancy.

Malinauskas said Labor didn’t intend to change the legislation back, claiming the right thing to do would be have an independent representative in the chair.

“We want to see the make-up of the parliament before we determine who’s going to be speaker,” Malinauskas said.

“That is an appropriate course of action and, of course, the Electoral Commission is working as quickly as it can, but there are some very close contests.

“Bearing in mind, of course, that it is the parliament that ultimately elects the speaker, nonetheless, the Labor party control the majority and we’ll make our judgement wisely about the functioning of the parliament.” 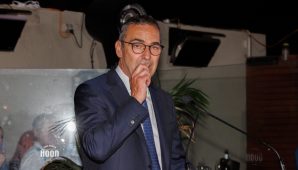 The smartest guys in the room

Malinauskas headed to the Royal Adelaide Hospital to meet health workers after this morning’s ceremony.

He will then spend this afternoon settling into his new office at the State Administration Centre and meeting with state emergency coordinator Grant Stevens, chief public health officer Professor Nicola Spurrier and SA Health chief executive Chris McGowan to discuss the COVID-19 pandemic and mask-wearing rules in South Australia.

“I will be scrutinising the reasons why that’s (mask-wearing requirements) in place,” he said.

“I have an opportunity as the Premier now to fully examine all the reasons why the policy settings are what they are.

“If there are good reasons for that, that’s fine, but people of our state deserve to know.”