Steven Marshall has gone on a whistlestop tour across Adelaide, holding a media conference at an engineering firm in the northern suburbs before pressing the flesh in McLaren Vale down south, while Labor challenger Peter Malinauskas met with health sector workers outside the Royal Adelaide Hospital before addressing reporters.

The Premier again restated the need to continue SA’s economic momentum, while the Opposition hammered its health message – despite starting the day on the back foot after the Electoral Commissioner last night ordered it to withdraw its centrepiece advertisement claiming ramping is “worse than ever” because it is not accurate – with ambulance ramping having reducing by 47 per cent from its October peak.

Tensions flared as the pair took part on a live radio debate on ABC Radio Adelaide this morning, with Marshall hammering Labor’s campaign costings released yesterday, arguing half the budgeted $3.1 billion total was to be funded from a contingency fund – which he claims has been allocated elsewhere. 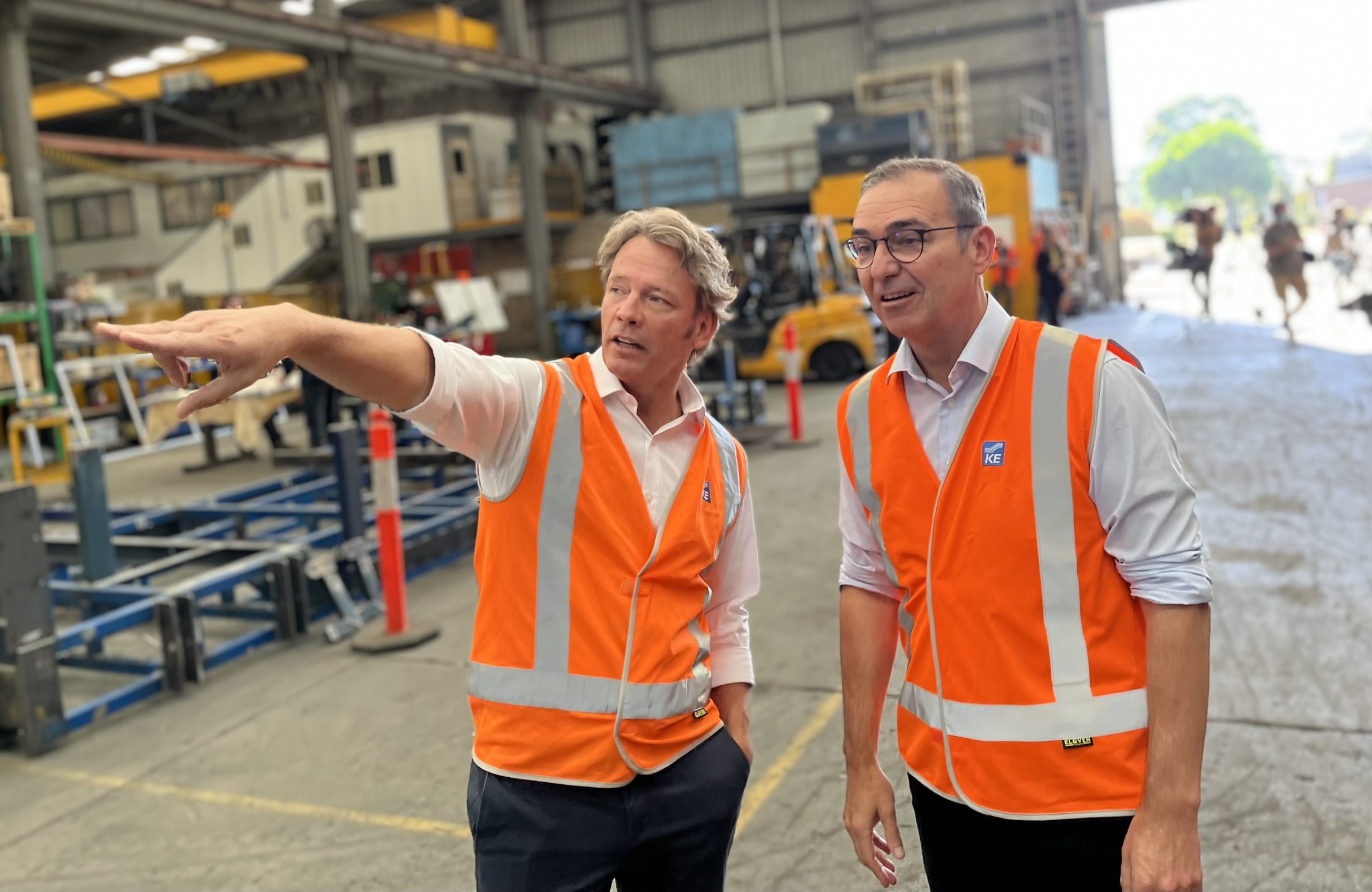 But asked what projects the money had been earmarked for, the Premier said: “Well, it’s road and other important infrastructure projects.”

He then suggested the centrepiece North South corridor project could be at risk if the fund was diverted elsewhere – but appeared to walk that back at his later media conference, saying there was “a full provision for the north-south corridor but there’s still money that will be required beyond that”.

But Labor hit back on costings after the Premier revealed that while the Government could rely on Treasury advice for its own campaign budgeting, it hadn’t availed itself of the opportunity to do so.

“We have the ability to get Treasury to give you estimates with regards to what can happen,” he said.

But asked whether that meant the costings had been verified by the department, he said: “No, I didn’t say they verified… we have done all of that work ourselves.”

He then confirmed that meant the Liberal Party, but insisted: “Treasury provides advice to government until they go into caretaker mode, so we’ve got absolute 100 per cent assurance that our costs were right.”

“Obviously we add up that list but all of those individual inputs have been verified,” he said.

“We have done all that work ourselves… we know what those costs are going to be.”

The earlier radio debate got heated, with Malinauskas at one point invoking a long-forgotten Labor attack on Marshall’s business credentials pre-parliament, saying: “He ran a couple of Wok in a Boxes and we know how that ended.”

But Marshall wasn’t averse to playing the man either today, attacking Labor’s plan to build a hydrogen hub in Whyalla by launching a scathing tirade against the party’s energy spokesman Tom Koutsantonis.

“Does anybody genuinely think that Tom Koutsantonis has the brain power to deliver something that’s never been delivered in the history of the world?” he told reporters.

As the barbs flew, Malinauskas derided outgoing Treasurer Rob Lucas, for whom tomorrow’s election will be his last day in politics – despite having been one of the Liberal campaign’s most prominent talking heads.

“Forty years of service to the parliament is an extraordinary record on anyone’s assessment, and Rob Lucas has gone out in really sort of disappointing way in my view,” Malinauskas told reporters.

“I don’t think after 40 years of service you want to end your career just making things up, desperately pushing spin [and] ever more desperate stunts.”

Marshall said tomorrow’s election was “a very important election for the people of SA”.

“We need to make sure we continue the momentum we’ve got on lowering the cost of living… this election is not the time to be going back to the tired old opportunists,” he said.

Malinauskas began his media conference with two off-duty ambos detailed an overnight incident in which they had to deploy a police car to take a patient for medical care, with the Labor leader saying this was the culmination of “Steven Marshall’s policy for our own health system now – having people riding in the back of a police car, being treated by off-duty paramedics and waiting 70 minutes for an ambulance to arrive that should have been there in 16”.

“That’s what the health system looks like now in SA,” he said.

“South Australians have a clear choice… Steven Marshall’s policy on health is well known – it’s more of the same.

“He’s got a plan for a basketball stadium, a zoo upgrade and Crystal Lake – that’s Steven Marshall’s vision for health. Our vision for health is making the big investments required to get our health system back on track.”

He insisted the controversy over the pulled campaign ad wouldn’t derail his campaign, saying “South Australians know exactly what’s going on with our health system”.

“They know people are calling 000 and ambulances aren’t rolling up on time,” he said.