A warning that this story contains information and images that may be distressing for some readers.

SIDS and Kids SA – which provides free counselling for the sudden death of a baby or young child from any cause, not just SIDS – says the situation is at “critical point” and it needs financial support from the State Government to keep going.

The organisation is calling on both major parties to commit to providing $200,000 a year so it can continue to help families “at the worst time in their lives”.

It has launched an online petition to raise awareness and ask for urgent help.

“The situation for SIDS and Kids SA is now at a critical point because we have almost reached capacity and cannot continue to take on clients using only the funds raised by the SA community, so unfortunately, we are now seriously considering not accepting new referrals for the first time in our 45-year history,” the petition states.

“This is devastating for newly bereaved families and not a decision we will take lightly, as the potential negative impact on mental health and wellbeing is significant.”

SIDS and Kids SA chief executive officer Liza Jankowski told InDaily the charity had experienced an “unprecedented” increase in referrals in 2020 and 2021, since the pandemic, not because there have been more babies and children dying but because “people just aren’t coping”.

“We think that the coping mechanisms and the resilience of the community as a whole is just not there because of the impacts of the pandemic,” Jankowski said.

“When a family has a child die, traditionally the community wraps their arms literally and figuratively around that family.

Restrictions such as caps on funerals also didn’t help.

“Asking parents to decide who could come to a child’s funeral was so hard for a family,” Jankowski said.

“I think people are just worn down, they are just needing a little bit of extra love and support and all of that and I think that’s what it really is.”

In 2019, before the pandemic, the charity received 86 referrals and provided 721 grief counselling sessions.

Jankowski said the majority of referrals in 2020 and 2021 – 86 per cent – came from SA government departments: mostly from SA Health hospitals and some from police.

“SIDS and Kids SA does not receive any government funding and relies solely on the generosity of the community to fund the services we offer.

“Unfortunately, this model is just not sustainable in the long term with the increasing number of referrals we are receiving.”

Jankowski said similar organisations in other states including Victoria, New South Wales, the ACT, Northern Territory and Western Australia all receive government funding “but this is not the case in SA”.

“The death of a child is the absolute worst time in a parent’s life and can result in significant distress.

“Our bereavement care and crisis support can stabilise heightened emotions and thoughts in the short term, thereby reducing suicide risk.

“Our support and care can be lifesaving.

“More long-term impacts include helping parents to process and manage grief in a healthy way which can result in less mental health challenges, a timelier reintegration back into the work force and more broadly, reengagement as an active member of the South Australian community.

InDaily has asked the Liberal and Labor parties if they will commit to providing ongoing funding to SIDS and KIDS SA.

A State Government spokesperson said: “Work is currently underway on SA Health’s response to the National Stillbirth Action Plan Implementation Strategy, with a final report expected by the middle of the year.”

“The bereavement service is a primary health care response and not an acute State health response, and we are committed to working with the Commonwealth Government to advocate for the services required within the state,” the spokesperson said.

Another spokesperson later said that the State Government had however agreed to “a one-off funding commitment of $50,000 to SIDS and Kids SA” which they said would “go a long way in ensuring those parents and families have access to vital counselling sessions”.

“I agreed to examine what they put forward, as well as working collaboratively with them if we are elected to make sure that bereaved parents get the support they need,” he said.

‘I don’t know how we would have coped by ourselves’

Darren and Kathleen Halsey know just how important this service is.

Their first child together – a daughter, Mia – was stillborn four years ago.

“We presented at the hospital and that’s when you hear those words, ‘There is no heartbeat’.” 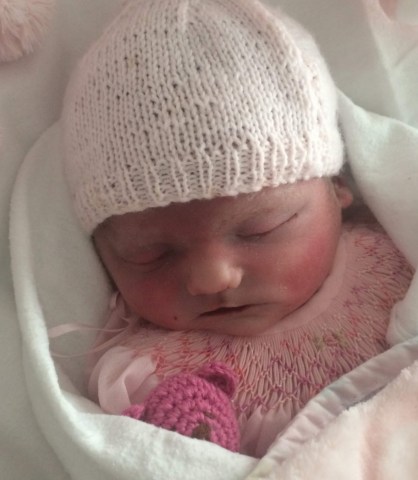 Baby Mia who was stillborn. Photo supplied by family.

Darren said it was all a “blur” after that.

“You are initially lost,” he said.

“I don’t know how we would have coped by ourselves.”

Darren and Kathleen are forever grateful for the counselling they received from SIDS and Kids in the devastation after the loss of their baby girl.

“Initially you just feel like, ‘Why us?’ and are we the only ones?” Darren said.

“So to talk to someone who understands was so important.

“Giving us an understanding that you are not alone. There is, unfortunately, a big community out there that has suffered loss. 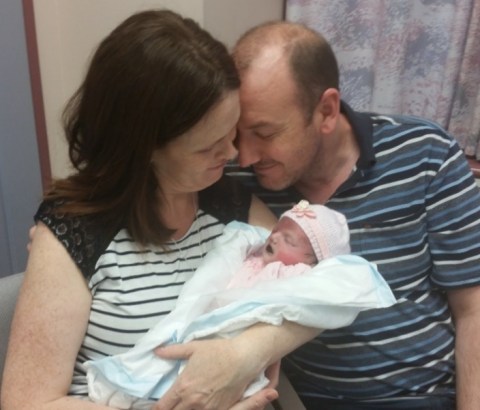 Kathleen and Darren Halsey with baby Mia who was stillborn. Photo supplied by family.

The thought that other families might not receive that help brings Darren to tears.

“I just would never want a family to go through what we’ve gone through by themselves, without having that support,” he said.

“It just would not be fair for anyone to go through that by themselves. You need to have a service like this for families to reach out to when they are ready. You just can’t not have it.

“That would be a massive gap for families and the health system in South Australia.”

Darren said the counselling and support helps families cope not just in the short-term but provides hope for the future.

He and Kathleen now have a son, Archie, who is nearly two and brings them great joy.

They remember and miss Mia every day.

“We visit her memorial, we celebrate her birthdays and she will be a big part of Archie’s life too as he grows up,” Darren said.