The city recorded a further 7.4mm of rain until 12:30am, although the Bureau of Meteorology is only forecasting an additional 1.2mm to hit Port Augusta today.

The average January rainfall over the past 20years there was 12.3mm for the whole month.

Pics are from one of the main roads leading into the town.@9NewsAdel pic.twitter.com/ZlckzpEpzR

“There were five swift water rescues, so vehicles that were trapped in some fast-running water,” he told ABC Radio this morning.

“As far as the damage is concerned, a lot of it was general damage to houses … but there were two houses that we’re aware of that the roofs collapsed in from water that got into the roof space.”

Motorists and travellers are being urged to take extreme caution in SA’s northern parts as flooding continues. This video is from Port Augusta ⁦@10NewsFirstAdl⁩ pic.twitter.com/W6NGwc81Ln

Port Augusta Mayor Brett Benbow said: “I’ve lived here all my life I’ve never seen anything like it before.”

“I was down on the pergola and I walked back inside and heard this almighty rush of rain on the roof,” he said.

“I was standing outside … and I could not see five foot in front of me.

“To get that one big hit like that is very unusual, but fortunately though it all looks like it’s all subsided and it’s starting to dry away.

“Locally we’ve got a lot of road clean up to do because all the water pulled down all the dry branches and the bark.

“We did have localised flooding in the CBD area, I think there were three shops that received water there – I don’t think it was severe damage.”

Further north, the APY Lands also received a deluge, with Putkatja recording 101.6mm of rainfall from 9am Monday to 4am on Tuesday.

Oodnadatta also copped 53mm in the 24 hours to 9am on Tuesday.

Marla, Coober Pedy, Moomba, Putkatja, Oodnadatta and Marree are set to cop the brunt of the storm.

Isolated rainfall over the next day could be in excess of 150mm, according to the Bureau, while six-hour rainfall totals between 40 and 70mm are “likely”.

The BoM, however, revoked an earlier severe thunderstorm warning issued for the Flinders District.

Premier Steven Marshall said authorities remained “very concerned” about the rainfall forecast for the next 24 to 48 hours.

“We have had some extreme rainfall events overnight,” he told reporters today.

“These are dangerous conditions, there is really now no alternative but to say to people that you should be avoiding travel to the north of the state unless it’s absolutely imperative.

“People heading there are just exacerbating the problem for our state emergency service and SAPOL.” 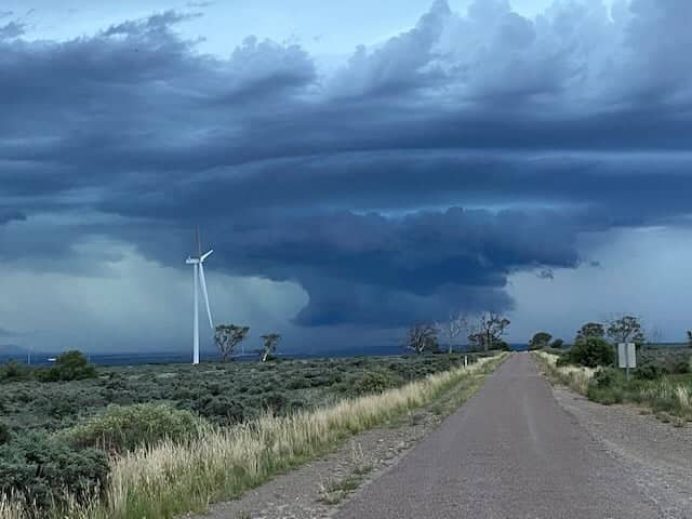 The State Government declared a major emergency on Friday in response to storms that hit the northern Eyre Peninsula two weekends ago and the Lower Eyre last Thursday.

An initial damage assessment from the Lower Eyre Peninsula Regional Council over the weekend found two houses have sustained water damage, four properties have taken shed damage and another 20 have taken yard and driveway damage. 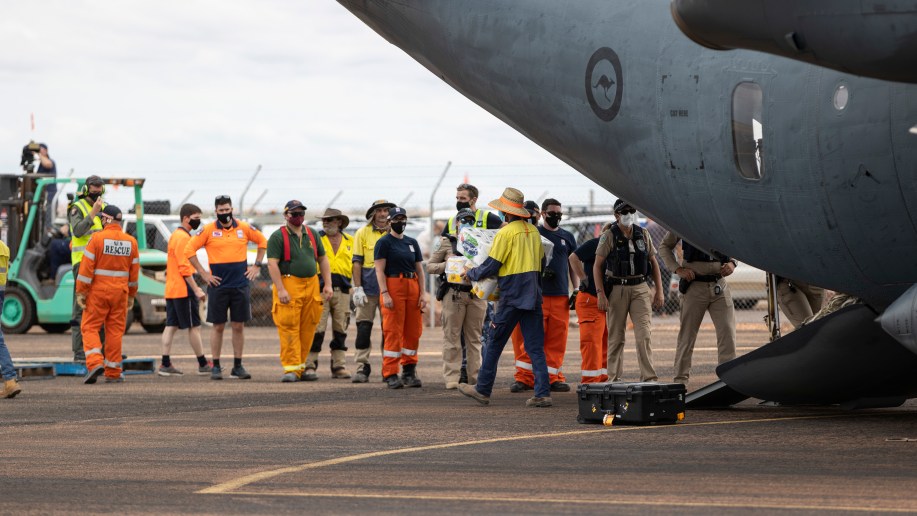 Coober Pedy could remain cut off from the rest of South Australia for weeks as floodwaters continue to cause disruption to the state’s transport routes.

A 250km stretch of the Stuart Highway between Glendambo and Coober Pedy has now been closed for more than a week, forcing freight trucks travelling between Adelaide and Darwin to complete a long detour.

Coober Pedy is also inaccessible from the east with floodwaters forcing the closure of roads serving the town from nearby Oodnadatta and William Creek.

Four RAAF flights carrying groceries and other essentials landed in Coober Pedy on Monday along with another two scheduled for today.

Marshall today said the daily emergency flights would continue “for the foreseeable future”.

He also said the north-south and east-west rail corridors serving the SA-NT and SA-WA train routes will be interrupted “at least through until the 18th of February”.

The Australian Rail Track Corporation earlier said repair works are underway on more than 300km of track impacted by flooding.

“Because of the extensive weather event, that included over 200mm of rain in 24 hours in some areas, services from Adelaide to Perth and Darwin continue to be impacted,” a spokesperson for the agency said.

“Additional contractors are now on-site to assist ARTC crews and works include building access roads, ensuring supplies can get to damaged locations and supporting restoration works.

“We want to reassure our customers and the community that we will restore these links as quickly as possible.”