The Rymill House Foundation Trust has lodged plans with the State Planning Commission to build a single-storey function centre at its East Terrace property bordering the park lands.

Described in planning documents as a “simple, glass box”, the free-standing glazed pavilion would be constructed next to state heritage-listed Rymill House along its Hutt Street boundary.

Planning documents up for public consultation state the building would span just under 250 square metres and house a small kitchen, toilets, and space to host events of up to 225 people standing, or 140 people seated.

According to planning documents, the proposed permanent function pavilion would “support the charitable work of the Rymill House Foundation” and “provide an income source that assists in underpinning the ongoing care and conservation of historic Rymill House”.

“The intent is to re-purpose the place as not only a family home but a pleasant and attractive location for public functions while improving the spatial experiences of the garden setting,” the documents state.

“This expands upon and formalises the current arrangement where events have been held in the grounds of Rymill House since 2000.” 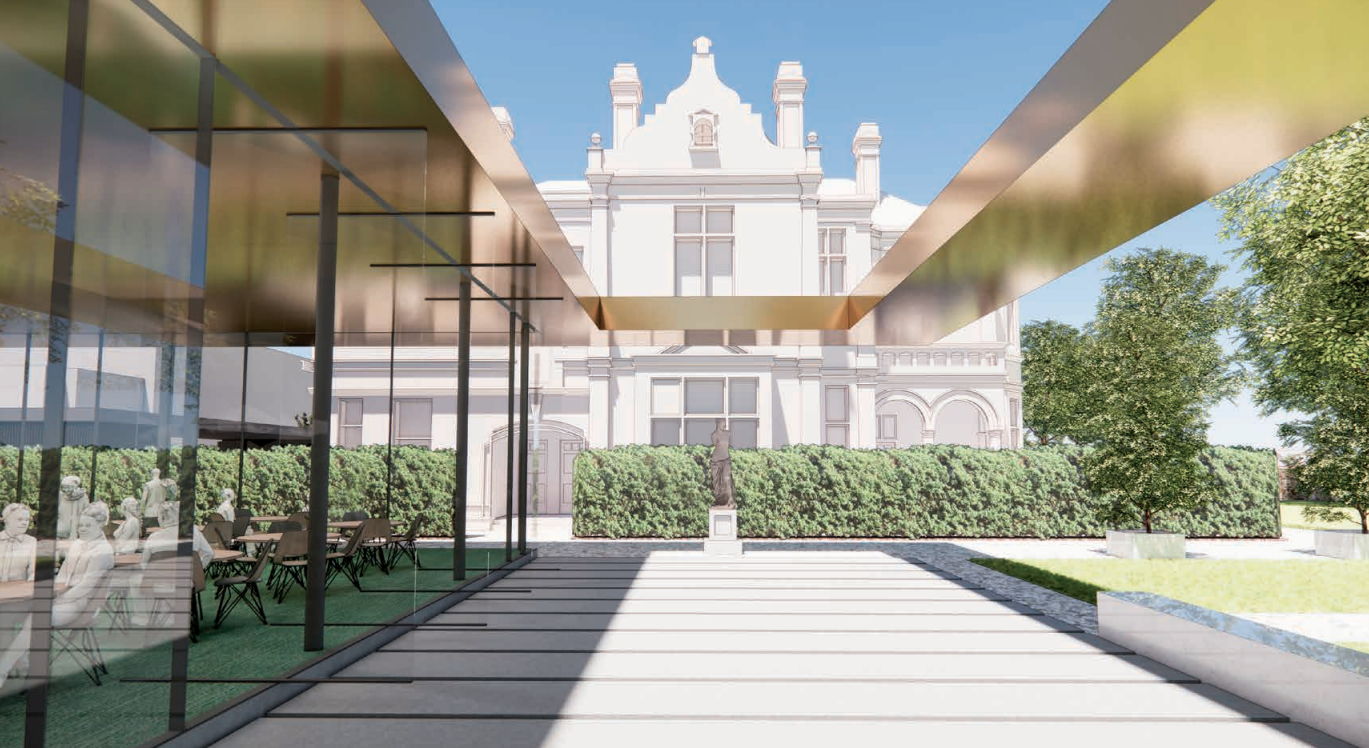 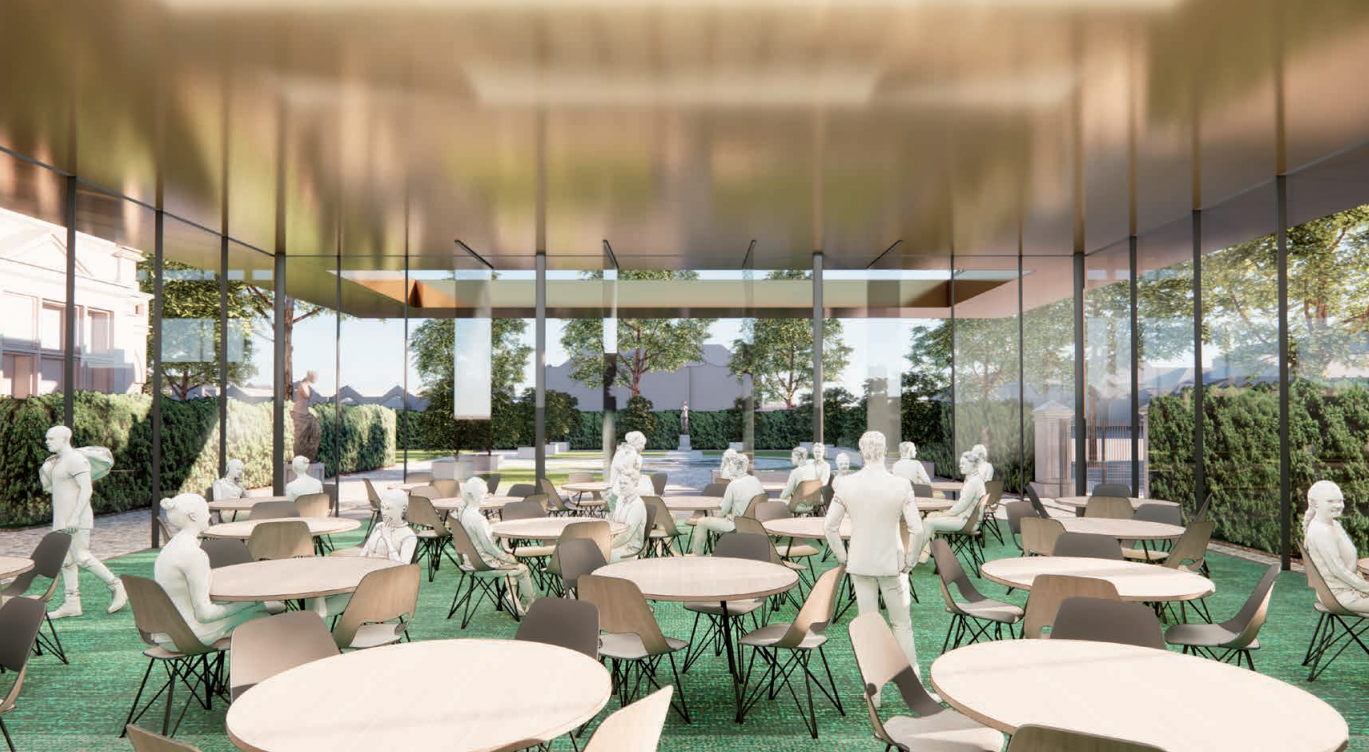 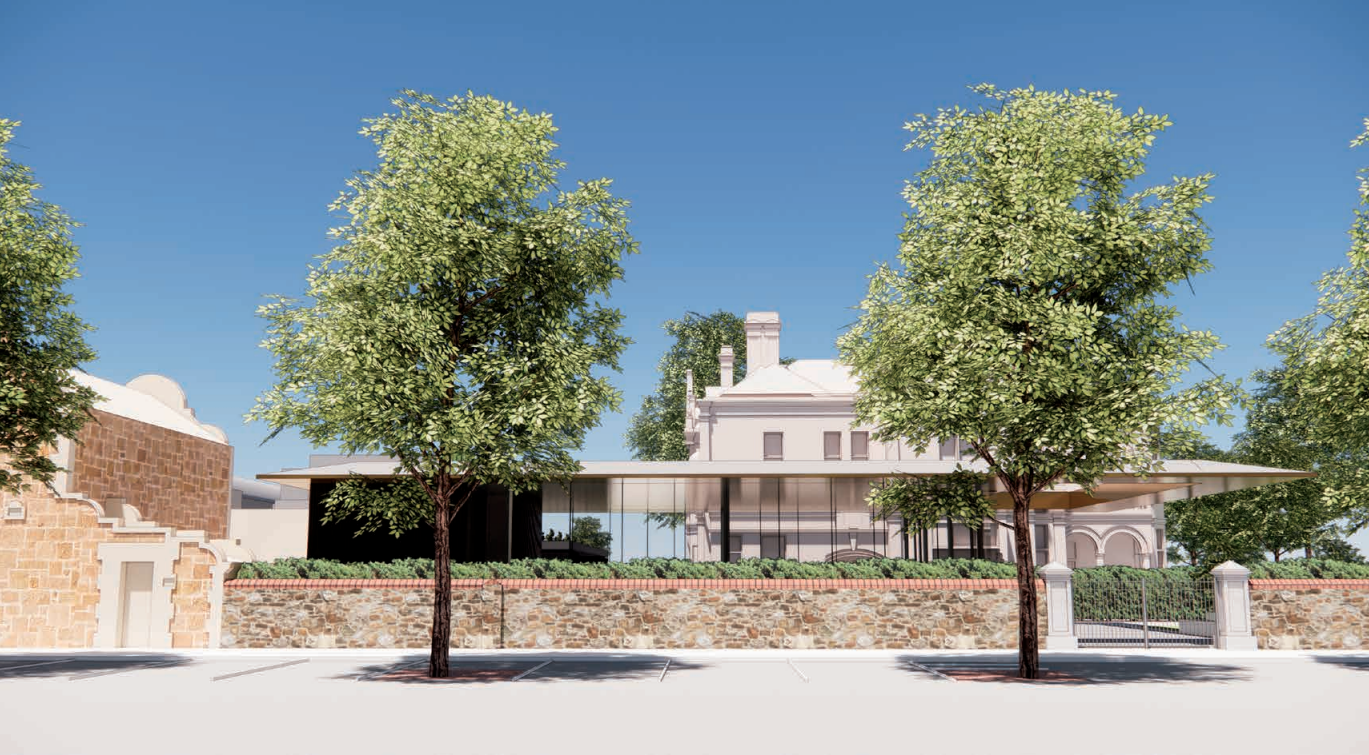 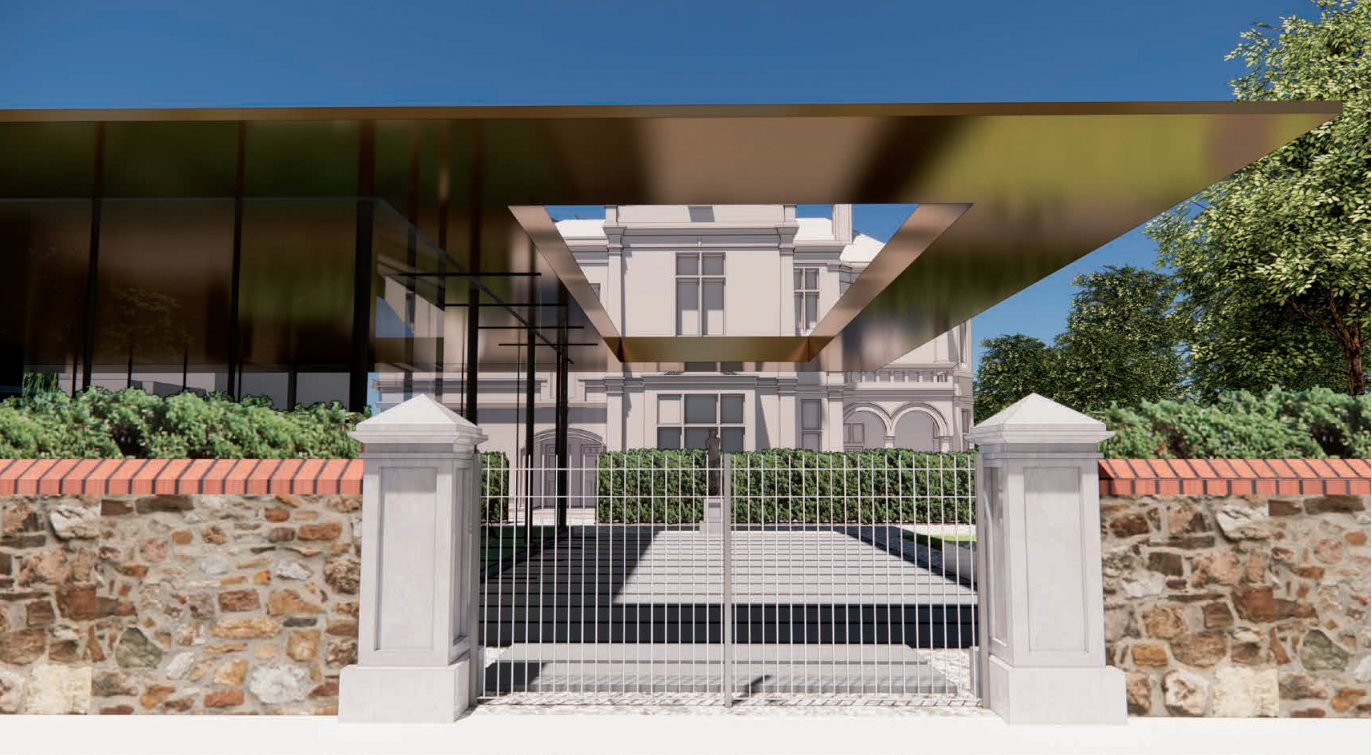 Originally named “The Firs”, the Queen Anne-style Rymill House was built for prominent Adelaide businessman Henry Rymill in 1884 and remained in the family for nearly 100 years.

It was purchased by the Federal Government in 1950 and housed the office of the Postmaster General until 1982, before falling into a state of disrepair.

The current owners, the Constantine family, purchased the property in 1998 and embarked on a meticulous restoration project.

Custodianship is now shared between the Constantine family and the Rymill House Foundation Trust, which was established in 2012. 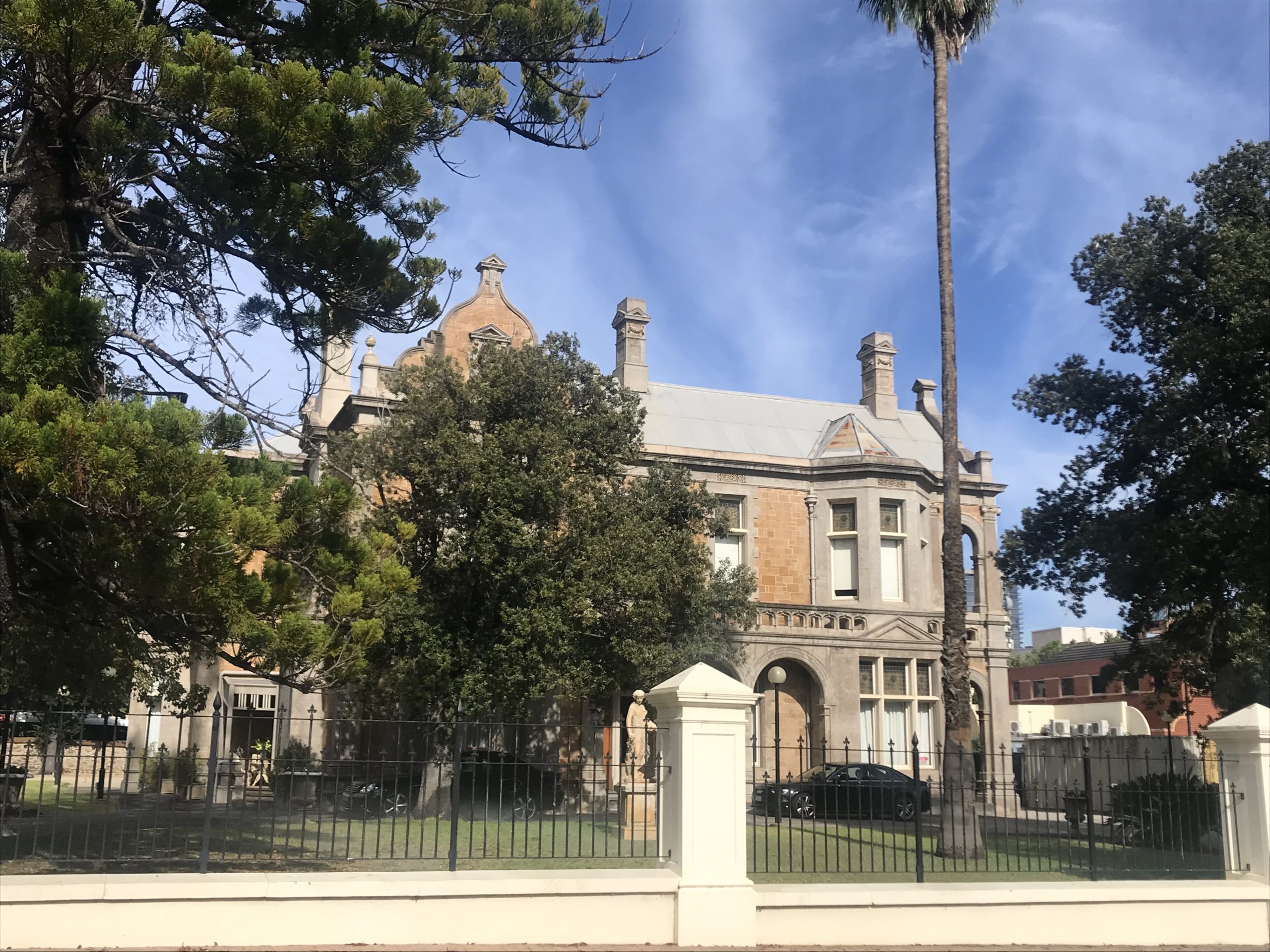 According to a heritage statement, Rymill House is considered one of Adelaide’s “landmark” buildings and “one of the largest and most prominent 19th century park lands mansions for which Adelaide has been renowned”.

“The relatively large scale, stylistic qualities and location of Rymill House afford it a substantial presence in the locality and it is something of a landmark,” the statement says.

“It is one of three parkland frontage town mansions that (original architect John) Haslam is believed to have designed in the English Queen Anne style.

“It is believed that he introduced the style to South Australia. Interestingly, the style was largely abandoned after his departure.”

Planning documents state the architecture firm that designed the function centre, Enzo Caroscio, met with the Adelaide City Council and Heritage SA in August and there was “general agreement that the preliminary design satisfied the relevant provisions of the Planning & Design Code”.

The documents state that because the function centre is only proposed to be five-metres-high and its design differentiates between old and new, it complies with heritage regulations.

“The design composition is deliberately restrained – it is conceived as a simple, glass box,” the documents state.

“The supporting structure is concealed to a large degree by glass curtain walls capped with a slender roof that projects and cantilevers at the southern end to form a dramatic entry statement that frames views of the main western gable of Rymill House.”

The Rymill House Foundation Trust has also proposed building a four-car garage and storage building, as well as installing a lift and erecting an external door to the house.

The public has until February 2 to submit feedback on the plans.