The merger of Santos and Oil Search is now effective following approval of Oil Search’s Scheme of Arrangement by the National Court of PNG on Thursday.

The merger creates “a regional champion of size and scale”, with a market capitalisation of about $22 billion.

Oil Search applied for its shares to be suspended from trade on the ASX and PNGX at market close on Friday. It will be removed from the S&P/ASX200 today.

The merged company, which will be headquartered in Adelaide and retain the Santos name, will sit just inside the top 20 Australian listed companies by size.

It will also be in the 20 largest global oil and gas companies and led by current Santos managing director and chief executive officer Kevin Gallagher, with three non-executive directors from Oil Search to join the Santos Board.

New Santos shares will commence trading on the ASX on Monday, December 20.

That will end a six-month process that began when Santos put a confidential merger proposal to Sydney-based Oil Search on June 25.

Santos also announced it had finalised an agreement to sell a 12.5 per cent interest in the Barossa project to an Australian subsidiary of JERA.

The sale will date back to March 2020 and completion is expected in the first half of 2022. Santos will receive about $420 million upon completion.

Santos approved the $4.7 billion Barossa project northwest of Darwin in March, which it says represents the biggest investment in Australia’s oil and gas sector since 2012.

After the sale completion, participants in the Barossa project will be Santos (50 per cent and operator), SK E&S (37.5 per cent) and JERA (12.5 per cent).

An artists’ impression of one of SeaLink’s new ferries.

SeaLink has retained the contract to operate its flagship Kangaroo Island ferry service between Cape Jervis and Penneshaw until at least 2039, with the company committing to a $50 million capital spend on new boats, infrastructure and terminal refurbishments.

The Kelsian Group subsidiary has also announced it intends to increase the number of daily ferry services between the two ports from five to 11 by 2024.

The new contract will see a significant reduction in fares for KI locals, with a resident adult ticket dropping from $31 to $6.80 in March next year.

SeaLink has operated the KI route since 1989. Its new contract with the State Government gives the company exclusive rights to provide the service until 2039, after which two five-year performance-based extensions can be granted.

Under the terms of the contract, fares for KI residents and freight services are controlled, while tourist and non-resident fares remain uncontrolled and subject to a “dynamic pricing mechanism”.

The company also said it has committed to design, construct and commission two 59.7-metre-long diesel fuelled catamaran ferries “within the next few years”.

“We have a 32-year history of the safe and reliable delivery of this critical ferry service across the treacherous and exposed Backstairs Passage and under this new contract we will continue to serve the residents, businesses and tourists of Kangaroo Island until at least 2039,” he said.

“The additional capacity and confidence we have in continuing to build visitation is the key to being able to offer cheaper fares to residents on this route.”

Super funds push ahead with plan to join forces

Hostplus and Statewide Super have signed a Successor Fund Transfer (SFT) deed to formalise the progression of a merger between the two industry super funds.

The SFT deed will allow Statewide Super to transfer their members and investments to Hostplus.

The majority of Statewide Super members are in South Australia and the Northern Territory while there are also 60,000 Hostplus members in the two jurisdictions.

The merger between the two well-established profit-for-member industry super funds will result in a multisector, national fund anticipated to have over 1.5 million members, 280,000 contributing employers and more than $85 billion in funds under management.

Hostplus CEO David Elia said the SFT deed was an important step towards a successful merger.

“We are absolutely delighted today as we continue to create a national fund of greater size and scale, supporting the best financial interests of our broadening membership. We are really proud of what we continue to build at Hostplus and we look forward to welcoming Statewide Super’s members, employers and staff in 2022.”

“I have enormous respect for Statewide Super’s achievements and their dedication to their members over many years.”

Statewide Super CEO Tony D’Alessandro, said members would benefit from being with a super fund of larger scale.

“This merger will lead to low administration fees, no asset-based administration fees, an expanded product range and greater investment opportunities, while still offering local servicing both in-person and over the phone in South Australia and the Northern Territory,” he said.

South Australian-based KWP! has been awarded the top prize at the 2021 Committee of Tourism (CIFFT), to become the first Australian advertising agency to win the World’s Best Tourism Film gong twice.

KWP! won the global award previously in 2014 for their Be Consumed film for South Australia’s Barossa, featuring the unforgettable Nick Cave soundtrack.

Swaffer said the agency entered ‘Seek Different’ in the CIFFT Circuit because it believed it was a special film.

“It’s now great to know that a lot of other, well-respected people from all around the world believe it is special too,” he said.

The new digital division will broaden JBS&G’s existing Digital and Creative Solutions and Corporate Affairs services to its clients nationally and allow it to grow its Adelaide office.

It will also enable 57 Films to focus on its original film production slate, while still providing corporate film services exclusively to JBS&G clients.

The two companies have worked closely together for many years on a number of online learning and training solutions, corporate films and visual content for clients locally and internationally.

JBS&G has 10 offices in major cities in every state and offers a range of environmental consulting services supported by in-house digital and creative solutions teams and a corporate affairs consultancy called Consentium.

“JBS&G Australia and 57 Films have been partners for many years, delivering creative storytelling and communication outcomes for our clients … we were ready to move to the next stage and see this as the perfect next step for both organisations,” he said.

“The current COVID-19 landscape has accelerated the need for the delivery of innovative and creative digital and online solutions for communication and engagement.”

57 Films CEO Paul Ryan said he was excited about the partnership, which will allow the company to focus on its original film and documentary production while continuing to provide corporate film services to an expanded client portfolio through JBS&G Australia.

“We have a number of factual projects and a feature film in strong development which we hope will enter into production in 2022,” he said. 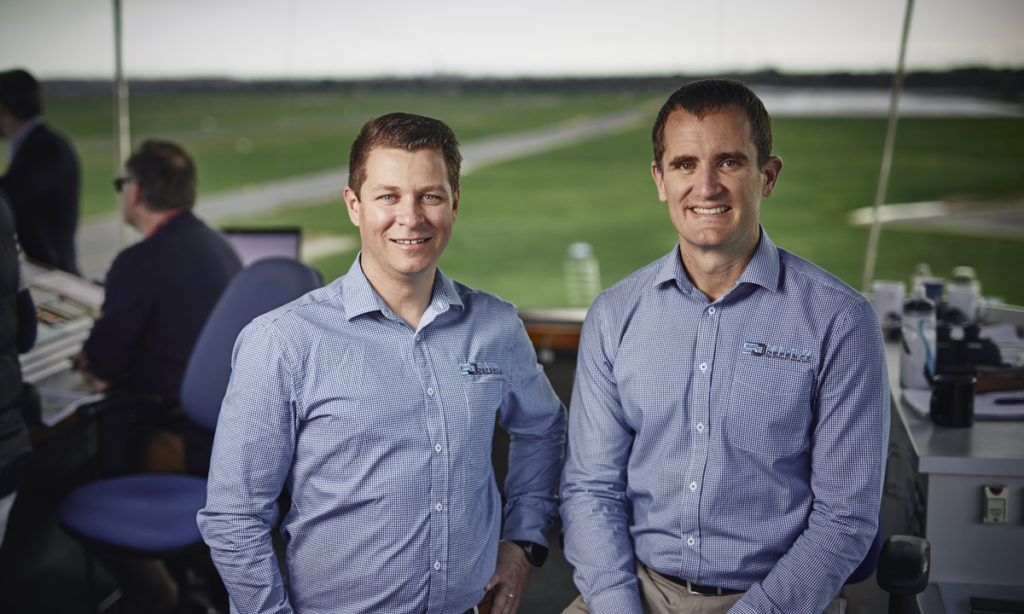 An Adelaide-built space observatory to monitor space debris movement to help prevent collisions with satellites has opened in one of the darkest parts of the state.

The ‘Oculus Observatory’ is a new kind of space observatory designed, built and managed by Silentium Defence.

Silentium Defence claims the array delivers the widest field of view and the most cost-effective monitoring of objects in orbit anywhere in the world.

He said ‘Oculus’ was set to be the workhorse of space surveillance, supporting both commercial and government applications.

“Unlike traditional space surveillance technologies that provide a narrow view of debris and objects in orbit, the sensors at our observatory provide coverage of an area the size of South Australia,” he said.

“For customers, this means we will detect and track objects they expect to see, like satellites and catalogued debris, as well as new and unknown objects that may pose a threat to critical services or assets in space.

“Not only do our sensors detect those objects, but because of our coverage, they maintain visibility and tracking for significantly longer.

“To manoeuvre a satellite safely in space takes time. It is a costly exercise that can limit a satellite’s life. Any decision to manoeuvre must be based on the most accurate, up-to-date and informed data, and that’s what our new observatory provides.”

The Oculus Observatory is the first of a planned network of wide-field-of-view observatories to be deployed by Silentium Defence across the globe.

The company’s unique radar technology allows its sensors to exploit power from pre-existing transmitters, meaning its space surveillance radars can be built and commissioned rapidly and more cost-effectively anywhere in the world without spectrum license approvals. 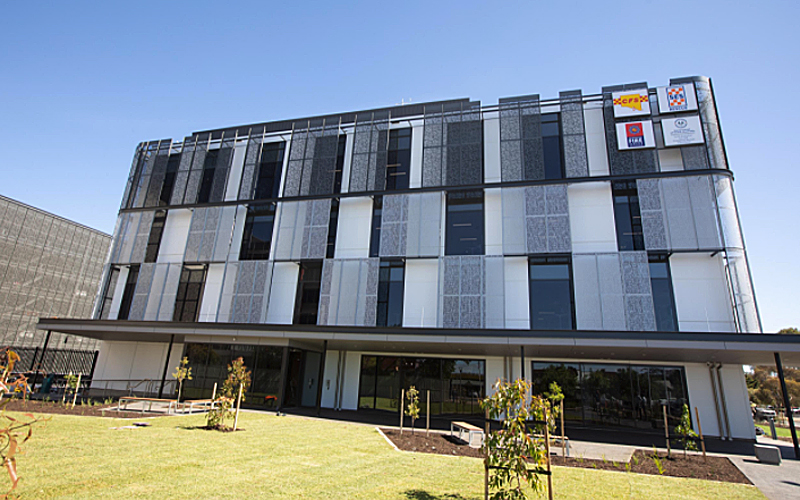 The new headquarters, in the World Park Precinct at Keswick, is said to be earthquake-resilient and features backup power, water and wastewater storage as well as technology redundancies able to withstand major disasters such as floods and storms.

Publicly-listed Axiom will now receive the final tranche from the $80million  sale.

It expects the net proceeds to be approximately $10.5 million, with a further $2.5 million expected to be paid on completion of the first anniversary of the building in December 2022.

As approved by Shareholders at the Company’s Annual General Meeting in November, the final development fee proceeds are being used to partially fund a Return of Capital to Shareholders, to be paid later this month.

Minister for Emergency Services Corey Wingard said having all our agency heads under one roof would allow for better integration and collaboration and will streamline interagency communication.

“There will also be a dedicated space for volunteers and union representatives.

“Our recent Independent Review into the 2019/20 bushfire season talked about the need for enhanced communication and IT sharing between our emergency services and this new headquarters will go a long way to achieving that.”

Axiom’s other local projects currently include a $180 million 25-storey building in the city known as SIXTY2CURRIE and the Gleanlea housing estate at Mount Barker.