South Australia’s reopening plan states only fully-vaccinated people will be allowed to participate in “high-risk activities” once 90 per cent of the population aged 12 and over is doubled-dosed.

The plan lists nightclubs and drinking alcohol while standing as examples.

SA Police told InDaily that it is currently reviewing the direction to determine which activities will be allowed and how compliance should be monitored.

But hospitality and entertainment venue owners are worried the current wording of the direction implies that it would be up to businesses to check customers’ vaccination certificates upon entry if they want to resume their normal trade.

They said the government already requires businesses to monitor mask-wearing compliance, and they expect it will do the same for vaccination checks.

Aldinga wine bar Sourc’d was shut for several months in March due to the prolonged impacts of coronavirus restrictions.

Owner Matt Johnston reopened in August, but said he may be forced to close the bar again if he’s required to pay a worker to “play bouncer” and check people’s vaccination certificates to allow them to drink alcohol while standing.

“I’ve already tried to link my vaccination certificate to my phone and it doesn’t work, so just imagine the frustration of a bunch of people standing at the door saying it doesn’t work and yelling at us,” he said.

“We’re not a nightclub on Hindley Street where you stand behind a rope with a bouncer.

It follows reports in the eastern states of violence and abuse hurled at retail and hospitality workers after they asked customers to show evidence of their vaccination status.

Last week, a Melbourne bookstore was forced to hire professional security after a staff member working as a COVID-19 marshal was allegedly pushed down an escalator.

Johnston said he knew of the reports and didn’t want his staff to experience the same level of abuse.

He said he was already losing about 10 customers each week who refused to wear faces mask inside his venue.

“People are losing their minds about it and walking out,” he said.

“Nine times out of 10 they respond with, ‘I don’t legally have to show you a (mask) exemption because you’re not a cop’.

“The problem is under the health order, if a police officer walks in and sees someone without a mask… I’m the one that gets fined $5000.” 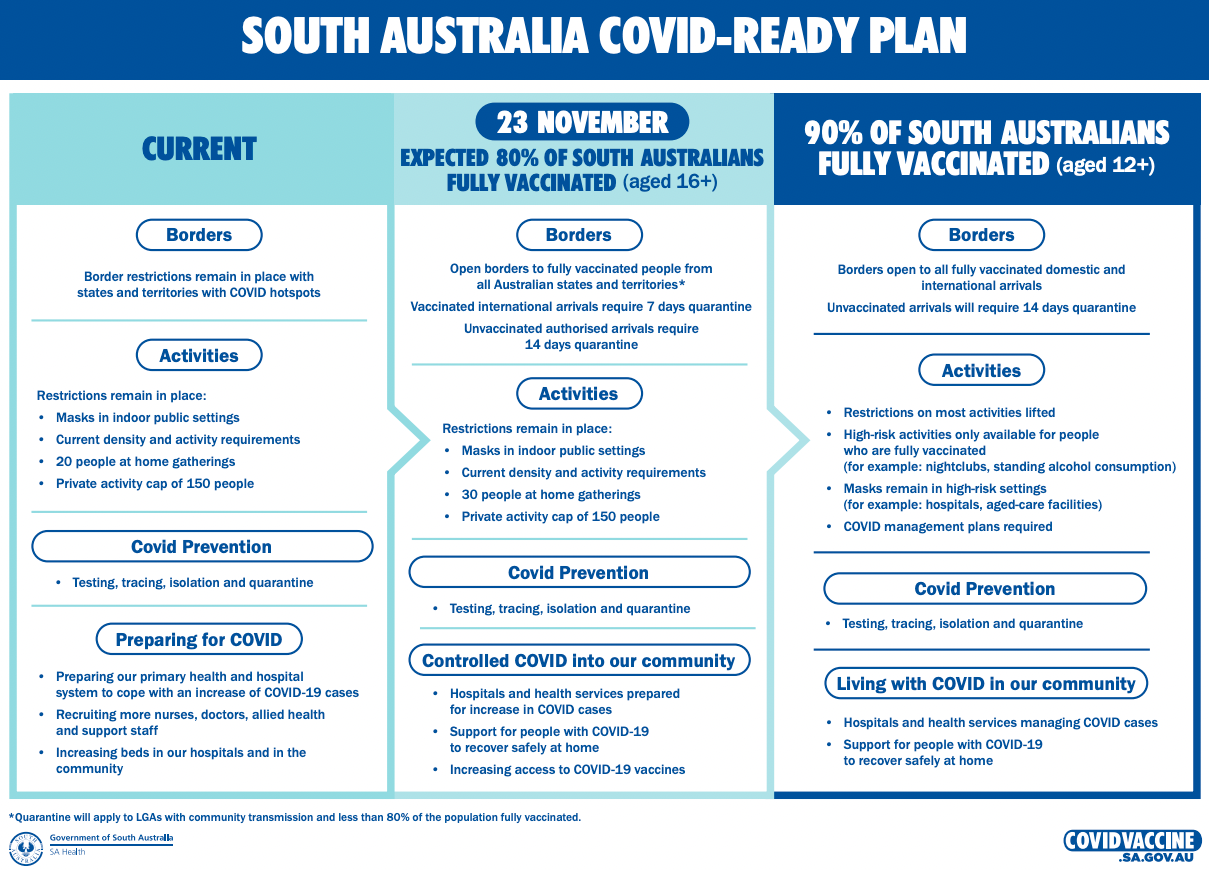 The collective is a group of Adelaide-based hospitality businesses who are advocating for an end to prolonged coronavirus restrictions on the industry.

Makarenko said allowing only vaccinated people to attend nightclubs or drink alcohol while standing was a “sneaky” way of mandating vaccinations for the hospitality sector without outright enforcing a blanket rule.

He said the government was increasingly putting the onus on businesses to police customers, with those who refused facing hefty fines.

“I don’t know many pubs around town that are going to be happy still having sit-down drinking, so effectively they’ve got our arms twisted behind our back to once again have us police their restrictions,” he said.

“It’s all or nothing – you can’t have a combination of no-vaxxed and fully-vaxxed customers – you’ve got to go one or the other otherwise it would be a nightmare to police it.” 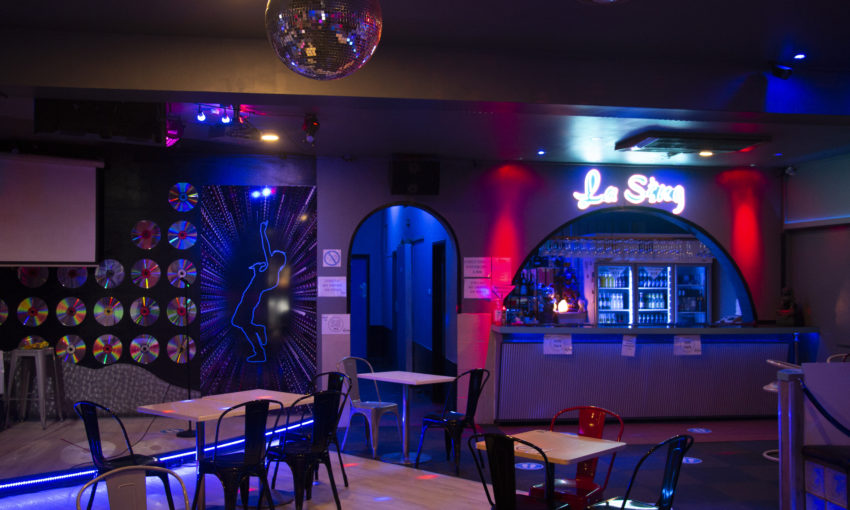 Makarenko said he was already having “weekly” arguments with customers who refused to comply with the mask-wearing requirement and he was concerned that asking certain patrons to show their vaccination certificate could cause further angst.

“Initially, people go in (venues) sober and they’re very compliant, but once they’re inside and they’re in with their friends they feel empowered or entitled and they start saying things like, ‘you can’t force me, I’m not wearing it’.

“Throwing this other whammy of combination of vaxxed or unvaxxed just won’t work – it’s got to be one or the other.

“I doubt every pub in Adelaide has a security officer on every night who could check people’s vaxxed status, so that would increase their fixed costs and put more stress on the business to earn money.”

Fellow Hospo Owners Collective co-founder and Duke of Brunswick Hotel owner Simone Douglas said the direction would create “two classes of venues” depending on whether they were prepared or able to monitor people’s vaccination status.

“It’s just an absolute minefield and just another great example of burdening already stretched, mentally bruised and battered hospitality business owners with yet again something else to deal with,” she said.

“I don’t even know that my venue could ensure compliance because I have eight entry doors and people either come to the bar to order or are served at their tables.

“Do I employ someone whose one job for 12 hours a day is to walk around and ask people to see their vaccination certificates? It’s just messy.”

But other venue owners said they would be happy to check people’s vaccination status if it meant they could resume normal business.

Lion Arts Factory and Five Four Entertainment co-owner Craig Lock said he was more concerned about a “lack of detail” about what constituted a “high risk activity”, including whether dancing would be allowed once the state hits its 90 per cent vaccination target.

“We’re trying to just get an answer from them (the government) about what is their plan once it gets to 90 per cent?” he said.

“They haven’t even made that commitment yet, so the double-vaxxed thing is kind of further from my thoughts.”

Lock said the uncertainty had prompted the cancelation of shows scheduled for January through to March, as interstate bands weren’t sure how many tickets they could sell or whether dancing would be allowed.

He said industry representatives had presented the government with a suggested roadmap showing which restrictions they think should be lifted once the state hits its 90 per cent vaccination target.

“If they said to me, ‘you can reopen back to normal with 100 per cent capacity and drinking and dancing as long as everybody there is double-vaxxed’, I’d be checking people’s vaccination passport on the way in,” he said.

A SA Police spokesperson told InDaily that the government was reviewing the Emergency Management Act direction to determine the requirements once South Australia reaches a 90 per cent vaccination rate for people aged over 12.

“The necessity for people to be vaccinated to participate in specific activities is being considered including how compliance will be monitored,” the spokesperson said.

Premier Steven Marshall earlier this week said he was hopeful that South Australia would reach its 90 per cent vaccination target before the end of the year, with just over 90 per cent of the population now at least partially vaccinated.