Latest Australian Bureau of Statistics data updated last week shows Greater Adelaide is now home to 77.8 per cent of the state’s population, while almost all of the major growth areas outside of the city are within a 90-minute drive.

InDaily will explore a number of the regions in greater detail this month to assess the reasons for their growth or decline and examine what is needed to help sustain them into the future.

The population decreases in towns in the Mid North, Eyre Peninsula and ‘Iron Triangle’ of Whyalla, Port Augusta and Port Pirie are of particular concern as they are also in areas of relatively high unemployment.

In terms of national growth, South Australia continued to fall further behind other mainland states with the number of people living in capital cities around Australia increasing 1.4 per cent and 1.1 per cent in regional areas.

It is the fourth consecutive year that all three of the former ‘Iron Triangle’ cities have reduced their population.

Despite being considered in the Greater Adelaide region, the Adelaide Hills gained 1370 people led by the population boom in Mount Barker, which added 954 people at an annual growth rate of 4.9 per cent.

That was the second biggest growth spurt of any SA region, behind the Munno Para West/Angle Vale district in Greater Adelaide, which added 967 people at a rate of 6.6 per cent. 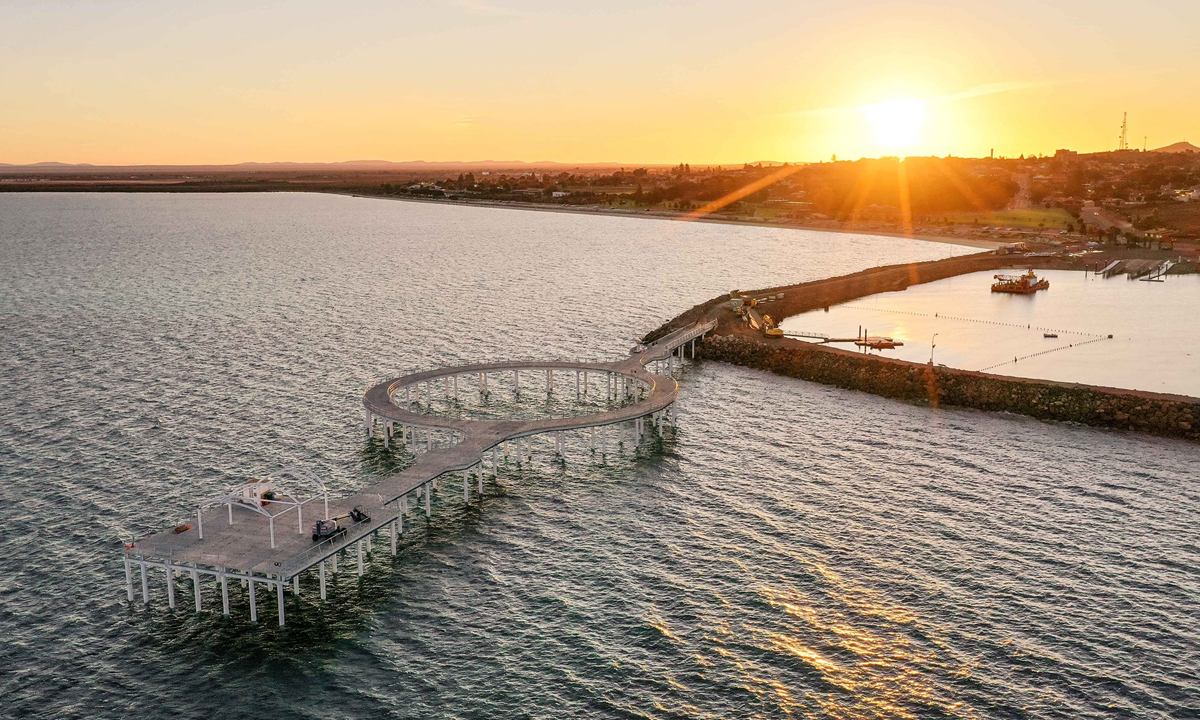 Whyalla’s new jetty has not been enough to convince people to stay living in the steel-making city,

The Barossa Valley grew up by about 250 people while Yorke Peninsula gained about 125 on the back of modest increases in Moonta, Kadina and Wallaroo.

Limestone Coast gained about 270 people driven by growth of about 200 in Mount Gambier, where the population hit 29,946 to make it clearly the state’s largest regional centre ahead of Whyalla and Murray Bridge.

Eyre Peninsula was steady despite losses in Whyalla and Ceduna and the Riverland gained just two people.

The Lower and Mid North lost about 140 residents despite growth of 54 people in Clare while the Outback areas lost 236 people, driven by the 162-person exodus from Port Augusta.

A lack of jobs could provide some explanation for the exodus from the Iron Triangle cities. The ‘Outback’ labour force region, which includes Whyalla, Port Augusta and Eyre Peninsula has regularly recorded unemployment figures of 10 per cent or more this year.

A slow population growth rate in the South East and Riverland regions has coupled with low unemployment and workforce participation rates to lead to job shortages, particularly in several key primary industries.

Onkaparinga Council in the outer southern suburbs of Adelaide continues to be the state’s most populated local government area, growing by 1630 people to 174,575.

Salisbury is still the state’s second-largest council with 144,872 people, up about 1250 on the previous year.

In terms of Federal Electorates, all of South Australia’s 10 jurisdictions grew.

The Outback seat of Grey covers a huge portion of the state including the Mid North, Yorke Peninsula and Eyre Peninsula. It grew by just 23 people in the year to June 30.

InDaily will look at a number of SA regions in greater detail in the coming weeks to examine the reasons for their population changes and what they are doing to attract new residents.