Leigh Creek Energy managing director Phil Staveley led a small delegation to Korea last week to finalise the 500,000 tonne per annum heads of agreement deal with Daelim, which is potentially worth more than $500 million a year.

“We hadn’t met any of the people from Korea in person and Asian business is about relationships so we were able to develop the relationships that we started over Zoom,” Stavely told InDaily yesterday from hotel quarantine in Sydney after returning from Korea on Monday.

“It is no coincidence that immediately following travel borders being opened up that we were able to travel to Korea and hold very positive meetings with Daelim.

“This HOA (heads of agreement) is important to our company as it sets out a clear process that mirrors the process used to sign the EPCC contract with Daelim.”

The publicly listed company earlier this year raised $18 million to fund Stage 1 of the project to advance it towards the commercial production of syngas to initially be used to create power that can be sold on the national grid.

The generator has been ordered and is expected to be delivered in about March.

The larger Stage 2 part of the $2.6 billion project involves the expansion of gasification fields, 100MW gas-fired power generation, an ammonia facility, a urea facility and logistics, loading and transport to initially produce one million tonnes per year with the potential to double output.

Staveley said a final investment decision on Stage 2 was due in September next year with the 18-30 month construction period planned to begin in January 2022.

“We’ll be putting in the development application for Stage 2 – the big plant – very soon and at the same time the bankable feasibility is being done independently and that will conclude in about January,” he said. 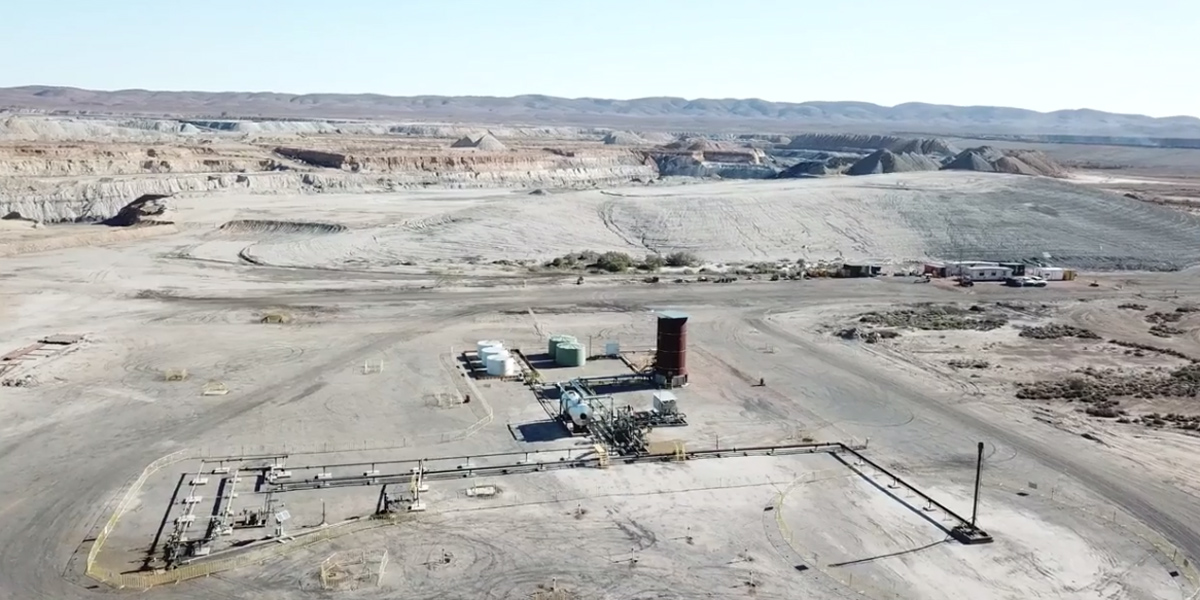 The desolate landscape around the former coal mine at Leigh Creek.

Leigh Creek Energy says the average nominal operating cost of its urea plant is about $109 per tonne and within the lowest quartile of the global urea production cost curve.

The global urea price is currently about $1300 per tonne, more than double the $489 per tonne it was in Australia when the company completed its pre-feasibility study in November last year.

The HOA allows both parties to exclusively work through and finalise the detailed terms of the offtake.

“There’s enough money in this contract to provide the financiers with the comfort to do the final investment decision that we’re planning for next year and we don’t need another offtake agreement – we may well do one – but we don’t need one.

“Now we’ve got to work out what we want to do with the domestic production and how we are going to sell that to the farmers.

“Half of our production is going to go to Daelim and what they do with it is up to them – the likelihood is it will go to Korea but if they want to sell it to Brazil then that’s fine, they can.”

The former Leigh Creek coal mine was used to supply the coal-fired Playford power plants at Port Augusta, which were a major producer of SA’s electricity from the 1950s until 2012.

Leigh Creek Energy plans to use a 250km rail line linking the former mine with Port Augusta to transport the urea closer to major freight routes.

Staveley said staff numbers in the Adelaide office had built to 45-50 from 20 in the past few months with the project set to have a peak workforce of 2000-3000 during construction.

“At the end of the financial year we’ll have 150 and about half of those will be on-site,” he said.

Leigh Creek Energy’s share price spiked following yesterday’s announcement, gaining more than 20 per cent to close the day at $0.145 to give it a market capitalisation of $120 million.

The company was ranked No. 67 in InDaily’s 2021 South Australian Business Index of the state’s top 100 companies.