The Watkins Wine brand launched in October 2020 amid COVID-19 lockdowns and uncertainty in the industry arising from tensions with China but it still managed to sell out of its 2300 cases of branded product by April.

Securing an eastern states distributor in the coming months will be a key to the Watkins’ goal of doubling sales to 20,000 cases in the following year.

The Chandlers Hill winery is in the Adelaide Hills wine region on the edge of suburbia and is just a stone’s throw from the McLaren Vale wine jurisdiction on the other side of Chandlers Hill Road.

Most of the brand’s sales have so far been through the cellar door while distribution through about 90 South Australian restaurants, hotels and independent bottle shops is also helping to drive brand awareness. 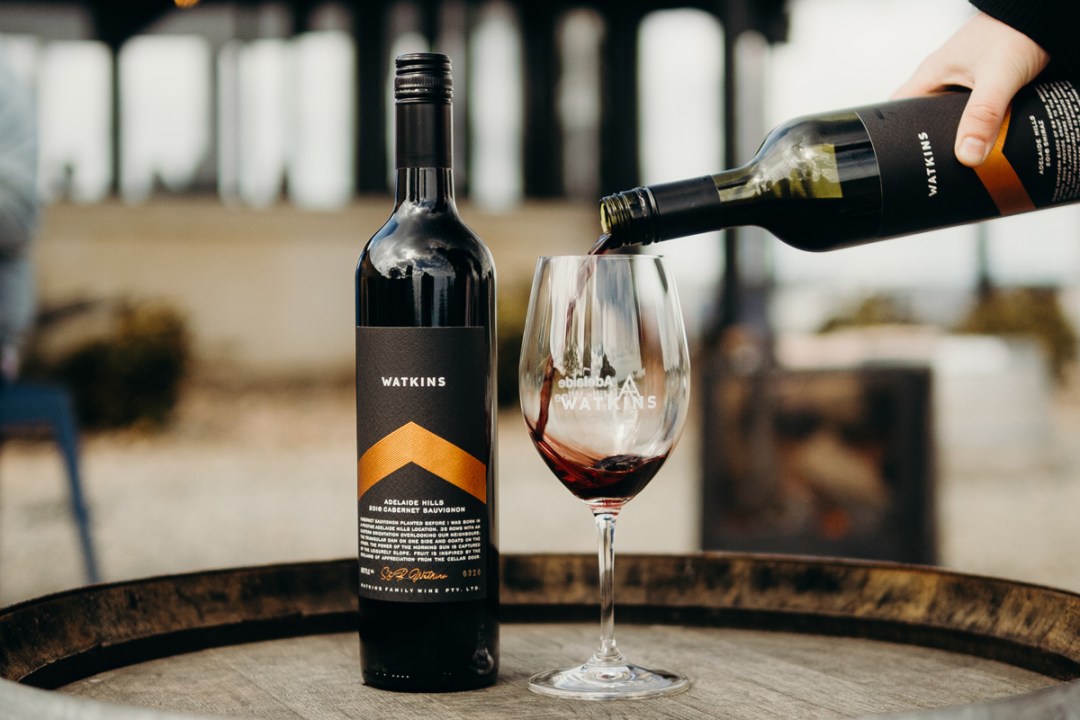 While starting out a new brand is challenging, particularly at a time of such great uncertainty in the wine industry, the Watkins siblings have been given a significant head start, thanks to their parents David and Ros.

Fleurieu Vintners also owned a total of six vineyards in the Adelaide Hills, McLaren Vale, Langhorne Creek and Currency Creek, with the fruit predominantly used to produce bulk wine at its two wineries.

Sam has worked as a winemaker for more than a decade, primarily at Boar’s Rock, and is also the chair of the Langhorne Creek Winemaking Committee.

Ben, a chartered accountant who was working in the United States for PwC, returned to Adelaide to join the Fleurieu Vintners business.

“We had two kids working for the business and Warren’s focus was shifting north to the Barossa so we decided we’d go our separate ways in 2019 and we ended up buying back the Chandler’s Hill winery and two of the six vineyards – Clarendon and Langhorne Creek – and the remainder of the assets went to Warren,” David said.

“It was always the plan to move into the family brand and sightly away from bulk wine when the business was established in 2019.

“We know that brand building takes a long time so we thought we’d start building the brand while we still had the bulk wine business going really well and it’s another value add for the family.” 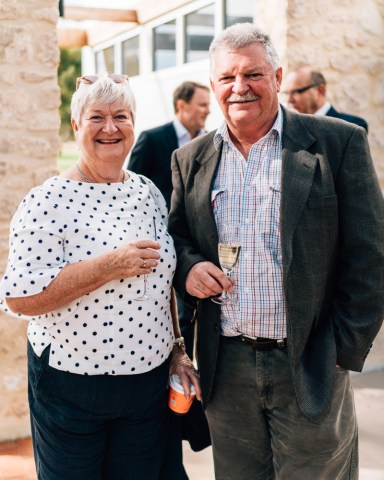 Jo joined the business last year as brand and marketing director after returning from the US where she had been working for the Department of Foreign Affairs and Trade in Washington.

The 50-year-old Chandlers Hill winery is actually among the biggest in the Adelaide Hills region and was originally built by the Light family before being bought by Norman’s Wines and then WA winery Xanadu ahead of its sale to Fleurieu Vintners.

About 60 per cent of the crush was grapes grown by the Watkins family at Langhorne Creek and Chandlers Hill while the remaining grapes were crushed under contract for other wineries.

The 10,000 cases of bottled and branded product represents only about 10 per cent of the family’s own production.

There are about a dozen different varieties grown at the 141-hectare Langhorne Creek vineyard and the winery has up to 14 different wines in its cellar door at any one time ranging from sparklings and traditional varieties through to alternative blends and wines made using techniques such as carbonic maceration.

Watkins Wine will also launch its first fortified, a tawny blend, next month.

He said having an abundance of grapes and the winemaking capacity “just feeds into the idea that we are so scalable”.

“We did have a big vintage last year but it’s not that big relative to the site,” he said.

“We’ve got the grapes and we can develop specific blocks for specific tasks – I’m going to make the wine anyway, it’s going to be here, so we can peel off as much of that as we need for our own brand.” 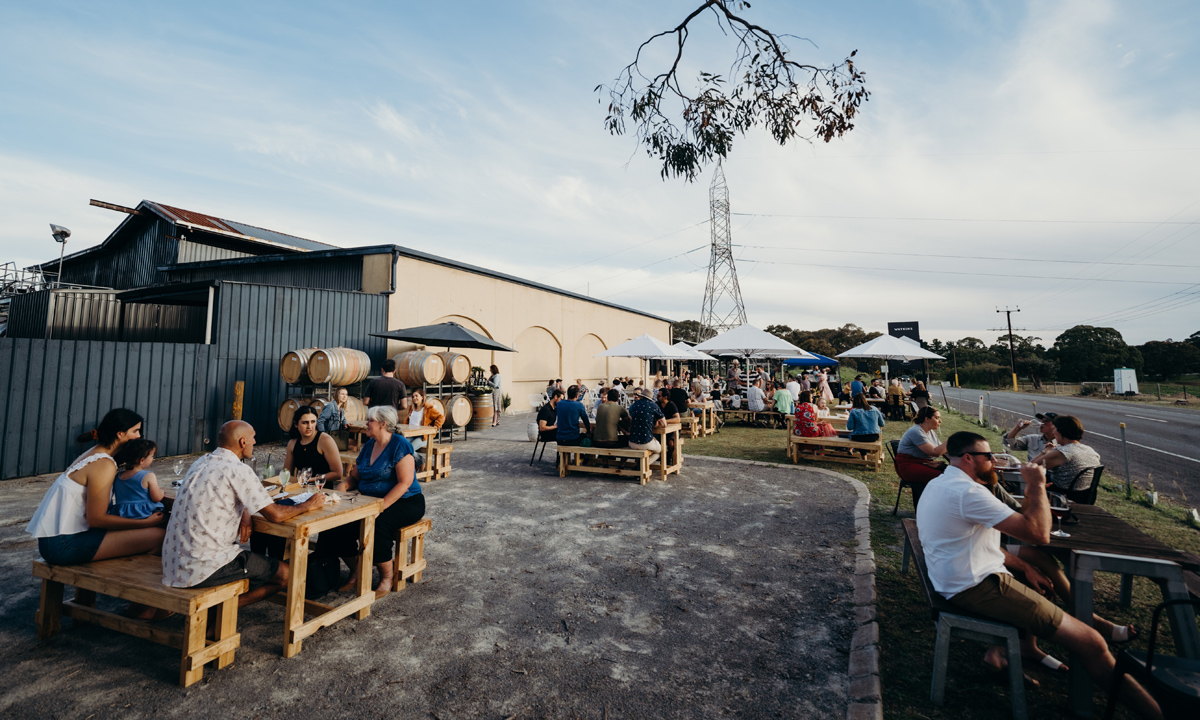 The winery won its first trophy this year, taking out the Best Sparkling Wine, White Wine or Rose at the Langhorne Creek Wine Show with its 2020 Rose Grenache.

Open on Fridays and weekends, the cellar door has fuelled the brand’s growth and also includes neighbour Dawn Patrol serving its locally roasted coffee and food trucks on weekends.

Jo said social media had played a crucial role in getting the message out.

She said while the cellar door was responsible for about two-thirds of bottled sales so far, striking deals with restaurants to serve Watkins Wine by the glass had also convinced people to visit the winery to find out more.

“We’ve had great success here – we have a very relaxed attitude about the serving of wine,” Jo said.

“People have been focused on buying local during the pandemic and the cellar door’s positioning in the heart of suburbia is working out very well.

“This road is a main thoroughfare for people heading south so we have a lot of people driving past who are very pleasantly surprised to see what’s happening here now.”

Watkins Wine was this year a recipient of a State Government grant to participate in Wine Australia’s US market entry program.

Ben, the commercial director and eldest Watkins sibling, said the aim of the Wine Australia program was to help the company link up with a North American importer, which was more challenging than it sounded in the complex US market.

He said Texas, where he already had business contacts, would likely to be a target but the process would take time.

“The first 12 months of the brand has been focused on South Australia, the next 12 months will be focused on the eastern states and then the year after that will be the US,” Ben said.

“We haven’t travelled at all – we haven’t left the state since we started – and that might explain our massive focus on South Australia and the success we’ve seen here.

“Now COVID is finishing and the borders are opening up that has triggered our decision to really start looking at distribution in the eastern states.” 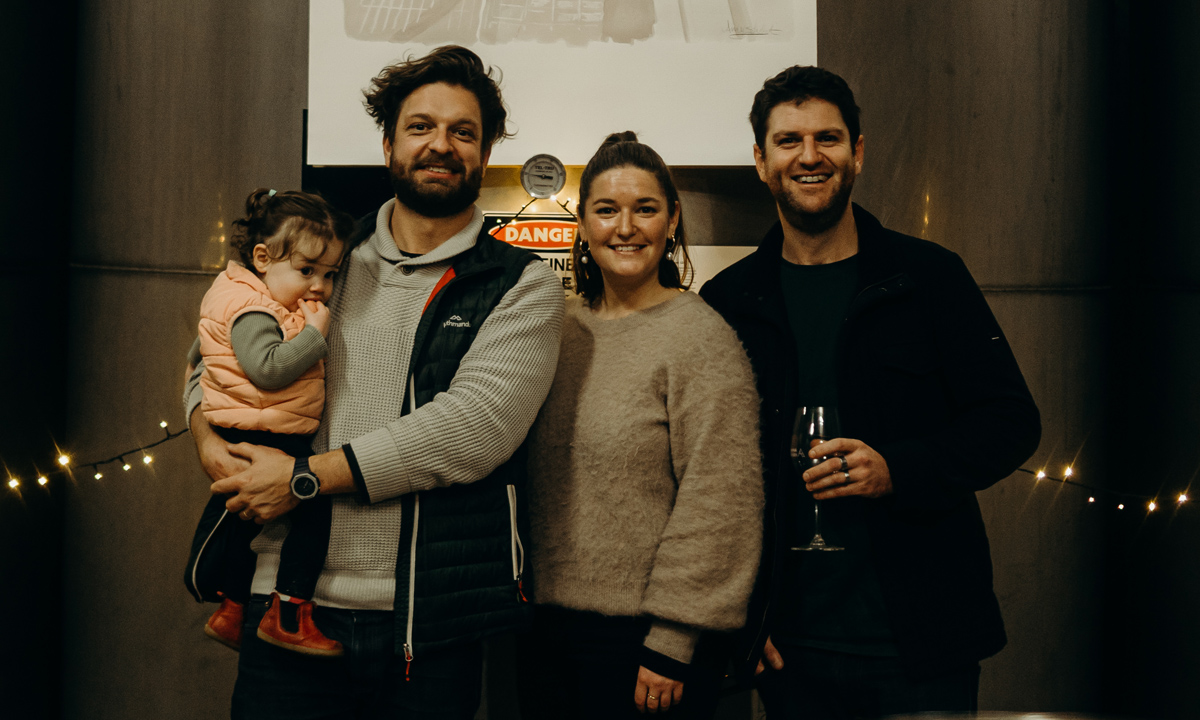 For now at least, the bulk wine and contract winemaking aspect of the business, collectively known as Watkins Grape and Wine, will continue to play a major role to support the small but growing family brand.

Although the company was not reliant on direct shipments to China, Ben said some of its customers were.

He said the tariffs and associated huge demand drop-off for all Australian wine in China were impacting all aspects of the industry in South Australia more than other states because of China’s love of SA’s premium red wine.

“In terms of the bulk side, there was a large percentage of our customers who were buying with the intention of sending to the Chinese market and we definitely suffered there,” Ben said.

“People talk about the dire straits the wine industry is in right now but it’s exacerbated by the suddenness of the China situation and the way it occurred and also the uncertainty of COVID.

“Everyone has seen the impact of COVID but greater than that is the uncertainty – businesses have not been willing to invest or commit because they do not know what the lockdowns are going to be going forward and that’s almost worse than the lockdowns themselves.

“It’s also expressing itself in the bulk wine area – people aren’t sure what is going to happen so people are letting their inventories run down.”