Sources have confirmed that organisational culture academic Dr Nick Takos, who was elected to the club’s board in a membership ballot in March, is the “staff member” involved in a standoff over their refusal to receive a COVID vaccination.

The club has ruled that all staff must be fully vaccinated, after the AFL previously mandated the jab for all players and football staff.

The cut-off date for a first dose under AFL rules was November 19.

It’s understood Takos is yet to receive the vaccine and continues to work through discussions with the club, but in the meantime is unable to attend Crows premises or events, including board meetings, in person.

The circumstances behind his preference to decline the vaccine are unclear.

Contacted by InDaily today, Takos said: “I’d probably just prefer not to comment – you’ll have to direct that to John Olsen.”

“I’ll just be respectful and say I’ve got nothing to say,” he said.

Olsen, the club’s chairman, said he had no comment to make when contacted. 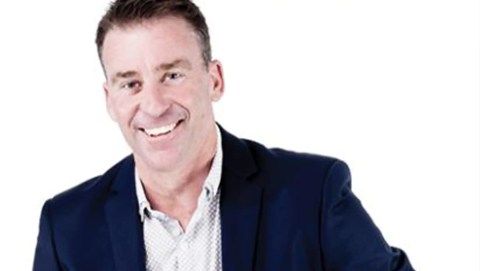 Nick Takos stood for the board this year.

But an insider said the standoff could create an unworkable situation, given unvaccinated staff “couldn’t be at Adelaide Oval, couldn’t travel to go to a game, couldn’t go to an event and couldn’t go to board meetings”.

“You can’t ask your players and staff to do something that the leadership’s not prepared to do,” the source said.

Takos is the second figure at the Crows to be caught up by the strict vaccination requirements, with inaugural AFLW player and registered nurse Deni Varnhagen this month placed on the club’s inactive list after she refused the vaccine.

She later posted on Instagram: “I’ve always stood up for what I believe in and I will continue to do that, no matter how difficult the journey may seem, there will be light and joy at the end of this road.”

Olsen told FIVEaa earlier this month that the club was in discussions with a vaccine-apprehensive staff member, whom he said worked in “administration”.

“We’re working that issue through with that person and hopefully we’ll come to a satisfactory resolution,” Olsen said at the time.

Takos, who previously spent 14 years working for the club from 1996 in commercial and marketing operations, was elected to the board in this year’s membership elections, garnering 31 percent of the vote in a four-person ballot.

It’s unclear whether Takos will be able to continue in the role if the standoff is not resolved, but it’s understood he remains a club director as of now.

Takos, who has a PhD in leadership and organisational culture, is also a lecturer and researcher in sport and recreation at the University of South Australia.

A university spokesperson told InDaily it “has been strongly encouraging vaccination within the institution to the point where our recent poll on the subject indicated that 94 per cent of our staff are, or intend to be, fully vaccinated”.

Olsen told FIVEaa in mid-November that the club wanted “to have the capacity to work through the issue with [Takos] as best we possibly can… but at the end of the day the AFL has made it clear – Adelaide Oval has now made it clear – that double vaccination is a requirement to fulfil duties”.