The statutory profit after tax, reported to the ASX last week, was driven by a 22 per cent increase in sales to $2.55 billion and a gross margin of $529 million, up 21 per cent.

The listed company’s real estate turnover was up 39 per cent to $3.13 billion and its wool business recorded a strong recovery with gross margin of $15.9 million, up 44 per cent.

The company said financial performance improved across all geographic and product areas in FY21, with the exception of the Feed and Processing business which was challenged by higher feeder cattle prices.

Elders Chief Executive Officer and Managing Director Mark Allison said the results reflected a feeling of optimism within the business and sector.

“It is an exciting time to be in agriculture as our industry continues to respond to the enormous increase in global demand for quality and safe Australian agricultural produce,” he said.

“The outlook is extremely positive and we intend to be there to support our customers to increase their productivity sustainably and grow their enterprises.”

Elders declared a final dividend of 22 cents per share, taking total dividends declared for the year to 42 cents compared to 22 cents in FY20.

The Adelaide-based company was ranked No. 10 in InDaily’s 2021 South Australian Business Index of the state’s top 100 companies.

Lonsdale robotics company Accurate Dosing Systems, which develops automated technology for the flavour and fragrance industry, will relocate to the Tonsley Innovation District in a bid to tap into the precincts automation expertise.

The company announced last week it would move to the new facility on Tonsley’s main promenade when construction was completed in March amid plans for a four-fold increase in its workforce.

Established in Lonsdale in 2017 by Masoud Bahmai, Mark Pitcher and Andrew Fotheringham, Accurate Dosing Systems began with a single prototype design for the original Quanta robot and found early success at the 2018 World Perfumery Congress in France.

It is the only manufacturer of dosing robots for the flavour and fragrance industry in Australia.

Accurate Dosing Systems’ most high-end robot – called Quanta – is able to generate a sample scent or flavour 30 times faster than a conventional dosing robot, allowing formulas to be created in seconds instead of hours.

The firm now exports its dosing robots to food and fragrance manufacturers across the world. Its robots have helped transform a traditionally labour-intensive industry into one that offers high-accuracy, short manufacturing lead times, reduced cross-contamination and a small machine footprint.

“People may not realise that a fine fragrance can contain up to 120 different ingredients, so a superior level of automation is required to measure and dose raw materials in the right quantity, while protecting a client’s intellectual property and maintaining the highest product standards possible,” Bahmai said.

“We hope to grow our team of five engineers to about twenty engineers over the next five years, so being located in a place where we can expand effectively over time will be crucial to our ongoing success.

“Our Tonsley headquarters will also help us attract and retain talent in engineering and automation, as we are situated alongside global automation firms such as SAGE, Rockwell and ZEISS while also being co-located with Flinders University’s innovation hub, which encompasses teaching and research in related industries such as computer science, artificial intelligence, autonomous vehicles, information technology, engineering and mathematics.” 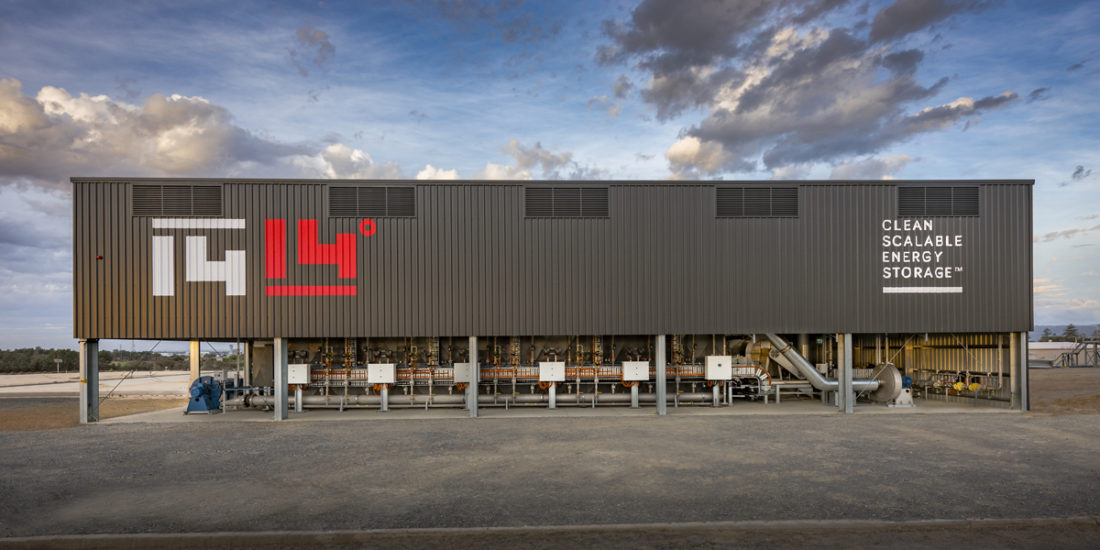 The grant, through the Modern Manufacturing Initiative (MMI), will be used to help fund the construction, commissioning and testing of the 1 MWh SiBox demonstration module.

Construction of the demonstration module is set to begin in Adelaide next year.

The company says the grant will also fund commercialisation activities including market research and technoeconomic evaluation of brown-field integration opportunities for SiBox.

“This was also an area of considerable focus in the recent COP26 Climate Conference in Glasgow,” he said last week.

“We believe the SiBox is a robust, scalable and flexible design that will enable the use of affordable and abundant renewable energy for the delivery of clean, high-temperature heat.

“This can then be used in a vast array of industrial applications that currently rely on fossil fuels. In addition, SiBox could be utilised by thermal power stations, minerals processors and renewable energy developers as they look to de-carbonise their future operations and design.”

The project offers somewhat of a new start for 1414 Degrees, which has faced several major challenges since listing on the ASX in September 2018 after raising $16.3 million as part of its IPO.

Situated on the remote Moolawatana Station, just east of the northern Flinders Ranges,  the project is expected to involve around 3000 MW of solar and 3000 MW of wind power generation, together with electrolysers and a desalination plant to produce green hydrogen.

The hydrogen would be transported via a dedicated pipeline to Port Bonython, near Whyalla, and transformed into green ammonia ready for shipping to overseas markets.

The project is at the pre-feasibility stage following the completion of a preliminary environmental and planning fatal flaw assessment undertaken by environmental consultants WSP.

“The project has the potential to contribute significantly to national, state and local objectives for new investment, new jobs, renewable energy sources and new export markets,” he said.

He is also the co-founder of Australia’s first offshore wind farm project – the 2000 MW Star of the South wind farm – off the coast of Gippsland in Victoria and a co-founder of the 5000 MW Murchison Renewable Hydrogen project in Western Australia’s mid-west region.

The course will be delivered over four years with the Export Council of Australia.

Business Development Director Belinda Humphris, who co-founded the baby formula company in January this year with two other South Australian mothers, said her team was thrilled to be selected for the program.

“Launching in South Australia has enabled us to get a foothold into a conservative market and gain incredible retail and consumer loyalty,” Humphris said.

“With the invaluable support of the National Trade Program, we are better enabled to grow our business capabilities nationally with the aim to expand internationally in the near future.”

The grass-fed cows’ milk formula is already available within National Pharmacies retailers in Victoria and 180 Drakes and Foodland stores across South Australia.

The company has previously expressed an interest in expanding into the Asian and American markets.

Minister for Trade and Investment Stephen Patterson said the National Trade Program was targeting companies with retail-ready products that are yet to establish an overseas export presence.

“We want to equip companies to have a full understanding of what it takes logistically, to send products to other markets,” he said.

“By concentrating on a national approach, they will be able to see what it takes to organise remote warehousing, distribution methods and partner requirements which will prepare them for the next stage of their export journey.” 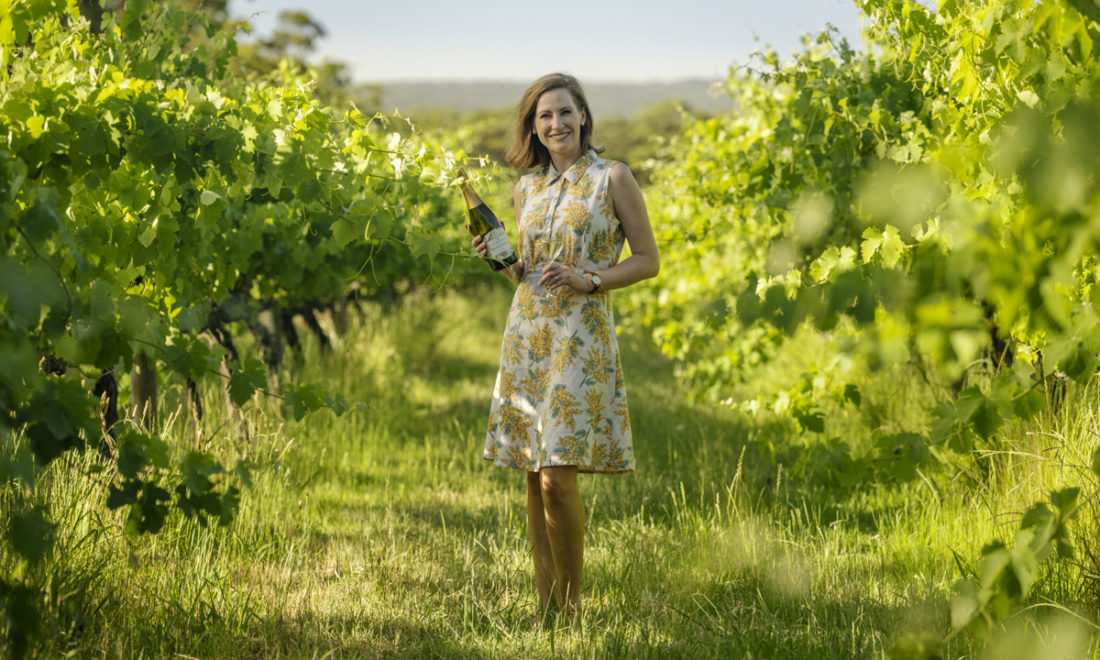 Several SA companies will represent the state as finalists in the Australian Export and Investment Awards this week.

A finalist in the Advanced Technologies category, Fivecast It is among 10 SA companies nominated as finalists in the national awards following success at the SA Export Awards in September.

“This is a new and growing industry, and we’re working hard to ensure that Fivecast supports our global customers and partners to address some of the world’s biggest challenges while helping Australia remain a key strategic player in providing the high-tech jobs of the future,” he said.

“In a short time, we’ve grown from a South Australian startup to a company with an office in the US and key customers in the US Federal Government in addition to having customers and partners around the world.

“This is testament to both the quality of home-grown technology in Australia and a business environment that is supportive and conducive to innovative tech startups.”

The category winners will be announced by Trade and Investment Minister Dan Tehan in Canberra on Thursday.