The SA Ambulance Service (SAAS) this morning announced its “COVID-19 Resilience Plan” – a set of measures to prepare for what its interim CEO Rob Elliot described as potential “fairly extreme demand surges” once the state’s borders reopen in five days.

The plan, which is based on University of Adelaide-commissioned modelling, was released one day after frontline workers protested outside Parliament House warning the ambulance system was already over-stretched without COVID-19 in the community.

Asked this morning how many additional callouts the ambulance service expected to receive once the borders reopen on Tuesday, Health Minister Stephen Wade redirected the question to Elliot.

Elliot said the plan released this morning contemplated “quite high levels of triple zero calls”, but he did not specify how many additional calls the service expected to receive.

A spokesperson for SA Health said its department did not have the data and redirected InDaily to SAAS.

“As we near the 80 per cent double dose target and our health system prepares, we feel confident that we are ready to respond,” they said.

“This plan is about preparing for the unknown. Whatever happens next, we have many measures that can be implemented so that we can continue to deliver emergency health care to those who need it.”

Elliot said the plan released this morning was “entirely scalable” from small increases in demand to cope with “business as usual”, to providing “additional resources in capacity to deal with additional workload”.

“In terms of its scalability, we think it will cover the scenarios that are presented by the modelling that has been provided to SA Health,” he said.

That modelling predicts South Australia has a 27 per cent chance of an “outbreak” – defined as “averaging more than 100 cases per day over any three-day period” – once it reopens its borders on Tuesday.

To cope with the projected spike in cases, up to 100 final year paramedicine students studying at Flinders University will be recruited by the ambulance service as a “standby workforce” once they finish their driver training from next week.

Elliot said the students would work as ambulance drivers transporting non-urgent patients to free up experienced staff to support paramedics responding to emergencies.

He said the students would also be trained in “basic induction skills” such as resuscitation.

“That way all staff are working in a supervised role with an experienced person keeping that response safe and effective but giving us some surge in capacity as well,” he said.

“Working with university students will be really positive for SAAS – we hope it will give them a bit more of a lead into their professional paramedicine career for their future as well.”

The students will join 96 new interns, some whom have already started while others are expected to start in the new year.

An additional 20 triple zero call takers will be recruited, while corporate staff will take non-emergency calls such as patient transfers.

The Government will also double the amount of SA Ambulance Service defibrillators over the coming months, but Elliot said he was unable to say how many he expected to receive.

He said the Government was also contemplating increasing the number of single crew responders, insisting the service had “very, very strong” protocols in place to ensure the responders’ safety.

But SA Ambulance Employees Association industrial officer Josh Karpowicz told InDaily he was concerned that the plan presented “no additional capacity” for ambulances and would not reduce ramping – “especially for COVID positive patients”.

He said the union was only presented with the plan yesterday, describing it as a “disaster plan” which would increase risk to patients and paramedics.

“The current plan for the Ambulance Service to cope with the expected increase in demand for COVID patients is simply to bring forward existing paramedic intern recruitment,” he said.

“The AEA has confirmed that this recruitment is not for additional staff only bringing forward already planned recruitment to fill existing vacancies across the state.

“The ambulance service is already so deficient in staffing that ambulance crews are often not rostered on a daily basis and heavily rely on the overtime of our members.”

The union was involved in yesterday’s protest during which paramedics, health care workers and the Opposition delivered a petition of over 44,000 signatures to parliament, calling for an end to ambulance ramping and more funding for the ambulance service.

Statistics released by SA Health this week showed August and September were two of the worst months for ramping on record, with patients in the state’s public hospitals suffering 2727 hours of delayed care in August and 2472 hours in September.

But Wade this morning insisted the ambulance service was ready for COVID to enter South Australia, telling reporters that planning was “well developed and considered”.

“These plans build on the pandemic plans that have been in place across the health system for the last 18 months, but they’re being refreshed and refocussed,” he said.

“Because of our effective public health response, we’ve had a period of time to learn the lessons, to do the planning, to put the resources in place and that’s exactly what we’re doing.”

Crucial travel requirements yet to be confirmed 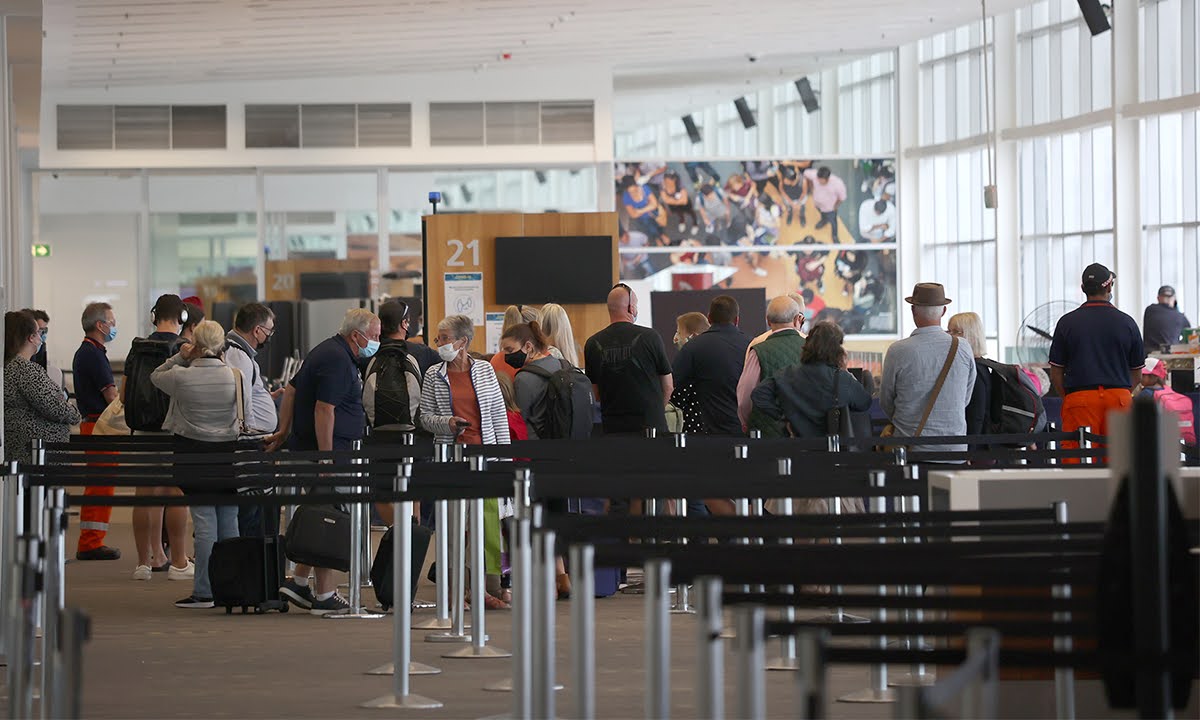 Meanwhile, five days out from reopening South Australia’s borders, the State Government is yet to confirm whether interstate travellers will need to get tested prior to arriving or whether those in local government areas impacted by vaccine data errors will be allowed in the state.

Premier Steven Marshall said earlier this week that testing was likely to be a requirement for interstate travellers wanting to enter South Australia from Tuesday, but the Government is yet to provide detail or issue a direction confirming the requirement.

Asked this morning for clarification, Health Minister Stephen Wade said: “my understanding is they’ll be clarified in the next day or two”.

The Government is also yet to confirm whether travellers will be allowed into South Australia from LGAs impacted by statistical anomalies that make their vaccination rates appear artificially low.

As InDaily reported on Friday, travellers coming into South Australia from LGAs with double-dose vaccination rates below 80 per cent will still have to quarantine for 14 days.

That ruling bars residents of council areas including the Cities of Sydney and Melbourne from travelling into South Australia without having to quarantine.

But demographers have pointed out that the vaccination rates in those LGAs are artificially low because they are calculated using old population data.

Premier Steven Marshall has previously said that SA Health was aware of the issue.

Asked today if travellers from LGAs impacted by statistical anomalies would be allowed to travel into South Australia from Tuesday, Wade said chief public health officer Professor Nicola Spurrier had spoken to her counterparts in New South Wales and Victoria about the issue.

“She’s indicated that the results of those discussions will be announced well before Tuesday,” he said.