Chapman will late today provide her formal response to a parliamentary inquiry investigating her role in thwarting a proposed $40 million deep-sea port on her native Kangaroo Island, after damning findings from Dr Rachael Gray QC determined she had a conflict of interest.

The inquiry will hand in its final report tomorrow, with Labor poised to pursue a motion of no confidence in the House of Assembly if the findings concur with Gray’s strong recommendations that the minister had both perceived and actual conflicts, repeatedly misled parliament and should be referred to the Ombudsman for investigation into potential misconduct and maladministration.

With two Labor and two Liberal members, the committee’s response is set to be shaped by ex-Liberal independent Sam Duluk, who told InDaily today: “Dr Gray’s closing submission to the committee has some compelling recommendations that need to be given very serious consideration.”

The high political drama is intensified by the fact this week is the final parliamentary sitting week scheduled before the March 19 state election, albeit with one ‘optional’ week pencilled in for the first week of December.

That would have provided some respite for a Government that has been plunged into a parliamentary minority after successive defections to the crossbench, with parliament repeatedly defying the Liberals on crucial votes – including the one that established the Chapman inquiry in the first place.

But that respite now appears gone, with former Liberal-turned-independent Speaker Dan Cregan declaring today he would extend the sitting calendar well beyond the current schedule.

“I inform the House that a proposal will this week be published as to additional sitting dates, inclusive of the optional sitting week required to resolve existing business – and additional dates,” Cregan told parliament today.

The power to determine the sitting schedule was handed to the Speaker – at the expense of the Government – in the same legislative hijack that saw Cregan seize the Speakership last month.

It’s understood the House will be summoned to continue sitting next year before writs are issued for polling day – which could yet be deferred by up to three weeks to April 9 if a federal election is called for March. 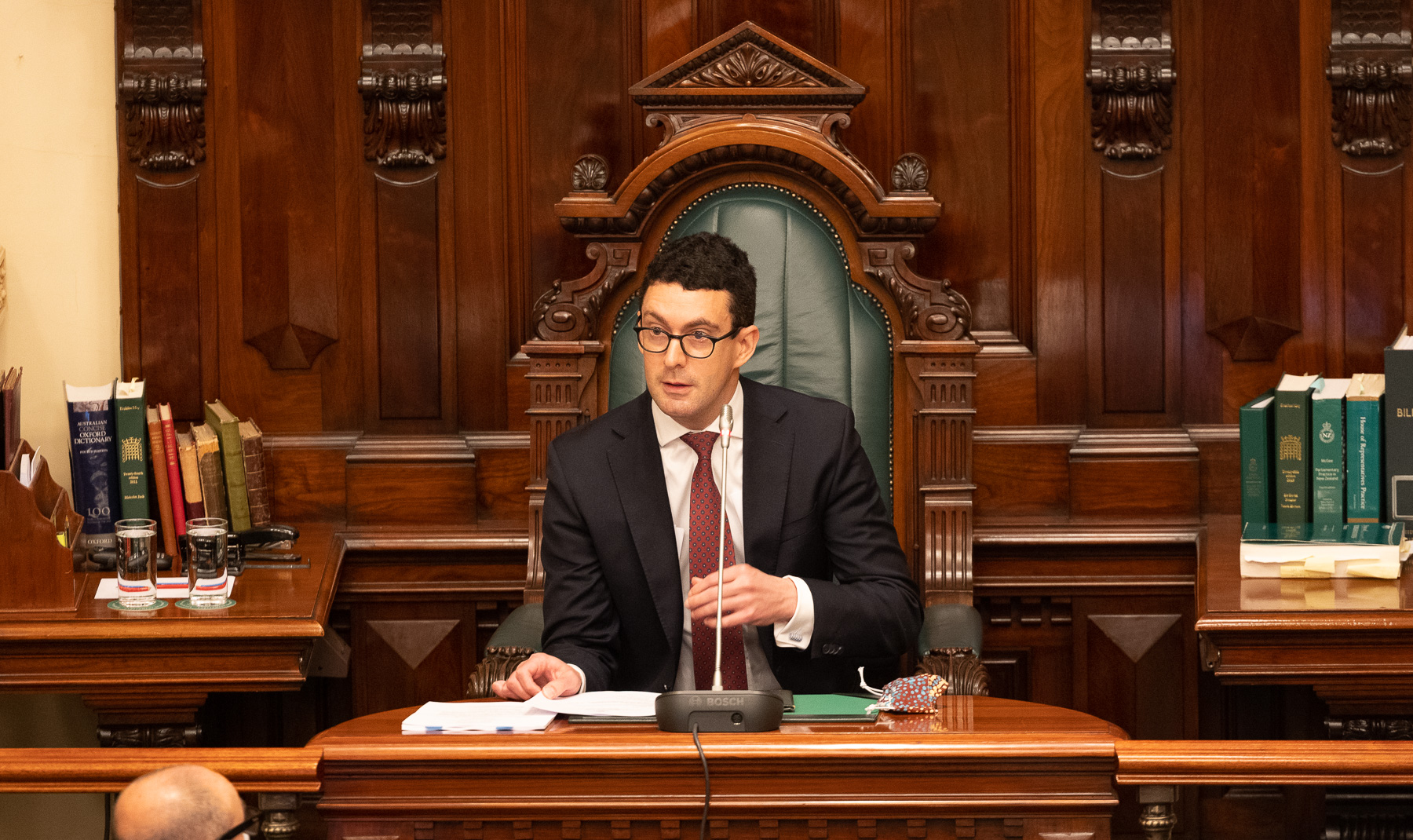 But the signs are ominous for Chapman, with key crossbenchers already firming against her in the event of a no-confidence vote.

“From what I’ve read so far there is no way I can in good conscience support the Deputy Premier,” said one, who declined to speak on the record pending the committee’s final report.

Independent MP Geoff Brock told InDaily: “It’s not looking good [for Chapman] however with all due respect you need to look at all the information [first] and take into account all the submissions.”

Labor holds 19 votes in the 47-seat parliament, and needs four of the five crossbenchers on the floor of the House to back its motion to force the matter to be adjudicated by Cregan – whom insiders believe is likely to play the role of executioner in the event of a tied ballot.

InDaily understands there has also been discussion among some Government MPs as to whether one or more may consider abstaining.

One told InDaily they would be supporting the Government “at this stage – until I know otherwise from the inquiry”.

While two Labor ministers lost confidence motions in the Upper House in recent years, there appears no precedent for a Government losing such a vote in the House of Assembly.

Premier Steven Marshall, whose role Gray also recommended be scrutinised by the Ombudsman, today continued his unwavering support of his deputy, insisting: “I’m 100 per cent behind Vickie Chapman – she made the right decision [and] it’s exactly the same decision that I would have made.”

However, it’s the process and not the decision that will be under scrutiny this week, with Marshall also heaping scorn on the “cobbled-together parliamentary inquiry [that] was political in nature”.

“It was a kangaroo court and I don’t think there was any evidence that would sway my decision whatsoever,” he told ABC Radio Adelaide today.

“This concept that [Chapman] was conflicted because she once lived on Kangaroo Island [and] she has got property down the western end is just… it’s ridiculous, quite frankly.

“I mean, the reality is we’ve all known that for a long period of time and the Attorney-General, acting as the Planning Minister… makes hundreds if not thousands of planning decisions every year and I think she is doing an excellent job.”

Gray’s final submission to the committee yesterday was scathing of Marshall’s role, saying: “The Premier has a responsibility for ensuring ministers act in accordance with the Ministerial Code of Conduct and uphold the standards applicable to the position of trust that they hold.”

“The Premier, pursuant to the Ministerial Code of Conduct, has a responsibility to address any failure to disclose conflicts of interest,” she said.

“The principles of responsible government indicate the Premier has a responsibility to take appropriate steps to ensure that members of cabinet act in accordance with their fiduciary duties.

“There are significant factual matters concerning proper governance practices that are raised by this inquiry that warrant referral to the Ombudsman.”