The SA-based company announced on Friday it would drop SeaLink Travel Group to become known as Kelsian Group Limited following shareholder support for the change at its recent AGM.

Although it started as a ferry passenger and freight service from the South Australian mainland to Kangaroo Island more than 30 years ago, bus revenue now accounts for more than 80 per cent of the group’s $1.2 billion in annual revenue

Group CEO Clint Feuerherdt said the company had significantly diversified and was no longer accurately represented by the ‘SeaLink Travel Group’ name, prompting it to choose an anagram of SeaLink as its new overarching moniker.

“Our purpose is to be a world leader in delivering essential journeys through safe and intelligent transport solutions and creating brilliant customer experiences,” Feuerherdt said.

“The change of company name to Kelsian Group Limited reflects this vision and responds to the transformational growth and diversification we have experienced over the last few years and will support our continued growth into the future.

“We wanted a name that pays respect to our very proud history and origins, but also reflects our vision and direction for the future – the re-ordering of our name showcases that journey.”

The company will use the Kelsian name only at group level with its outwardly facing brands, including SeaLink, remaining unchanged.

“Our public transport, ferry, and tourism customers will still see all the brands they know and love, across Australia and the world,” Feuerherdt said. 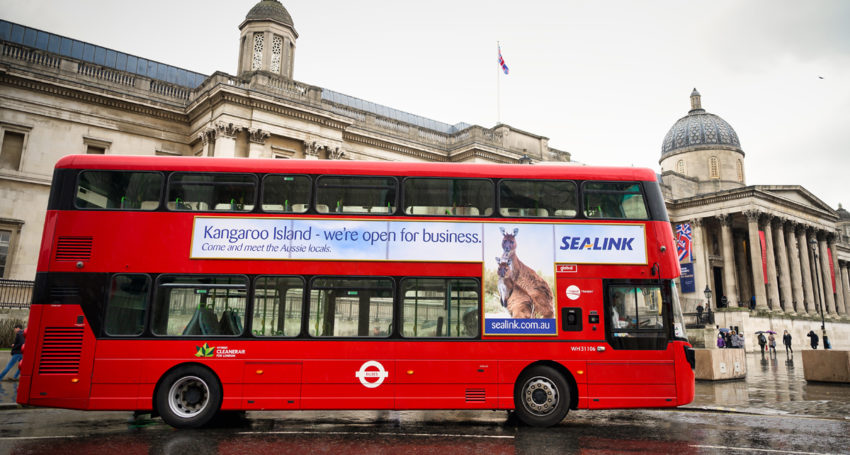 From small beginnings in 1989 operating one ferry to Kangaroo Island, SeaLink Travel Group has experienced a remarkable period of growth to become Australia’s largest integrated land and marine transport and tourism provider.

It listed on the Australian Securities Exchange in 2013 and entered the ASX200 in September 2021, meaning it is now in the top 200 publicly listed companies in Australia.

Meanwhile, another SA company with strong links to KI has officially changed its name to reflect its move out of forestry and into agriculture after a challenging couple of years.

KIPT announced plans in August to revert 18,6967 hectares of its land to agriculture – a decision that involves knocking over and burning about 14,500 hectares of pine and blue gum plantations.

The decision came just days after an announcement by State Planning Minister Vickie Chapman that the government had rejected KIPT’s proposal to develop a $40 million port at Smith Bay on the island’s north coast.

Chapman’s decision to veto the port plan was the subject of last week’s parliamentary inquiry examining whether she had a real or perceived conflict and whether she misled parliament or breached the ministerial code after the decision.

The KIPT decision to burn its plantations came at a time when severe structural timber shortages are threatening to derail South Australia’s building boom.

SeaLink Travel Group was ranked No. 9 in Indaily’s 2021 South Australian Business Index of the state’s top 100 companies while Kangaroo Island Plantation Timbers was ranked No. 82.