Hayden Stephens and Associates director Hayden Stephens has started investigations on behalf of SA junior doctors and their union and believes excessive hours and unpaid overtime are “systemic” across the public health system.

He told InDaily a claim in South Australia could stretch back six years and take in thousands of short-changed trainee medicos.

“Doctors across the country are saying en masse that excessive hours and fatigue are placing patients at risk,” he said.

“We also know that dangerous working hours are a major threat to a doctor’s own wellbeing, with reports of suicide and mental illness prevalent among junior doctors.

“These problems are not isolated.

“Like in Victoria and NSW, my early investigations indicate that the unpaid labour of junior doctors in SA is embedded into the business model of SA health.”

A junior doctor from Flinders Medical Centre, Dr Chula Murray, this week tweeted that she and her colleagues were “tired and burnt out”.

She included details of “daily pages” received from management about “critical” bed shortages and the need to “facilitate discharges urgently”.

Stephens said the legal action was not designed to “garner extra pay for doctors”.

“Junior doctors just want the hours they work to be acknowledged,” he said.

“They just need to be paid for the work that they’ve performed.

“A junior doctor understands that they sign on for extra hours and discretionary effort. What they want changed is where those shifts become dangerously long.”

Stephens said, for example, he recently spoke to a junior medico at the Lyell McEwin Hospital who regularly worked between 130 and 140 hours a fortnight.

She said this led to “unrostered overtime” and then “deliberate underpayment” of that overtime.

“Treasury and SA Health’s business model is one of deliberate exploitation, pure and simple – there is no other way to describe it,” she said.

“This not only includes additional work before and after rostered shifts but also during shifts, with breaks simply not able to be taken, but still noted as if they were.

“Unrostered overtime is not encouraged to be recorded as it will ‘blow the budget’. The fact is the budgets are inadequate to actually meet day-to-day demand.”

Mulholland said “that the health system relies on this is a disgrace”.

“It also takes a huge personal toll on the doctors, who are fatigued and burned out and then feel ignored and often intimidated if they raise it,” she said.

Mulholland said many junior doctors were aged in their mid 20s to early 30s, who had studied for six or seven years, been through their internship and were “now the backbone of the hospital system”.

She said they were employed on short-term contracts, usually for 12 months.

“This job insecurity helps facilitate the culture of harassment, bullying, intimidation, and exploitation,” she said.

“It’s not an occasional occurrence – it’s day after day, week after week. It’s a deliberate feature baked into the system.”

She said authorities had “refused to address” the problem and recourse through the legal system was “the only step left”.

In a statement, a spokesperson for SA Health said “we are committed to supporting our staff and ensuring high quality health care services can continue to be delivered across South Australia”. 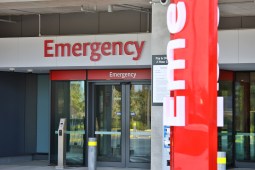 “Medical officers are highly-valued members of our workforce and their wellbeing – along with the wellbeing of all staff members – is a priority,” the spokesperson said.

“We thank our medical officers for always working to deliver the best possible care for our patients and the community.

“Junior medical officers should record all hours worked on their timesheets and they will be paid as per the provisions of the SA Health Salaried Medial Officers Enterprise Agreement.”