The total number of permanent residency grants for SA – 9769  – was also the state’s lowest for more than a decade.

A report commissioned by Adelaide-based agency Migration Solutions and released this week found that Internet Vacancy Index data suggests there are about 12,000 vacancies in South Australia, with the horticulture industry among sectors suffering the most from labour shortages.

We have had more people arrive from interstate since COVID-19 hit, but the reason for our net interstate migration gain is due to fewer people leaving.

A case study of South Australia’s horticulture industries in the BDO EconSearch report found that in October 2021 there were 3400 job vacancies, about 850 of which could be filled by demand-driven migrants.

It found that in addition to the employment and production of the migrants themselves, approximately 1000 full-time equivalent (fte) jobs and $124 million of gross state product would be generated in the broader economy through flow-on effects.

“Filling persistent workforce shortfalls in occupation and regions that South Australians choose not to work in creates opportunities in areas they do choose to work in,” the report said.

“For example, we estimate that filling 100 horticulture vacancies in the South East with demand-driven migrants would generate approximately 162 fte jobs and $20.2 million of gross state product in the South Australian economy through flow-on effects.”

These flow-on effects include approximately $4.9 million in gross regional product and 41 fte jobs in Adelaide in sectors such as professional, scientific and technical services, administrative support services, retail, insurance and wholesale.

Migration Solutions CEO Mark Glazbrook said the methodology of forecasting the benefits of migration reform outlined in the report was fascinating.

He said next steps would be to raise further funding, potentially with the help of the South Australian Government, to complete a full study.

“The purpose of this report was to develop the methodology to quantify the opportunity cost of federal immigration programs and policy that doesn’t allow regional businesses to adequately access the migration program to address demand,” Glazbrook said.

“One of the outcomes will be to start a new conversation and understanding of the benefits of demand-driven regional migration and assist with transforming regional migration programs, thus providing significant benefits to key industry sectors in regional areas – not just in SA, but also nationally.

“This will significantly assist regional communities to address labour shortages and create new employment and training opportunities for local residents, plus will assist with regional population – an important factor when it comes to the retention of essential services in regional communities.” 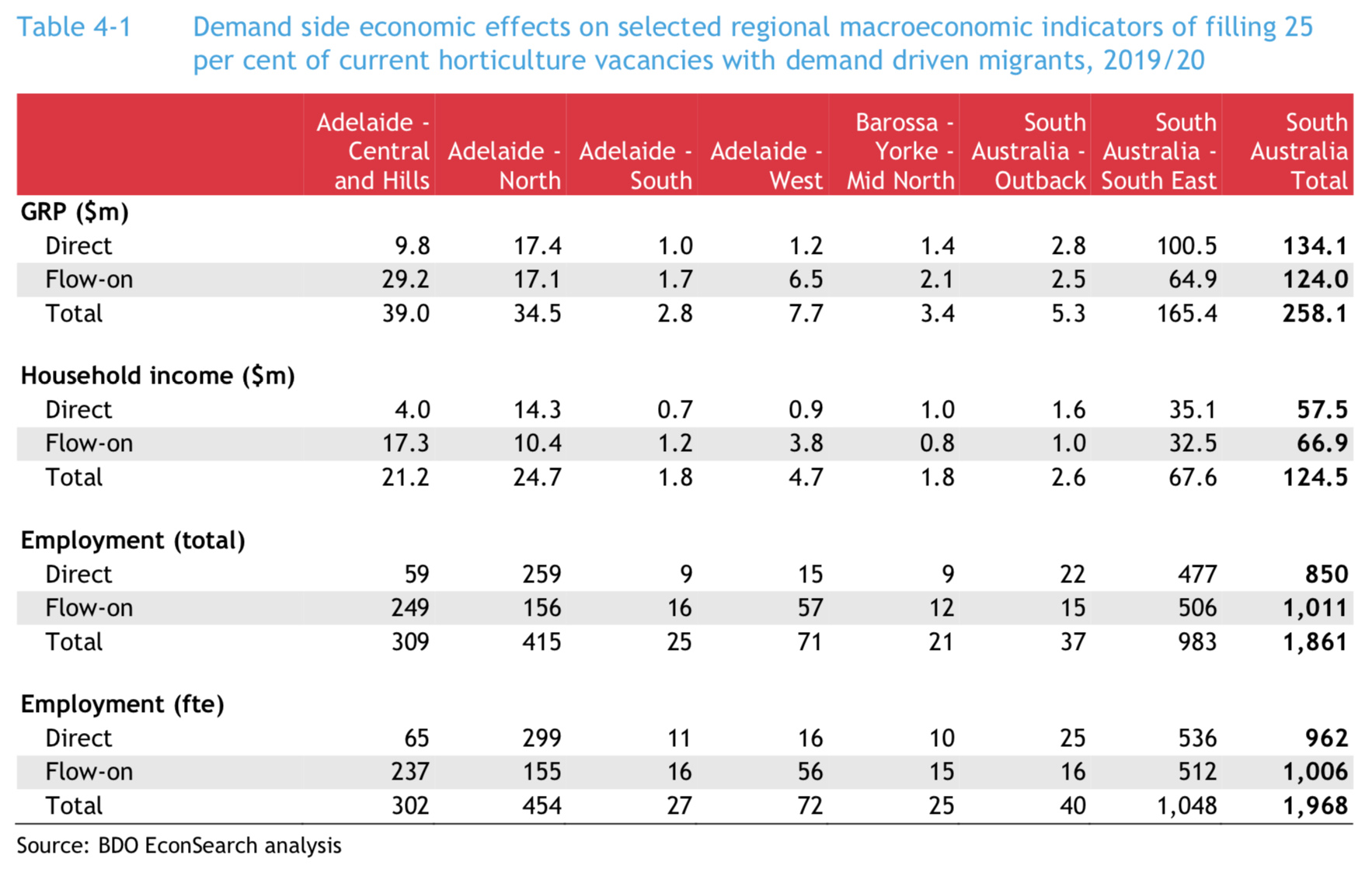 Following the abolition of the 457 visa and its replacement with the 482 visa in 2018, South Australia’s share of temporary skilled migrants dropped to its lowest level since 2012-13 at just 2.1 per cent of the national total.

This decrease occurred despite measures such as the classification of South Australia as a ‘regional and low population growth’ jurisdiction and continuing workforce shortages in the state.

Last month, the ABS released stats showing that South Australia’s total population only grew by 2700 people over the year to March 2021 – the first full 12-month period since COVID-19 hit the state.

The state’s growth was comprised of a natural increase of 5109 (calculation of births and deaths), net overseas migration of -3398 and net interstate migration of 963.

The South Australian Government has trumpeted the positive net interstate migration figures in recent months as a win for the state and recognition of Adelaide as among the world’s most liveable cities.

However, Glazbrook said long-term departures from SA typically averaged about 29,000 a year and would likely return to these levels once interstate borders fully re-opened.

“Fortunately, closed domestic borders and lockdowns in Melbourne and Sydney have saved SA from going into negative growth as departures were only 24,594 compared to an average of around 28,000 to 29,000 over recent pre COVID-19 years,” he said.

“Yes, we have had more people arrive from interstate since COVID-19 hit, but the reason for our net interstate migration gain is due to fewer people leaving.

“It will be interesting to see what happens later this year and early next year when 80 per cent vaccination rates are met and or capital cities and domestic borders reopen.”

Glazbrook said a loss of people to interstate would further exacerbate labour shortages.

He said the cumulative effect could result in 9000 to 12,000 more people leaving SA than arriving next year. 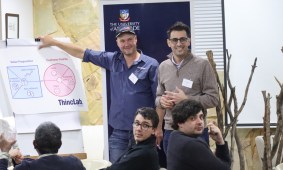 “But due to the way that ABS data is published, we will not see the results of this until September 2024.

“I also anticipate that net overseas migration will fall further in the next reporting period as it was around April 2020 when the Prime Minister told temporary visa holders to leave Australia and return home.”

The BDO EconSearch report concluded that the long-run trend of declining access to labour across sectors and regions was being amplified by the short-run effects of COVID-19.

But it “should provide an impetus for undertaking further research to better understand how current migration policy is impacting the South Australian economy”.