The SA company has also commissioned its Athena gas plant in Victoria’s Otway Basin and is on track to begin processing gas there before Christmas.

Production was up 20 per cent on the September quarter of last year while sales revenue quarter doubled to $48.1 million on the back of a 33 per cent increase in its average gas price on the previous year.

However, the company’s net debt also increased by 20 per cent to $115 million, mainly due to capital expenditure on the Athena plant.

Managing director David Maxwell said the company had carried strong momentum from late in 2020-21 into the new financial year.

“It was another quarter of record production, sales volume and revenue and key milestones were achieved,” he said.

“In the Otway Basin, the Athena Gas Plant was successfully commissioned. This low-cost facility will soon be processing our Casino, Henry and Netherby gas and will provide significant capacity for future developments. 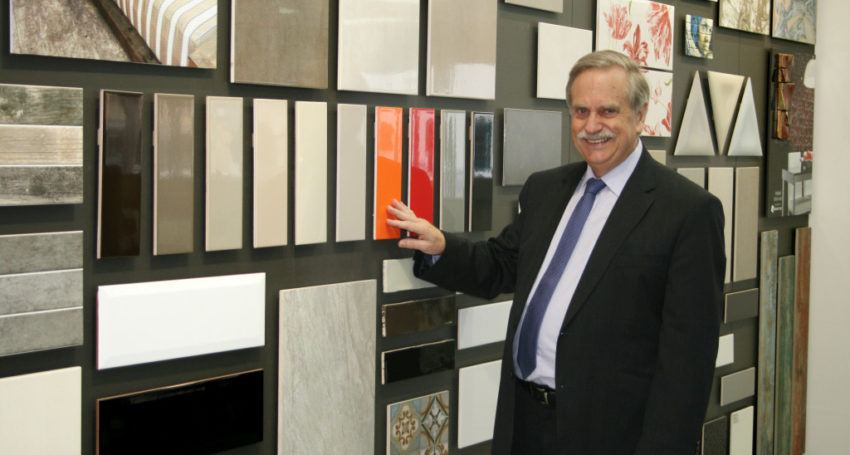 Bob Beaumont is retiring after selling the family tile business to Bunnings.

South Australian tile retailer Beaumont Tiles has officially been acquired by hardware giant Bunnings, following the finalisation of the sale agreement between the two companies.

First announced in April, the sale marks the end of a 60-year family dynasty that has seen Beaumont Tiles expand from its flagship store on Grote Street in Adelaide, to Australia’s largest tile retailer with over 110 locations nationally.

The acquisition of Beaumont Tiles comes with an undisclosed price tag, and will see the brand join the portfolio of Wesfarmers, which owns Bunnings, as well as other major retailers Kmart, Target and Officeworks.

RJ Beaumont established Beaumont Tiles in 1960 and set up a showroom in Grote Street, Adelaide before expanding nationally.

Oyster sales up despite lockdowns

The Eyre Peninsula company reported a 5 per cent increase in September quarter revenue to $2.1 million and is confident of a strong run into Christmas following a pick up in sales in the month of September.

The Port Lincoln-headquartered company has oyster leases in Coffin Bay, Haslam and Cowell and has also increased its in-water stock to 496 tonnes, up 94 per cent on the same time last year.

Angel CEO Zac Halman said the company’s ability to minimise mortality rates, and sell oysters into growing channels at improved prices had contributed to the result despite restrictive trading conditions in Victoria, NSW and the ACT.

“September trading conditions in particular showed promising signs of a resurgence in oyster demand ahead of the festive and summer season,” he said.

“Sales increased 66 per cent when compared to August.

“We hold a very strong stock position as we move into Q4, placing us well to have sufficient supply on hand and ready to be deployed for the peak season as much of the economy reopens and to service the increasingly growing retail channel.”

Listing on the Australian Securities Exchange in 2018, Angel Seafood has grown from a family-operated South Australian business to the Southern Hemisphere’s largest sustainable and organic certified pacific oyster producer.

South Australian smartwatch company Spacetalk has announced partnerships in North America with some of the world’s biggest retailers ahead of a December sales launch in Canada and the United States.

The Adelaide-based company announced to investors on Friday that its Adventurer devices will be stocked online by American retail giants Amazon, Walmart and Best Buy.

The smartphone watch, aimed at children aged five to 12, is designed to help parents stay in touch with their kids without the complexities and potential pitfalls of mobile phones.

According to Spacetalk, Amazon, Walmart and Best Buy account for almost 50 per cent of retail e-commerce in the United States, with Best Buy also holding a 35 per cent market share of electronic and appliance sales in Canada.

Spacetalk CEO Mark Fortunatow said the company was excited by a partnership of this scale as it looked to expand its global distribution that had previously focused on Australia and the UK.

“We are exceptionally excited to launch in North America, particularly with businesses of the brand and scale of Amazon, Walmart and Best Buy,” he said.

“North America presents a phenomenal opportunity for Spacetalk to enhance our distribution and brand recognition.”

The Rose Park-based company has doubled its staff numbers in the past 12 months to 61, with the majority based in Adelaide.

It also has employees in the UK, Melbourne, Sydney, China and four in the US ahead of its expansion.

The company’s products will be launched by the North American retailers in the first week of December ahead of the busy Christmas period. 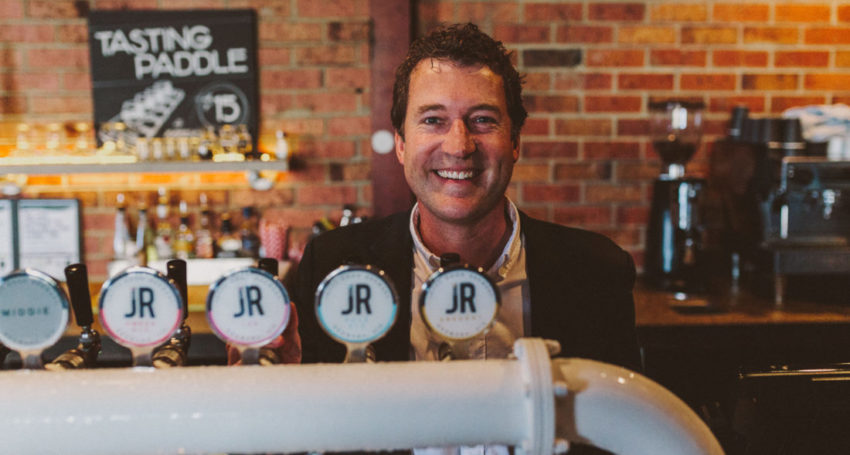 Craft beer and spirits producer Mighty Craft has raised $5.8 million to accelerate its whisky strategy, which is heavily reliant on whisky produced in the Adelaide Hills by its brand 78 Degrees.

The funding raised through the issue of about 20 million shares at $0.29 each will also replace working capital funds lost during recent lockdowns in the eastern states and provide important funding cover in the event of further lockdowns over peak trading.

The company generates about 35 per cent of its revenue directly from its own venues and a further 15 per cent through sales to the on-premise trade.

Its brands include Kangaroo Island Spirits, Hill Cider Company, Mismatch Brewing and 78 Degrees. It also has a 75 per cent stake in the popular LOT.100 venue, a destination distillery, cellar door, restaurant, and function centre on an 84-hectare property near Nairne in the Adelaide Hills.

The Melbourne-based drinks business announced the Mismatch/78 Degrees/Hills Cider and LOT.100 sale in June for $47 million.

A further 63,000 litres of Adelaide Hills whisky is expected to reach maturity before the end of 2023 adding to the about 45,000 of other Mighty Craft whisky set to reach maturation by 2026.

Might Craft managing director Mark Haysman said the funding would allow it to continue to accelerate its whisky program at pace.

“We see a significant opportunity in whisky and we are uniquely placed to realise this for shareholders given the brands, production capacity and whisky capability we have in the business,” he said.

“This funding gives us comfort to accelerate our whisky investment while also enabling us to absorb further potential disruptions to venues if those situations arise.”

Some of South Australia’s leading female innovators have been recognised for their achievements, with the finalists of the 2021 Winnovation Awards announced last week.

The awards, presented by membership body Women In Innovation, highlight the state’s most innovative ideas across a number of sectors.

The finalists were selected by a group of independent judges across 11 awards categories, including science, technology, engineering, the arts and mathematics.

President of Women In Innovation, Nicole Swaine, said the awards provided an opportunity to celebrate leading female innovators across all industries, research institutes and government.

“There are so many incredible advancements being made across education and industry in South Australia at the moment, and we’re surging ahead in defence, space, biotech, agriculture and advanced manufacturing, among many sectors,” Ms Swaine said.

“The Winnovation Awards provide us with an opportunity to promote these unsung heroes, who don’t often seek publicity for their achievements.”

The awards will be presented at an online event starting at 6pm on Thursday, November 4.