Cardiothoracic and trauma surgeon Craig Jurisevic, who this month declared he was quitting the public health system over frustration with ongoing surgery delays, has taken to Facebook in recent days to vent his ongoing concerns.

Last night, he posted several photos of idle operating theatres and ICU rooms at the Royal Adelaide Hospital, with several used as store rooms, one used for “research work”, one as a bunk-room for staff, while another, according to his caption, occupied by a working “freelance film crew”.

Health authorities said today reserve capacity had to be retained to accommodate “surge” periods – including an expected influx of COVID cases after November 23.

However, in a post addressed to Premier Steven Marshall, Jurisevic said: “We have had to cancel another two urgent lung cancer patients today due to lack of operating theatres and ICU beds.”

“Could you please explain these photos taken from the unstaffed and idle 12-bed ICU ward and six operating theatres?” he went on.

“Asking for all the cancer patients who have had (and will have) their life-saving surgery cancelled because you refuse to employ the staff to run the hospital to the capacity for which it was built.”

In a separate post, he shared a response from “one of our patients”, Vito Onofrio, who “was due to have surgery for lung cancer tomorrow but was cancelled due to lack of theatre time and lack of beds”.

According to Jurisevic’s post, Onofrio said the Premier “needs to pull his finger out [and] fix this”.

“What are we, puppets on a string? Right behind you, Doc,” he said. 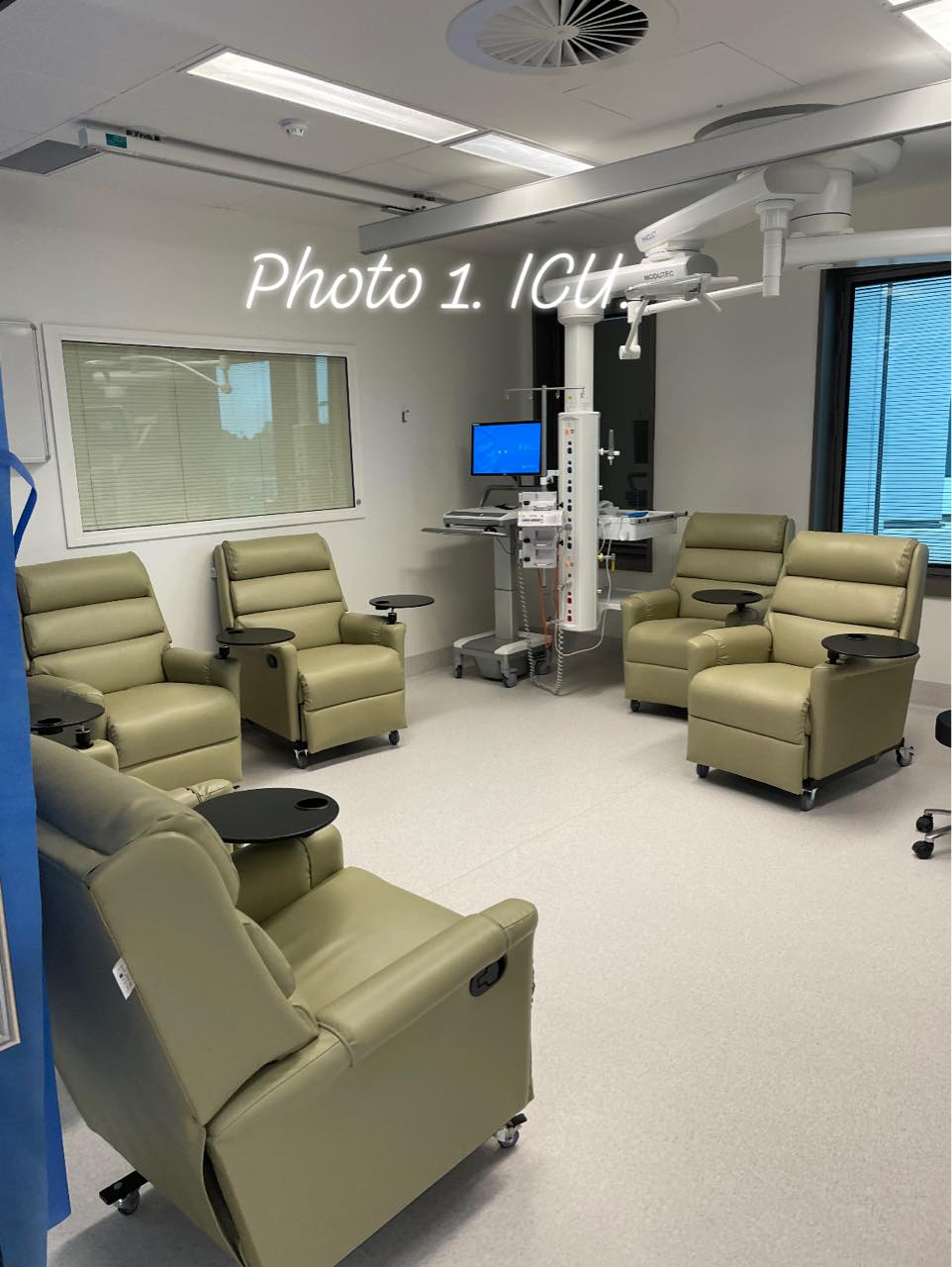 Above and below: ICU images posted last night, including one being used by a film crew. InDaily has sought to clarify what was being filmed. 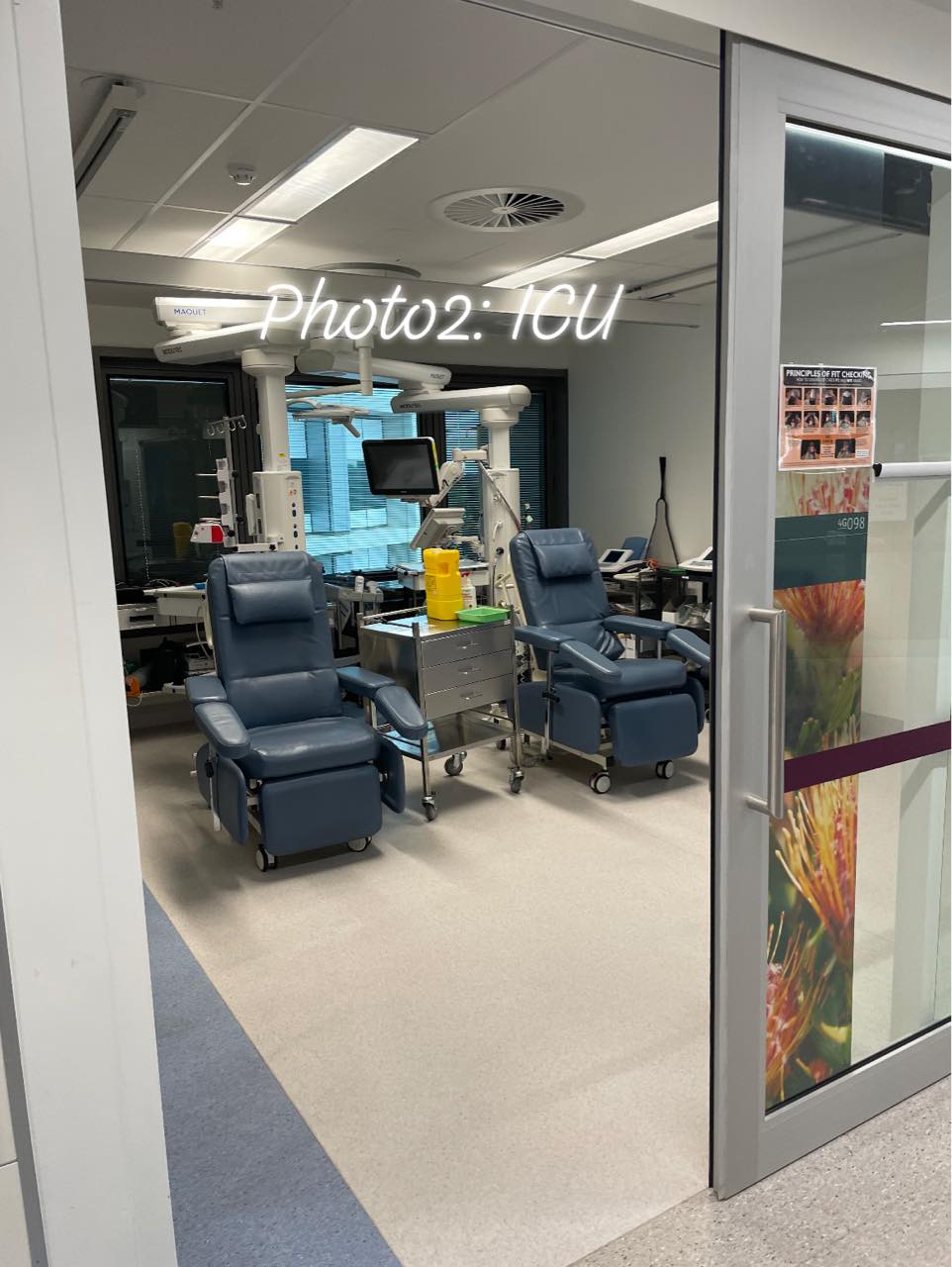 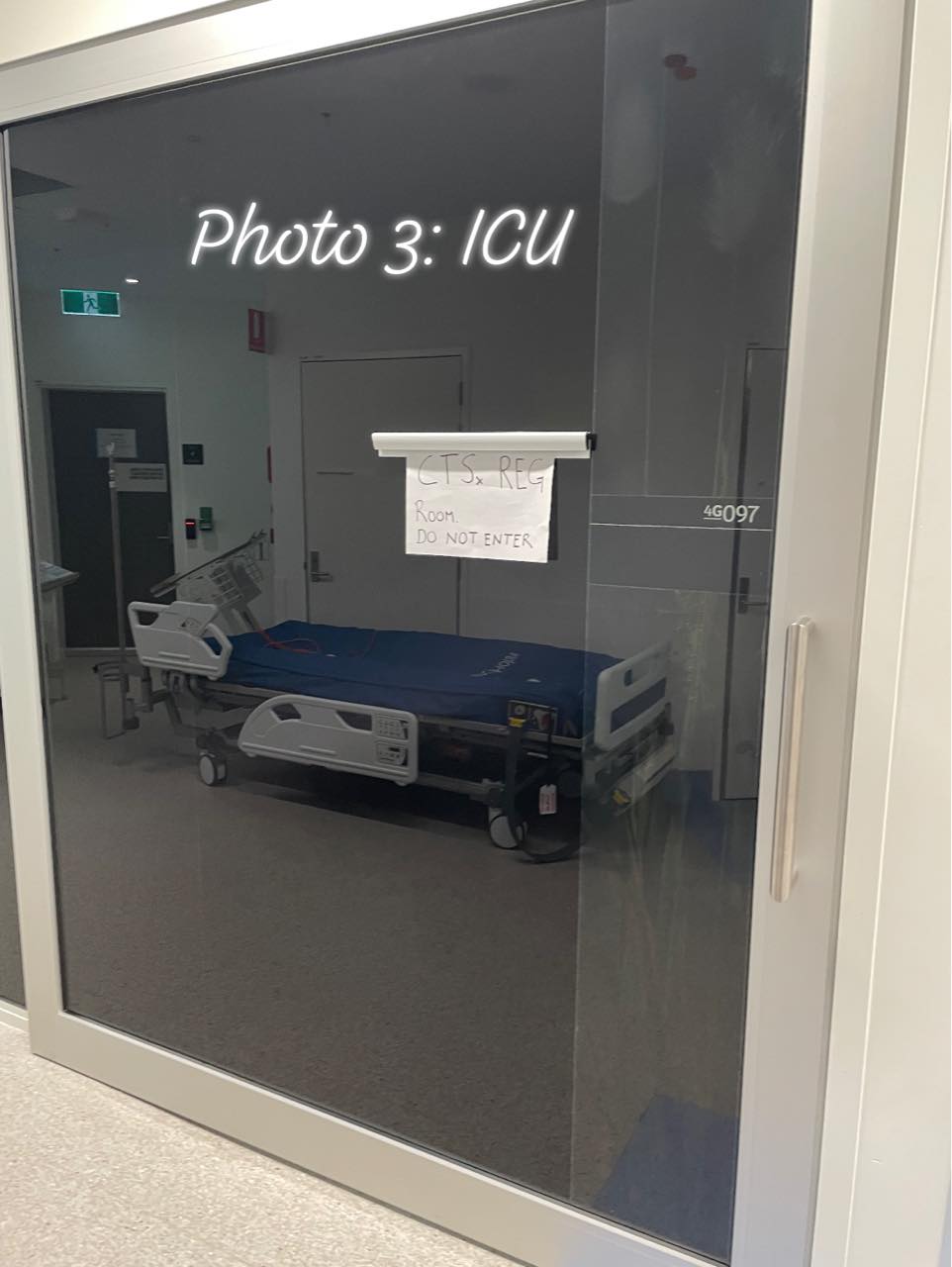 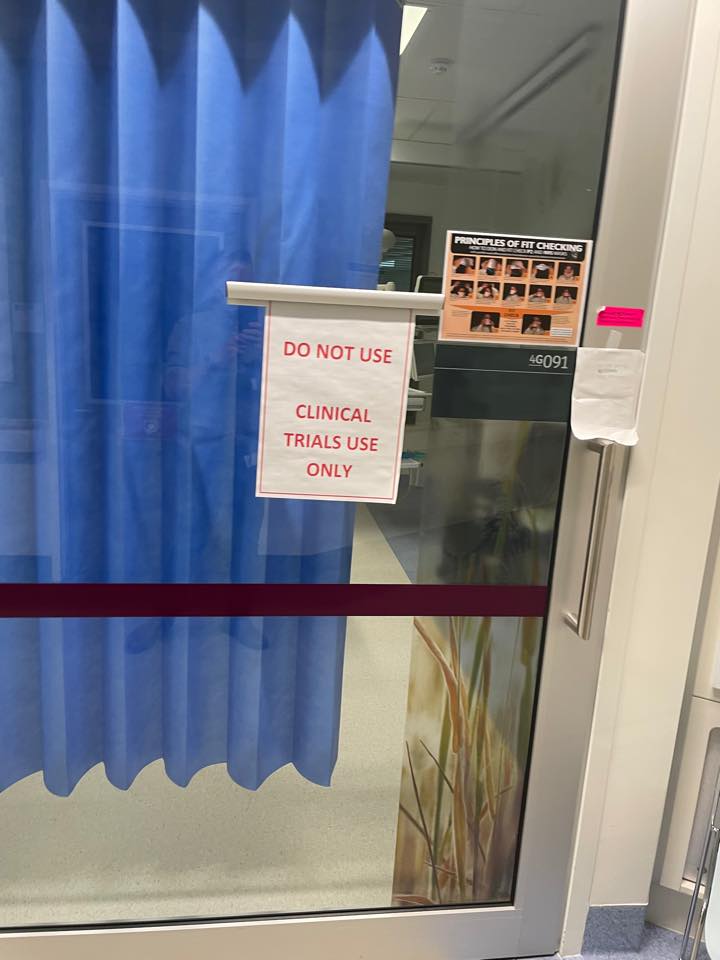 Empty ICU beds “used for research work”, according to Jurisevic. 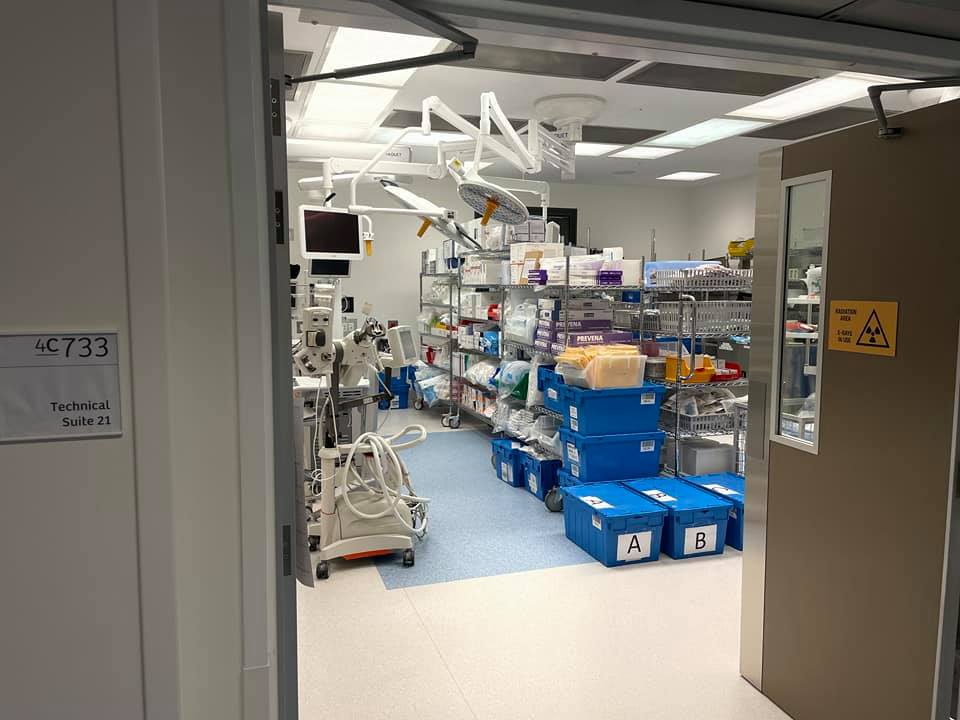 One of several operating theatres “used for storage” with “no staff to run this”, according to Jurisevic. 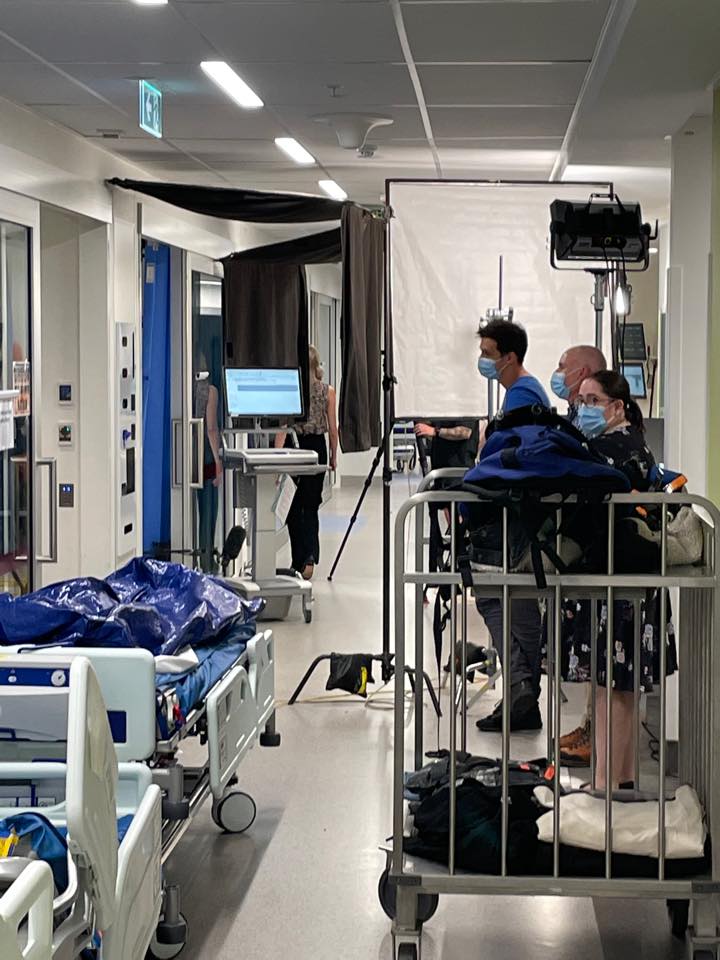 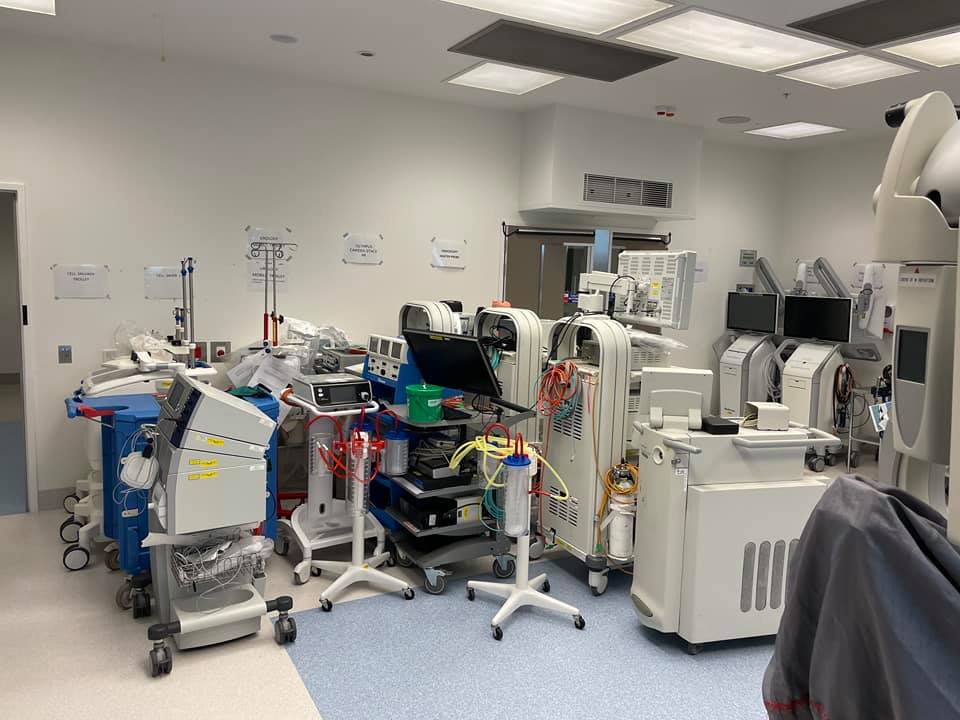 His post claims there are “four other unused/decommissioned operating theatre rooms”.

This morning Jurisevic further alleged that “a senior line manager has threatened staff members who have ‘liked’ my posts about lung cancer surgery cancellations”.

“It is alleged that a line manager confronted specific individuals who have made supportive statements on my timeline, stating that their Facebook activity is being watched and that they had ‘better be careful’,” he wrote.

“The staff members involved are extremely distressed and wish to remain anonymous.”

He said Central Adelaide Local Health Network staff “are aware that they cannot post sensitive or confidential information and all receive regular security advice” to that effect, but continued: “Is it now CALHN policy to send senior line managers around the hospital to threaten and intimidate staff?”

He urged relevant staff to contact SafeWork SA with any concerns.

As of this morning 108 SA emergency patients were waiting for a bed, including 41 at the RAH.

Jurisevic posted that “last night in the ICU at the RAH there was yet another dangerously unsafe number of nurses on the floor: 41 patients – only 29 nurses” with seven on a double shift “having worked all day then worked all night”.

“It is [due to] the tireless work of these nurses (combined with sheer luck) that there weren’t any avoidable deaths,” he wrote.

“The situation is no better for tonight.”

He called on the Government to “employ more staff now”, warning “people will die”.

Jurisevic recently announced he was quitting the public health roster, with News Corp reporting this month he told colleagues CALHN boss Lesley Dwyer “has been handed a steaming turd and no matter how much her superiors tell her to dress it up, it’s still a steaming turd”.

However, he wrote this week that he was “still clinically active at the RAH and Queen Elizabeth Hospital… at this stage”. 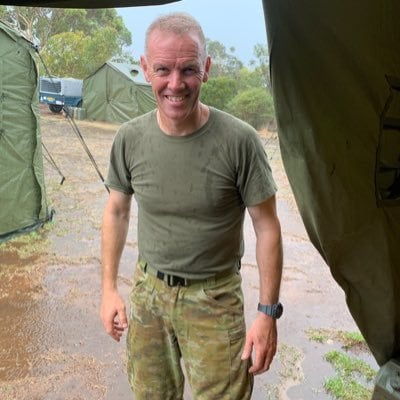 Craig Jurisevic, who is also on active medical duty with the Army and has served in several conflict zones.

“I am not operating as there aren’t enough theatre lists or beds for the thoracic cases to be treated in a timely manner… so as much as SA Health administration would like me to be gone, I’m still here working on the unit,” he said.

“When a fully staffed, elective list for thoracic surgical  patients is made available, I will start operating.

“At this stage, lung cancers are still being cancelled in preference to urgent cardiac cases… this will continue until the root cause, understaffing of beds, is resolved.”

“Our ICU has been planned to be 60 beds but that’s about future proofing as well – currently we don’t use that many beds at all, and we haven’t needed to,” she said.

“When we do have to cancel surgery it’s based on a number of factors… we balance our planned surgeries with what’s attending through our front door [and] we take the decision to cancel surgery very, very seriously – it’s a clinical decision, and we reschedule those surgeries as quickly as possible.”

She said since the RAH was the state’s major “receiving hospital” space in operating theatres and ICU have to be balanced with “other demand” so “we’ve got capacity should we need it”.

“And that’s part of our COVID management plans,” she said.

“We won’t use 60 beds all of the time – we use somewhere far less that that [but] we want escalation capacity, and that’s going to become more important as part of our COVID response.”

Dwyer said the film crew was making “an educational video”.

“We provide educational teaching for our clinical staff… it’s done within a day and that’s normal – you’d see this in most hospitals,” she said.

She said allocating other ICU space for clinical trials was appropriate.

“That’s our role – we’re a tertiary academic research centre and it’s absolutely appropriate we use that space close to the ICU,” she said.

Marshall said health authorities were “doing everything we can to be COVID ready” and “we need to have a surge capacity”.

“We can’t have [the RAH] sitting at 100 per cent all the time – it wouldn’t give us that surge capacity when we need it,” he said.

Opposition Leader Peter Malinauskas said the images posted by Jurisevic suggest “our hospital system is just not ready to be able handle COVID, which we now know is coming SA’s way” with border restrictions to ease on November 23.

“It beggars belief that when we see record ramping and extraordinary pressure on the system, there are ICU beds – if not whole wards – sitting idle, while there are other activities going on that are clearly not of a clinical nature [such as] film crews undertaking their work,” he said.

“Nothing is more important to our state than ensuring the facilities available are put to use, and that means making the staff available to use them.

“It is a tragedy that people are having life-saving surgeries cancelled while these rooms sit empty and unused.”