The health department confirmed the state now has 20,505 active cases.

Victoria conducted 82,762 tests on Wednesday, and 37,611 vaccinations in state-run hubs.

The new deaths take the toll from the current outbreak to 125.

It comes as Victoria considers throwing off the shackles of Melbourne’s COVID-19 lockdown before next weekend and possibly jettisoning a ban on home visits.

The state is on pace to reach its 70 per cent double vaccination target ahead of the indicative date of October 26, triggering the end of Melbourne’s long-running sixth lockdown.

Chief Health Officer Brett Sutton confirmed a decision could be announced as early as this weekend based on vaccination projections and hospital case numbers.

A 45-year-old woman has been found dead under the rear of a car in her driveway in suburban Adelaide.

Police were called to an Addison Road address at Pennington early this morning.

The woman was pronounced dead at the scene.

Western District Detectives are investigating the circumstances surrounding the incident.

The State Government has announced a $123 million boost to increase health system capacity in readiness for a COVID-19 case spike at an early morning press conference at Modbury Hospital.

The plan includes 93 additional beds to in the state’s public health system, located across Modbury Hospital, Hampstead Rehabilitation Centre and the Repat.

Premier Steven Marshall said the funding would help prepare the state for eased restrictions and relaxed borders when vaccination targets are met.

“Throughout the pandemic, our public health response has been central to keeping us safe and strong. As we look to further ease borders and restrictions, we are making our health system even stronger to ensure South Australia is Covid-ready,” he said.

“As we move closer to reaching our vaccination targets, we are building a stronger, more agile health system to ensure South Australians have access to the care they need when we relax our borders and learn to live with COVID-19 in the community.”

The extra beds include 46 at the Modbury Hospital, 38 at the Hampstead Rehabilitation Centre and nine at the Repat Health Precinct.

The government says this is in addition to more than 45 beds already announced across the Gawler Health Service and the Repat.

It says further announcements regarding additional private hospital and hospital-in-the-home capacity will be made soon.

Latest data show 74 per cent of South Australians over 16 have received their first vaccine dose and 56 per cent are fully vaccinated.

Big business, unions and conservation groups have joined forces to champion the economic benefits of a net-zero economy as the Morrison government prepares to show its hand on climate change.

The push came as Prime Minister Scott Morrison held discussions with cabinet colleagues on Wednesday on a plan to deliver net-zero emissions by 2050, while at the same time boosting jobs and keeping a lid on power prices.

A final decision is not expected until next week, after the plan goes through separate Nationals and Liberals partyroom meetings and the joint coalition party room.

They’re backing an analysis by Accenture looking at what Australia has to gain from exports of battery technology as well as hydrogen, ammonia, critical minerals, steel and aluminium produced or processed using renewables.

It found these markets, combined with a focus on leveraging opportunities to train international students in clean energy-related fields, have the potential to generate $89 billion of gross value added and 395,000 jobs.

“These industries offer the opportunity to create tens of thousands of well-paid jobs, mostly in regional areas and accessible by workers across all levels of skill and education,” the groups said.

They also called for a $5 billion fund for workers and regions to be administrated by a new energy transition authority made up of government, industry and unions.

Other suggestions include a $10 billion co-investment to incentivise and scale up clean energy industries.

The BCA, unions and environment groups also want to see an interim target to establish six gigawatt of hydrogen capacity and three green metals plants by 2027.

Nationals Senate leader and cabinet minister Bridget McKenzie said before the meeting with Morrison yesterday there would be “no deal unless it is right for the regions”.

McKenzie will meet with her party colleagues on Sunday afternoon.

“We haven’t supported anything that has been put before this parliament previously because it hasn’t been right for the regions.”

The Morrison government has so far only expressed a “preference” for a target of net zero by 2050.

But other countries and business and industry groups have been pressing for a strong commitment from Australia ahead of COP26.

Opposition climate change spokesman Chris Bowen said new emissions targets should be legislated if they were to have any meaning.

Economists expect the jobless rate in Australia to increase to 4.8 per cent due to the lockdowns in NSW and Victoria when the ABS releases the September unemployment figures today.

While experts are writing off the latest jobs figures as “ancient history” with COVID-19 restrictions already easing, they will be a reminder of the grim reality of having half the population in lockdown.

Economists’ forecasts point to a further loss of 120,000 jobs in September following the hefty 146,300 tumble in August.

Perversely, the unemployment rate fell to a near-13-year low of 4.5 per cent in August, but this was the result of people giving up looking for work.

For September, economists expect the jobless rate to rise to 4.8 per cent, although predictions were again wide-ranging, from an unchanged 4.5 per cent to a spike to 5.4 per cent.

South Australia’s unemployment rate increased to 5 per cent in August from 4.7 per cent in July.

NSW saw a particularly strong 20.6 per cent rise in job ads for the month, with roles in hospitality and tourism surging 130 per cent since August.

Treasurer Josh Frydenberg believes there is now “light at the end of the tunnel”, with NSW out of lockdown and Victoria to follow suit later this month. The ACT is on track to reopen on Friday.

But he also warned a conference on Wednesday that the widely expected economic contraction in the September quarter, from having the nation’s two largest states locked down, could be three per cent or more. 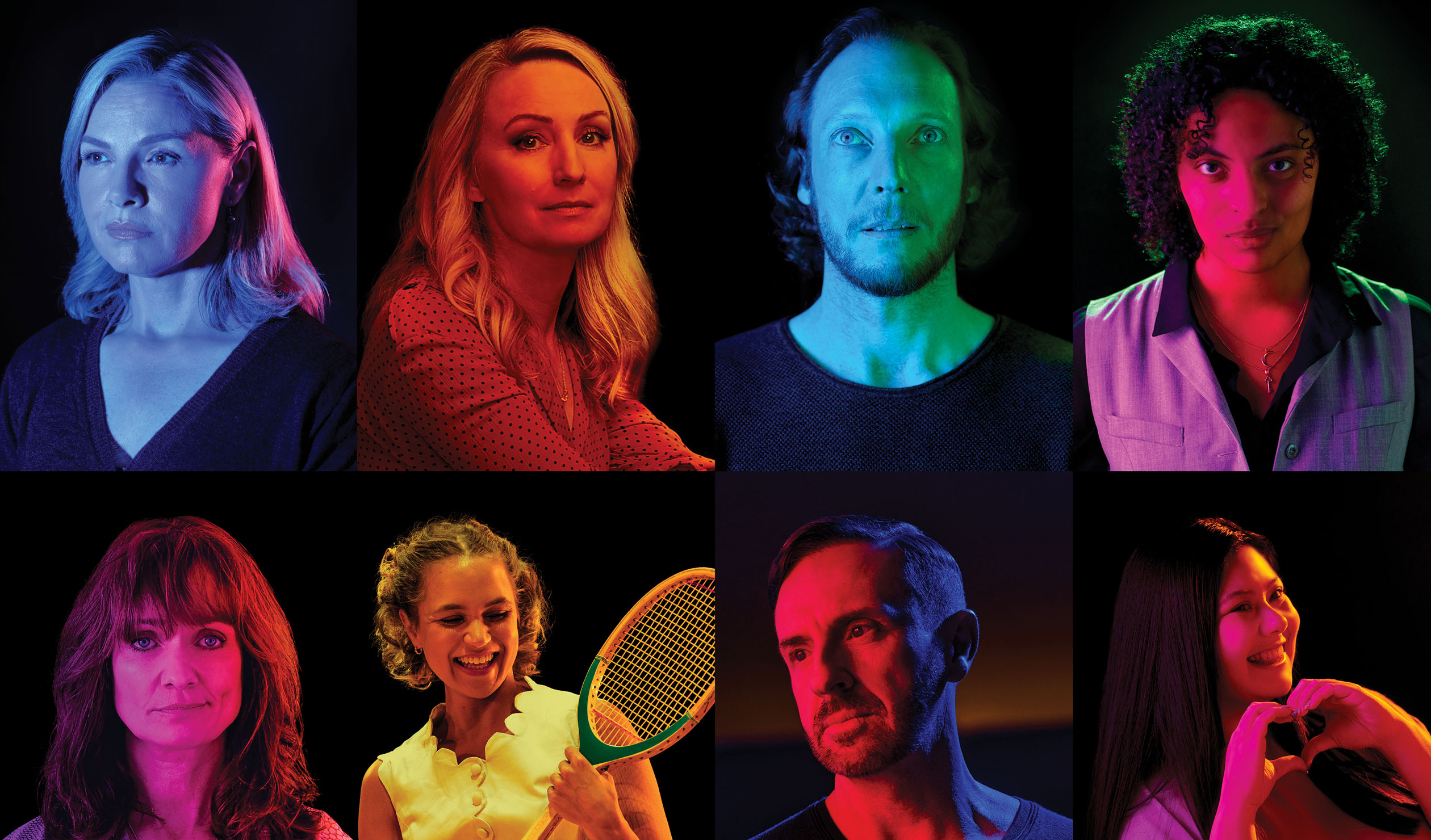 A court-side tribute to Evonne Goolagong Cawley, a Dylan-inspired jukebox musical, and a new production of Michelle Law’s Single Asian Female will be among highlights of State Theatre Company SA’s 2022 program.

“I think what has evolved from the program is a really powerful through-line about community and resilience,” State Theatre artistic director Mitchell Butel says of the season, launched last night.

After losing much of Butel’s first season to the wave of pandemic shutdowns in 2020, the company found itself in the enviable position of a 2021 run largely unscathed by the Delta variant – unlike so many of its interstate counterparts.

Putting aside any survivor’s guilt, Butel says it’s been a “really transformative time” for the company.

“[2021] also brought to us, bizarrely, a raft of really young and diverse audiences in a way the company hasn’t seen before; I think in a way, because of the change of circumstances, people haven’t been able to travel as much or they’ve had a different focus.”

The 2022 season will feature eight main-stage shows, including four new Australian works – three of which will premiere in Adelaide. – Walter Marsh

Read the full story on InReview.

South Australian cricketer Travis Head is firmly back in the sights of national selectors after smashing 230 from just 127 balls in an extraordinary innings featuring 28 fours and eight sixes against Queensland yesterday.

The lefthander’s heroics inspired the Redbacks to their first win in any format since February last year.

Head raced to his 100 from just 65 balls, the fastest-ever ton for SA in the one-day competition.

Opener Jake Weatherald made 97 from 103 balls but his innings was a sideshow to the main event as Head pulverised Queensland’s bowlers.

Head logged the second-highest individual score in domestic one-dayers, behind only Darcy Short’s 257 for WA against Queensland in 2018.

The SA skipper surpassed Tasmanian Ben Dunk’s 229 against the Bulls in 2015 in reaching his second domestic one-day double-ton – he made 202 against WA in 2015.

Short and Dunk are the only other batsmen to have made domestic one-day double-centuries.

Head reached his double-ton from just 114 balls, the fastest to the milestone in domestic cup history.

The 27-year-old fell out of favour with Australian test selectors before the coronavirus pandemic but the knock, coupled with centuries in the Sheffield Shield competition this season, will no doubt grab their attention ahead of December’s Ashes series.

Star Trek actor William Shatner has become the oldest person to reach space, soaring above Earth aboard a Blue Origin rocketship with three other passengers.

The suborbital trip landed in the Texas desert in the early hours of the morning Australian time.

Shatner was one of four passengers to journey for roughly 10 minutes to the edge of space aboard the white fully autonomous 18.3 metres-tall New Shepard spacecraft, which took off from Blue Origin’s launch site about 30km outside the rural west Texas town of Van Horn.

The crew capsule returned to the Texas desert under parachutes, raising a cloud of dust.

Shatner, 90, became the oldest person ever in space – an experience he called profound – as US billionaire businessman Jeff Bezos’s company carried out its second tourist flight.

He emerged gingerly from the capsule in the desert silence, appearing reflective as the others celebrated by cheering and popping champagne bottles.

Bezos was on hand and embraced the Canadian actor.

“What you have given me is the most profound experience I can imagine,” Shatner told Bezos as the two chatted for several minutes.

“I am so filled with emotion about what just happened.”

Shatner also remarked on the beauty of the blue colour of Earth from space.

The four astronauts experienced about three to four minutes of weightlessness and travelled above the internationally recognised boundary of space known as the Karman Line, about 100km above earth.

–  with AAP and Reuters