As revealed in part of our special report yesterday, more than ten per cent of the population in some pockets of SA now has diagnosed diabetes.

Expanding waistlines is a main culprit but Professor of Medicine at the University of Adelaide, Gary Wittert, says the rhetoric around obesity and diabetes “doesn’t resonate” with people.

“So when you’re thinking about an intervention, simply telling people what to do – you know, ‘eat more fruit and vegetables’ – well, that hasn’t done much, it hasn’t changed a thing,” Wittert says.

Wittert advocates a much more controversial solution – a tax on sugary drinks.

“If we’re going to make a difference around chronic disease and we’re not going to consider sugar taxes, or a tax on sweetened beverages… then it seems to be that we’re not willing to face the problem,” he tells InDaily.

She says while the number of South Australians who drink sugary soft drinks every day has declined – from 35 per cent of the population in 2008 to 15 per cent in 2017 – those who still drink it daily are consuming greater volumes. 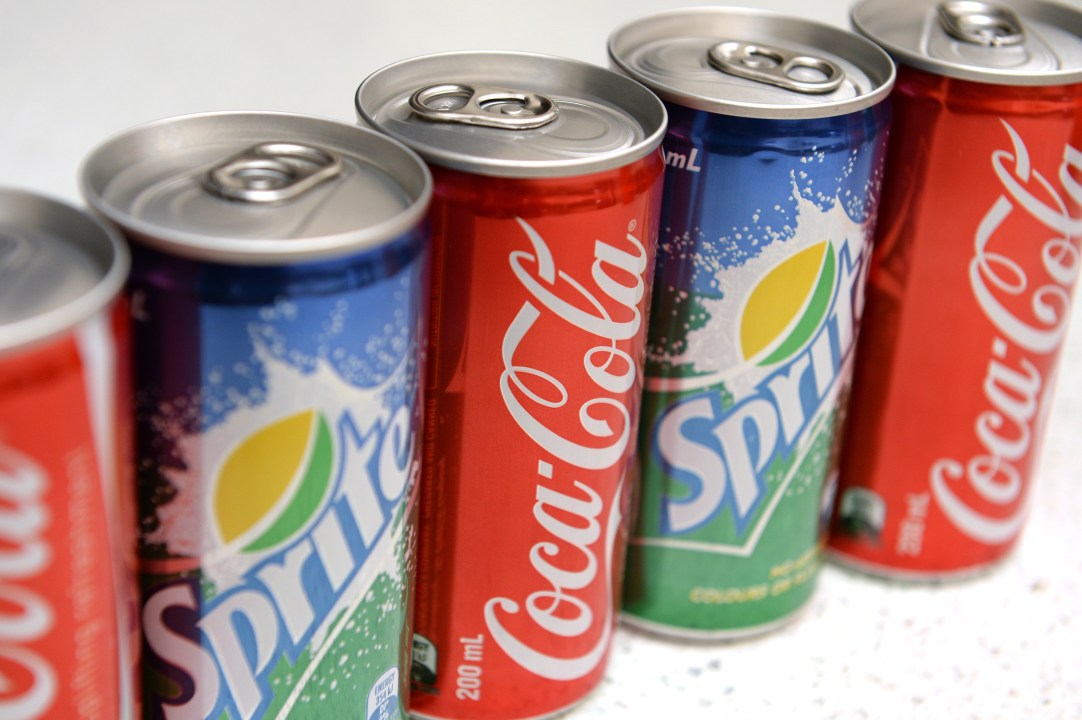 Health Minister Stephen Wade argues that the issue of taxing soft drinks is a national matter, however he says the Liberal Party’s position is “we don’t need another tax”.

“We believe there are higher priority public health initiatives that we should be focusing on,” he says.

“We’ll focus on things we can change but our party generally doesn’t seek tax as the first choice.”

GP Dr Rod Pearce says a tax on sugary drinks is “worth looking at”.

“There’s mixed feelings about that but if that’s what we’ve got to get to then yeah, do it,” he says.

Pearce says we shouldn’t tax “for the sake of it” and the revenue raised should be diverted into health initiatives.

He says diabetes can be treated but a sense of urgency is required.

“You’ve got a chance to actually intervene and live a normal life but you’ve got to get in early and treat it aggressively,” he says.

As for prevention, Pearce stresses the need to focus attention on children.

He says research shows risk of chronic disease like diabetes is “locked in” before the age of 15.

“You’re basically setting the marker for getting it if you don’t intervene in under 15s,” he says.

“We have to intervene and we have to make a difference early otherwise we’re going to accentuate the problem.

Well, you get what you ask for and if we’re asking for problems that’s what we’re getting.

Wittert says teaching “health literacy and health competency” in schools should be as important – if not more – than teaching maths and English, “because they’re survival skills”.

“You have to embed education in the schools,” he says.

“We want to teach people about history and geography and things, that’s nice, they should know things.

He argues schools don’t teach these skills “in any meaningful way”.

“They absolutely do not,” he says.

Wittert says people can make “relatively small changes” that will make a difference.

“‘Everyone reduce their alcohol consumption’, well we’re going to see a decrease in diabetes, and so it goes.

“The real message is ‘eat mostly plants’, as in vegetables and salads; some fruit, two pieces a day; meat/fish/chicken (and) drink water. Most people don’t need to snack.”

“Well, you get what you ask for and if we’re asking for problems that’s what we’re getting.”

Wittert is also a critic of some of the food served in the health system.

“How suitable is that for people with diabetes?” he asks.

It’s not just food given to patients that he says is a problem.

“Go and have a look at the vending machines around the hospital and what they’ve got in them,” he says.

“Is there any reason why any vending machine in the Royal Adelaide Hospital should have a sugared soft drink? Absolutely none whatsoever.

“We don’t sell cigarettes (in hospitals). Why are we selling cola out of a vending machine?

“At what point do we really want to take a cold hard look and say ‘let’s fix the problem’?”

“I think we are going to see more premature deaths,” he says.

“We need to have will as a society and across sectors that something needs to change.

“When people are losing their legs from diabetes isn’t it obvious that it’s catastrophic and we should put policies in place?”

We don’t sell cigarettes (in hospitals). Why are we selling cola out of a vending machine?

D’Onise agrees that just telling people what to do “has never been sufficient” and argues there are plenty of policies in place and in the pipeline to try to turn around the alarming rates of diabetes.

“What we look at is trying to create an environment around a person such that it is easier to make the healthier choices,” she says.

D’Onise knows that focusing on children will be key.

She says authorities are currently working on new healthy eating guidelines for schools “to change the food environment”.

Details are under wraps for now and while junk food won’t be banned altogether, D’Onise promises there will be a greater emphasis on healthier options.

“If you look at it from a child’s perspective and they’re at school and the school has healthy eating policies, it has a curriculum that’s supporting, it might have a community garden, that child is going to be immersed in those sorts of messages through their childhood,” she says.

The Education Department is one of 24 organisations Wellbeing SA has partnered with to create change, as it also looks to improve nutrition in prisons, charity food banks and hospitals.

“It goes for six months and people get to design their own goals,” she says.

“People on average after six months lose three kilograms of weight and three centremetres of waist circumference, which is really important for chronic disease prevention.

“There’s a module for people who are pre-diabetic and it reduces their risk of progression to diabetes.

“For diabetic people there’s a module to help them manage their diabetes well through diet and physical activity.”

D’Onise also talks of wanting to work with other groups like childcare centres and sporting groups.

When people are losing their legs from diabetes isn’t it obvious that it’s catastrophic and we should put policies in place?

But Wittert says if authorities were serious they would do something tangible like overhaul vending machines in hospitals.

Asked if that means items like soft drinks will disappear from hospital vending machines, D’Onise says: “The policies are still being developed so I don’t know exactly where they will land.”

Wade adds: “What they often say is that like 60 per cent of your offering will be in the healthy range.”

Wittert says improving health “literacy” for all ages will be vital to turning around diabetes rates.

He says living with socio-economic disadvantage is a risk factor for many chronic diseases, including diabetes.

“It’s not that people intentionally go out to do things that are harmful but that the level of health literacy and health competency is a factor,” he says.

“We know that 26 per cent or so of Australians have very poor health literacy.

“In areas where the prevalence of diabetes is lower – Burnside, eastern suburbs – rates of soft drink consumption are low and they’re falling.

“Whereas if you look at some of the lower socio-economic areas where rates of diabetes are increasing, soft drink consumption remains high. As does the consumption of processed foods.”

“There’s no systemic public health message about who should get screened and when,” he says.

Talk to your GP about diabetes screening

Because diabetes can stay “silent” for so long, D’Onise says it’s important for people to regularly see their GP from the age of 40 “so that the GP can look at whether screening is necessary”.

“Picking up diabetes early is an action that people can take,” she says.

“Obviously as prevention people we would like to start before that so that people are eating well and being physically active.”

D’Onise says for people who are in a high risk category, the combination of eating well and being active can slash their chances of developing the disease by more than half.

“So it’s quite powerful to eat well and be physically active in preventing diabetes,” she says.

South Australians need to step up when it comes to eating the recommended servings of fruit and vegetables a day.

D’Onise says about 65 per cent of us meet physical activity guidelines, but only half eat the recommended two pieces of fruit a day and just nine per cent or less eat five serves of vegetables.

She says that during the peak COVID period, more than half of us were eating junk food as part of our normal diet.

According to D’Onise, on the physical activity front, the biggest population health gain will come from people who currently do no exercise at all to doing even a small amount.

“I think people don’t realise that small changes can really make an enormous difference,” she says.

“At a population level they can certainly reduce that rising rate of diabetes.”

Authorities admit it’s a big task to turn around the concerning rates of diabetes but Wade insists “we have to be optimistic”.

“We have to believe our programs will have an impact,” he says.

He points to successes in other public health health areas such as tobacco and seat belts.

“By patient, diligent, long-term work, these things have turned around,” he says.

“And there’s no reason to think that diabetes can’t respond to targeted measures like those other areas have.”

It will be a 20-year journey to turn this around, without a doubt.

D’Onise says Wellbeing SA is a relatively new agency with a “broader reach than we’ve had previously”.

“It actually does give us a chance to halt the shift if you like, so stop the rise, which is what we would be aiming for in the first instance and then over the next 10 to 20 years start to see that decline,” she says.

“But these things are long-term trends. They’re set in time from people’s childhood. So it’s not logical or feasible to say next year, if we invest this year, we’ll reduce the rates – these things take time.

“But we most certainly want to see children getting through childhood in a healthy weight, healthy lifestyle habits and it will mean generational shifts.

“It will be a 20-year journey to turn this around, without a doubt.”