Lander told InDaily today he had “quite a few thoughts on” the proposed new laws – that are now expected to easily pass the Lower House.

But he declined to elaborate ahead of next week’s parliamentary showdown, in which he plans to read from a prepared statement that runs to 100 pages.

The legislative changes will see ICAC’s wings clipped, with the office only given jurisdiction to investigate matters of serious and systemic corruption.

Misconduct and maladministration will be restricted to the State Ombudsman, with the Office of Public Integrity moved out of the ICAC’s jurisdiction.

The laws will also establish an independent Office of the Inspector to replace the current ICAC Reviewer – with “enhanced powers of review and oversight of ICAC”.

But asked by InDaily today whether he opposed the new Bill, Lander replied: “You can say that, yes.”

“I wouldn’t support the Bill – and it will set back the anti-corruption cause in South Australia,” he said.

He is likely to rail against changes that will effectively remove ICAC’s jurisdiction to investigate allegations against SA Police – an issue over which he has previously butted heads with the police ombudsman and SAPOL.

Pangallo told InDaily Lander had requested a four hour hearing, but had been allocated two hours with a likely follow-up hearing.

“I’m expecting him to be critical of what the committee has been doing,” he said.

It comes as Lander’s successor Ann Vanstone’s relationship with parliament becomes increasingly fractious over the planned move – which was supported by both major parties and all crossbench members in the Legislative Council.

Vanstone – who in an opinion piece published in InDaily today declares the new laws will “severely narrow ICAC’s powers [placing] politicians out of reach – has reiterated her claim that some MPs had a “classic conflict of interest” in voting for the Bill, because they were or had been under investigation by ICAC. 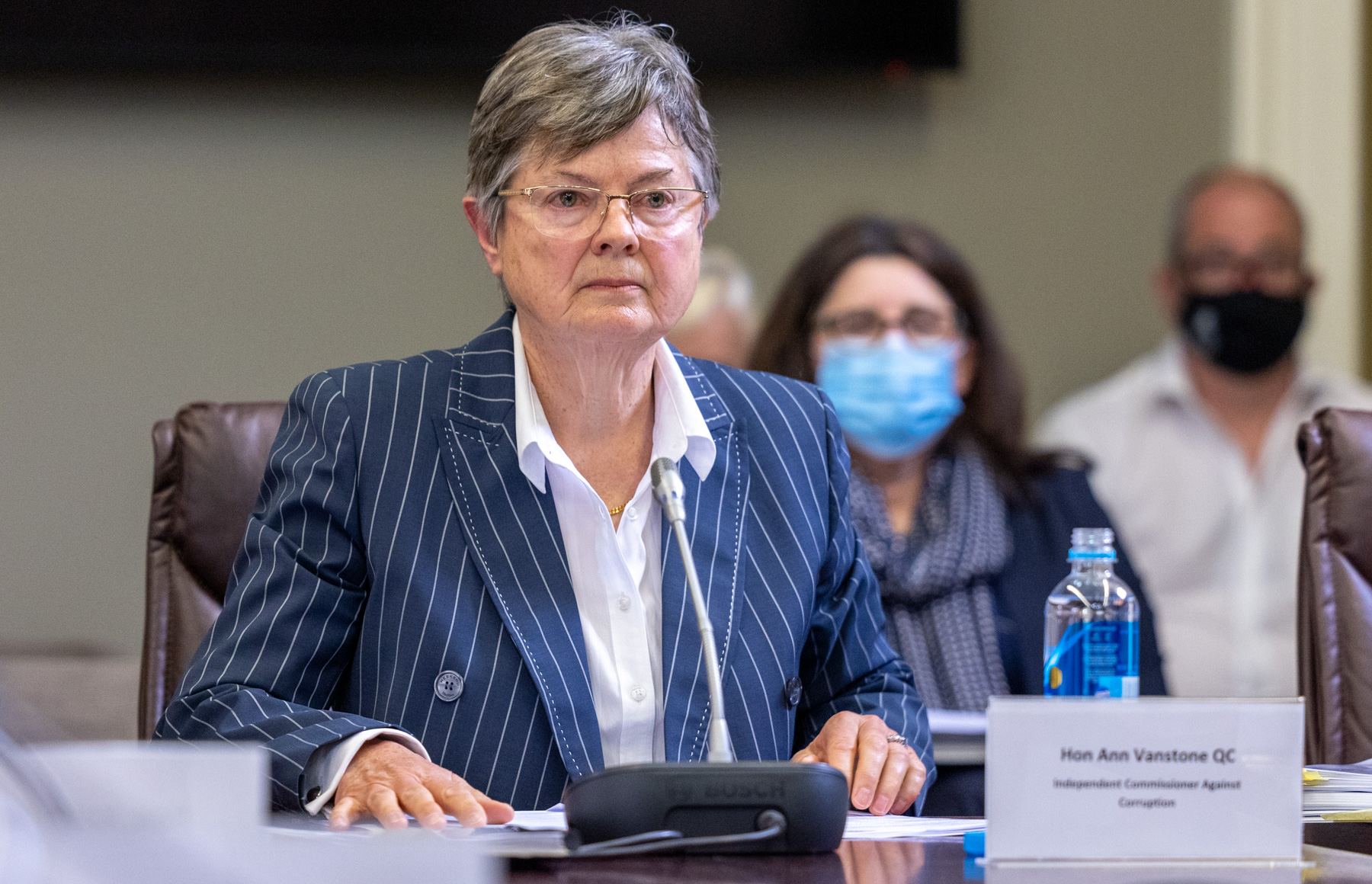 However, it’s understood former Upper House president Terry Stephens, who has previously declared himself the subject of an ICAC investigation into country members entitlements, was absent from the chamber during last night’s debate.

Some MPs have privately flagged that Vanstone’s heated critique of the proposed ICAC regime and her suggested motives of parliamentarians in voting for it would make her position untenable once the Bill is passed.

Pangallo told parliament last night: “With all due respect to Commissioner Vanstone, creating and enacting legislation is not her job.”

“She carries it out according to the act that parliament has passed—not what she wants or demands, parliament must do,” he said.

“[Her critique] is a classic case of tail trying to wag the dog and it sounds somewhat Cromwellian.”

On ABC Radio Adelaide today, Vanstone stopped short of confirming she would resign if the legislation passed, but said “I wouldn’t see much value in” continuing.

“It would be such a different job from the one I took on,” she said.

“I can’t stress enough how important I think the prevention and education functions are [and] if they go out the window, which they largely would, and if I’m only given this tiny area that I can investigate I’d have to think – what’s the point of the ICAC?

“As I’ve said, I think this legislation cripples and dismantles ICAC, so where does that lead?”

Vanstone has previously flagged she intends to step down as the state’s Judicial Conduct Commissioner, arguing the role is incompatible with her responsibilities as ICAC.

Treasurer Rob Lucas, who leads the Government in the Upper House, told InDaily he had not heard her comments this morning but they had been relayed to him.

“Ultimately the parliament decides what the legislative framework should be, and it’s up to individuals to make their decision,” he said.

“The parliament is obviously pre-eminent in relation to the framework that anybody [in public office] works within – it’s up to individuals to make their judgement.”

However, he rebuffed her criticism of MPs being conflicted, saying “the views of one or two members in the Upper House of parliament was of no consequence [because] there weren’t any votes”.

“There was no division at all.. it was a unanimous view from the parties, Liberal and Labor and the two crossbench parties, to indicate support for the Bill,” he said.

“She’s turning it into a fight between ICAC and parliament,” he said.

“They’re [the ICAC] not going to be crippled – they’re going to be looking at serious and systemic corruption.”

Asked whether Vanstone’s position would be untenable if the Bill is passed, Pangallo said: “I’ll reserve my answer on that one at this point.”

“I’ll wait and see what happens in the House of Assembly – but you have to bear in mind that last night everybody voted for it,” he said.