The Federal Government announced this morning it would invest $15.1 million to double its Forestry Salvage Transport Assistance scheme with a particular focus on salvaging softwood pine logs on Kangaroo Island so they can be processed into structural timber.

However, the Federal Government says the funding will only support the transportation of the softwood to mills with immediate spare processing capacity, raising concerns that the timber may not end up in the hands of South Australian builders.

All of South Australia’s structural timber mills are currently at full capacity but in New South Wales there are a couple of major mills with huge spare capacity as a result of a lack of local timber available to process, in part due to bushfires in their own state.

The State Government announced a $2 million fund for mills to increase their structural timber output in June and called for expression of interest but it is yet to announce the successful recipients.

Industry has welcomed the news but the finer details of the plan are yet to be publicly released.

It is understood the State Government needs to formally agree to the federal deal and chip in about $1 million towards the freight subsidy to secure a portion of the timber for SA builders.

The original Forestry Transport Assistance scheme was announced in May 2020 to subsidise the transport of fire-affected timber following devastating bushfires in SA, NSW and Victoria in the 2019-20 summer. But it was only made available to Victoria and NSW after they agreed to contribute funding.

SA Master Builders Association CEO Will Frogley said it was crucial that the State Government sign on to the scheme as soon as possible to secure at least a fifth of the timber.

He said the association had long lobbied for a solution to the building shortage that utilised the KI timber and today’s announcement was a significant step in boosting supply.

“The State Government is saying that with their contribution we should be able to get about 60,000 tonnes of structural timber, enough to build about 2000 homes and put a big dent in the current timber shortage in the state,” Frogley told InDaily.

“A big issue is the capacity of the mills around the country and that’s where I think the State Government’s EOI process can help with this in terms of the speed required to bring this to market.

“It’s also why they are looking around for capacity interstate, particularly New South Wales.”

South Australia typically builds about 10,000 new homes a year. However, the HomeBuilder stimulus grant led to a spike of building applications totalling 12,144 for the financial year ending June 30.

The timber shortages have meant some builders will not be able to secure materials until May next year.

“We stand ready to work with states and urge them to act swiftly to help us bring bushfire-affected construction timbers to mills with immediate capacity to produce structural timbers,” he said.

“(It will) allow for both intrastate and interstate transport of remaining bushfire-salvaged construction-grade softwood to mills in any state with capacity to process it.” 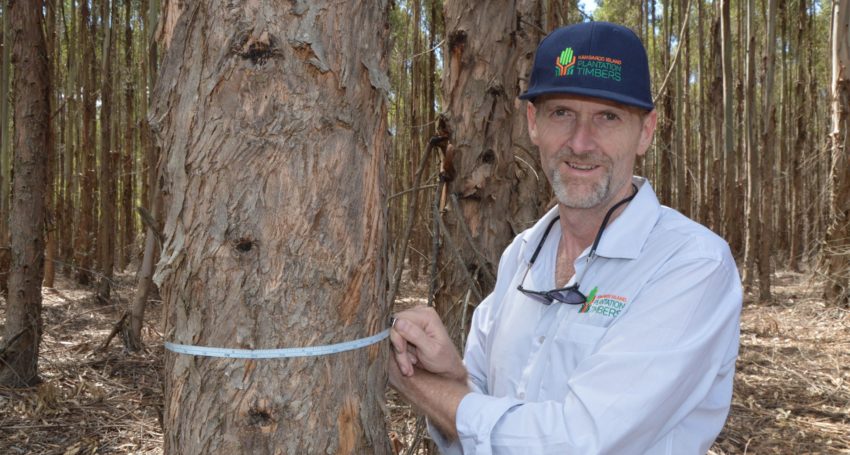 KIPT managing director Keith Lamb says the company has yet to receive the details of the rescue package.

Listed company Kangaroo Island Plantation Timber has about 14,500 hectares of plantations, about 80 per cent of which is hardwood (blue gum) and 20 per cent softwood pine, which is used to produce structural timber.

The company has been in a race against time to get damaged timber off the island before it rots but all but gave up last month after the State Government rejected its bid to build a $40 million port at Smith Bay on the island’s north coast.

It now plans to fell and burn the timber and convert the plantations into farmland.

KIPT managing director Keith Lamb told InDaily this morning that the company was yet to be provided with details of the latest plan and therefore could not comment further.

“This will be a game-changer for South Australia’s housing construction industry and will significantly increase the amount of structural timber currently available,” Basham said.

Basham used his media release to take a swipe at the Opposition, blaming the former Labor government for privatising much of the state’s forests and removing its flexibility to support the timber industry through periods of short supply.

Shadow minister for Regional Development and Forestry Clare Scriven said the Marshall Government’s plan to help get timber off Kangaroo Island was about 18 months too late and failed to ensure the SA construction industry would have priority access to the materials.

“There is an unprecedented boom in the construction industry, but our small businesses are unable to benefit from it due to the timber shortage,” she said.

“In fact, there are hundreds of small construction businesses that risk shutting their doors completely because they simply cannot access timber.”