The rocket, owned by Taiwan-based space company tiSPACE, will travel southwards over the Great Australian Bight, with Southern Launch using the launch to gather noise and vibration data to determine the impact of rocket launches on native wildlife.

Southern Launch was granted permission by the State Commission Assessment Panel to launch the test rockets in June, but it is still waiting on approval to build two permanent launchpads at the Whalers Way site to host regular satellite launches into orbit around the Earth’s poles.

The proposal has received significant backlash from conservationists and local residents, who argue a rocket launchpad complex should not be built in a conservation zone that is home to several state and federal-listed threatened bird species.

In a joint statement issued yesterday, South Australian conservation groups including the Nature Conservation Society, Wilderness Society, Conservation Council, the National Trust, Birds SA and Trees for Life expressed “major concerns” with the imminent launch and plans for a permanent launchpad facility at the site.

They called on the State Government to order an independent review of possible alternate locations for the launchpads, arguing “the only analysis that has been done on possible locations is by the company that stands to profit from this operation”.

“We have urged the Government to work with the company to find an alternative site for the proposed rocket launch facility, but so far, none have been put forward,” Trees for Life CEO Natasha Davis said.

“If this proposal is to be further considered, then an independent review of where this facility could be located needs to be undertaken, as was done for the Kangaroo Island Timber Port.”

According to Southern Launch’s Environmental Impact Statement, which is currently out for public consultation, the company considered several sites to build its permanent launchpad facility before settling on Whalers Way.

Alternate sites in South Australia included Kangaroo Island, Cape Jervis, Cape Douglas, Ceduna and the Mid Eyre Peninsula, while a RAAF base in regional Victoria and a national park in Western Australia were also considered.

The statement says Whalers Way was chosen because it offered a “large, contiguous allotment, directly adjacent (to) the coast, held as freehold land, located in close proximity to Port Lincoln”.

“The site had no dwellings or other human occupied facilities located on it and the closest dwellings were located an appropriate distance away to allow suitable buffer zones to launch sites to be established within the allotment,” the statement says.

“The site was largely covered with remnant vegetation, however previous recreational uses had resulted in some degraded areas of vegetation.

“The site was the subject of a Heritage Agreement; however, some areas of the site were specifically excluded from the agreement.”

Asked whether the Government supported an independent review into alternate locations for the launchpad facility, a state government spokesperson told InDaily that as Southern Launch’s proposal had been classed as a “major project”, the company would need to submit an analysis of why Whalers Way is a suitable site.

“The proponent’s Environmental Impact Statement is currently out for public consultation, and South Australians are urged to have their say,” the spokesperson said.

The public has until next Thursday to submit feedback via the Plan SA website.

“They provide enormous value to all South Australians, to regional economies and species at risk like the osprey and southern right whale,” he said.

According to Southern Launch’s Environmental Impact Statement, six threatened bird species were located during field surveys at the launch site, and another ten threatened species were known to live in the area.

The statement found the removal of some 24 hectares of vegetation required to accommodate the permanent launchpad could result in habitat loss for those species, but species fragmentation was considered “limited and unlikely to be considered significant”.

InDaily asked Southern Launch what processes had been put in place to ensure today’s test rocket would be launched safely and with minimal environmental impact, but did not receive a response.

In a public statement, the company said the test was the culmination of thousands of hours of preparation and planning. 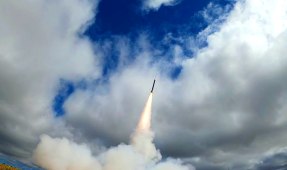 “It’s important to remember that this is a test launch and that, no matter what happens tomorrow, we will gain valuable data that will further propel us along our journey.”

In a Facebook post this morning, Premier Steven Marshall said the test launches “put South Australia in the box seat to tap in to the nation’s booming space industry”.