“Today we have some news to share … with a pounding heart and a lump in our throat, the founding families have decided to hand the custodianship of Fermentum (and its family of businesses – including Stone & Wood) over to Lion,” the group said.

“As a founder of a business, from day one you know that at some point down the road you will have to hand it over to someone else. Earlier this year, we realised that we were approaching a major milestone in the development of Stone & Wood where we knew it was time to build a new brewery.

“After many months of working through how we were going to begin the next chapter in our story the founding families decided it might be time to see if there was a custodian for the business who could grow the legacy, its people, its culture, its brands, and continue to drive the business whilst staying true to its purpose.”

The acquisition is the latest in a string of craft beer sales to corporate brewers in recent years.

The Stone and Wood trio said Lion demonstrated it had the same values.

“It is a day that is filled with so many mixed emotions – excitement, sadness, anxiety, and pride to name a few, and we know that whilst some people will be happy for us, and some will have a sense of loss, we take great comfort in knowing that we are handing the business over to a custodian that will maintain the Stone & Wood truth that – Good Beer is Our Thing,” they said. 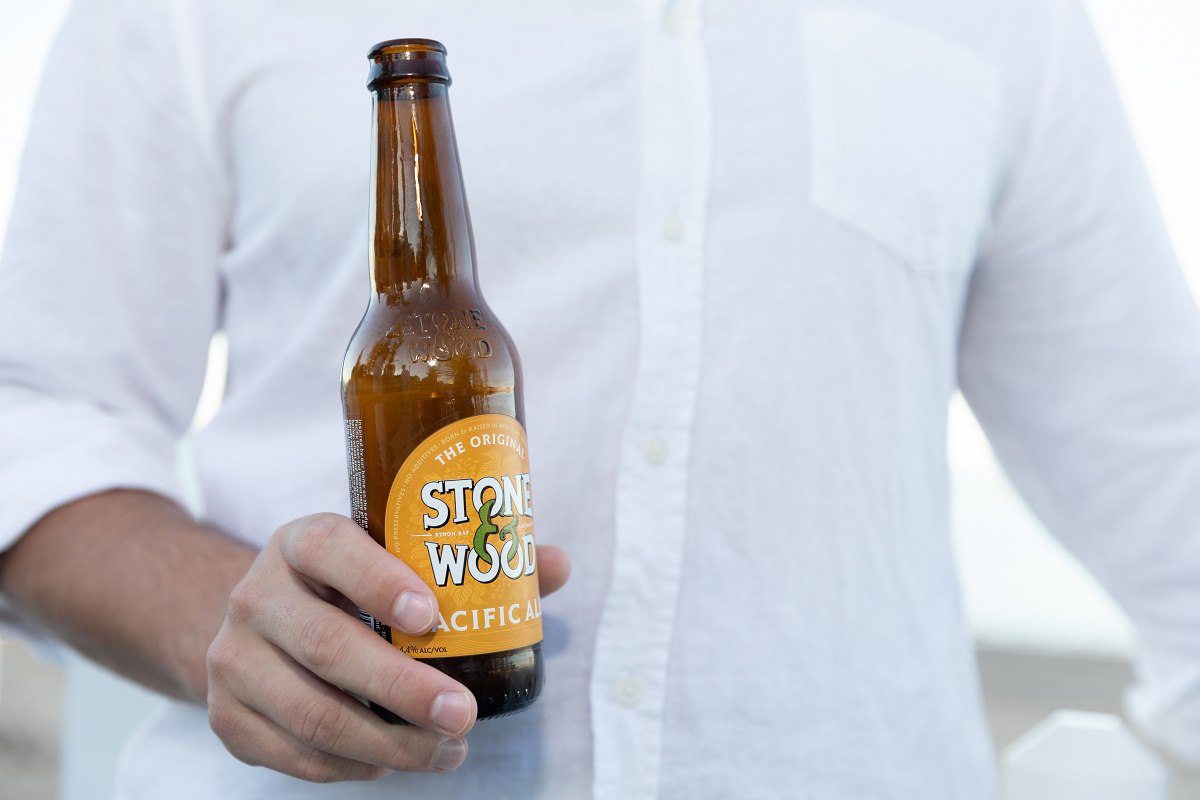 Stone and Wood’s Pacific Ale is one of Australia’s most popular craft beers.

“We have a shared vision of ‘Brewing as a Force for Good’. Lion is Australia’s first large-scale carbon neutral brewer and we will be backing the Stone & Wood, Two Birds and Fixation breweries to go carbon neutral as well. There are a lot of areas where we can learn from each other,” Brindley said.

“The Fermentum business will continue to be a unique player in the drinks industry and we are excited about the opportunities for growth ahead.”

In a statement yesterday, Independent Brewers Association chair Peter Philip said Stone and Wood had played an important role in laying the foundations for a strong independent craft beer industry in Australia.

“The IBA are obviously saddened by the loss of Stone and Wood from our stable of indie brewers and of course as valued members of our association,” he said.

“Ultimately, the reality is that business owners need to make decisions every day on what is best for them, their shareholders and their staff.”

This article was originally published by InQueensland. Read the original story here.