Buckskin started in the role today and is responsible for driving the planning, programming and curation for the $200 million state and federal-funded centre, which is currently in the planning approval stage and yet to be officially named.

The Narungga, Kaurna, Wirangu and Wotjobaluk woman has previously worked as a First Nations consultant for American mystery drama The Leftovers and Australian drama Storm Boy, as well as a creative producer and mentor for Coming Home: A Film Honouring Aboriginal Diggers.

She is a former deputy chair of the Australia Council for the Arts and has previously worked across local festivals including Adelaide Fringe, Adelaide Festival and Tarnanthi Festival of Contemporary Aboriginal and Torres Strait Islander Visual Arts.

Buckskin was appointed by the former Weatherill Government to help judge its design competition for the now-scrapped Adelaide Contemporary gallery at Lot Fourteen.

The winning design never came to fruition, with Marshall instead opting to build what was initially touted as Australia’s first “National Aboriginal Art and Culture Gallery” at the site.

Recruitment of the centre’s inaugural leaders has been a drawn-out process.

In March the Government shelved plans to hire a director and instead started advertising for an assistant director following a “reconsideration” of staffing needs.

Candidates were shortlisted for the assistant director role earlier in the year, but the Government decided not to proceed with an appointment.

A government spokesperson told InDaily in May that the Government had instead decided to readvertise the position “to enable further Aboriginal and Torres Strait Islander people to have the opportunity to apply”. 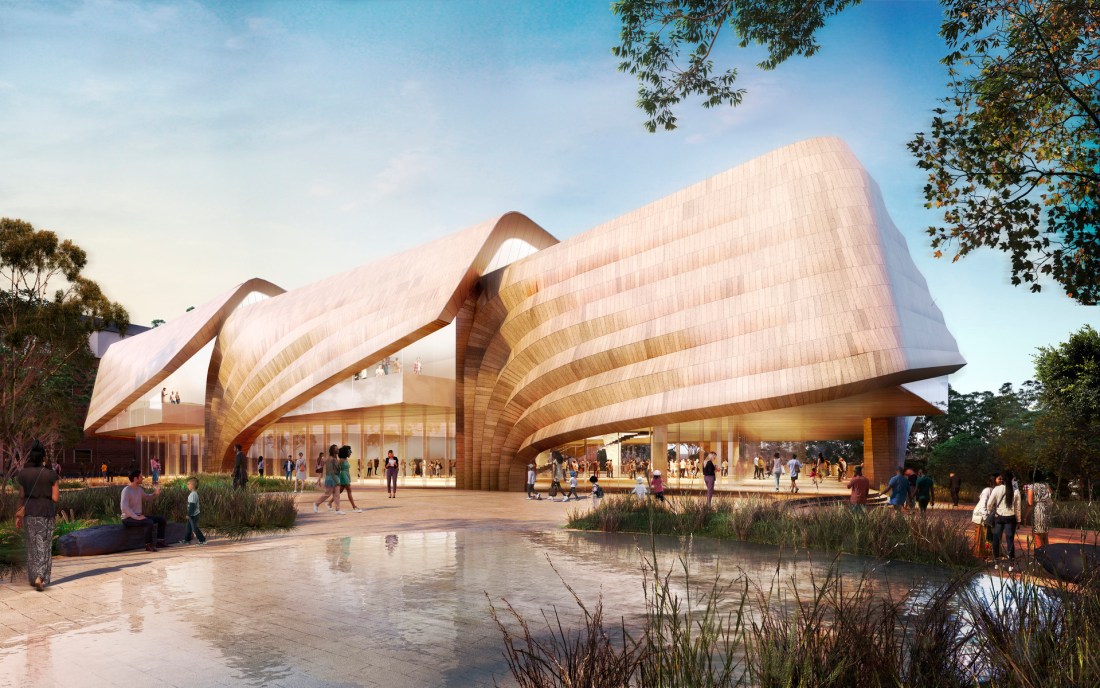 An artist rendition of the North Terrace arrival at the planned $200 million Aboriginal Arts and Culture Centre, with water feature and cantilevered galleries evoking a sense of welcome (Image supplied: Diller Scofidio + Renfro and Woods Bagot).

Marshall said today that Buckskin’s appointment signified a “pivotal milestone” in the development of the Aboriginal Art and Cultures Centre.

“From project inception, representation of Aboriginal and Torres Strait Islander communities has been at the core of the project and will continue to be so under Miss Buckskin’s leadership,” he said.

Buckskin said her role would draw upon “a wealth of local knowledge and experience which will inform the programs curated in the space”.

“The collaborative approach is embedded in Indigenous cultural practice and represents a millennium of trial and error, testing and listening to the bonds of people and landscape,” she said.

“I look forward to developing a vision for our communities and international visitors to engage, learn, explore and connect with the history, art and contemporary culture of Australia’s First Peoples.”

The cultures centre, which will house art galleries, performing arts spaces, a shop, café, event areas and a commercial kitchen, is slated for construction early next year. 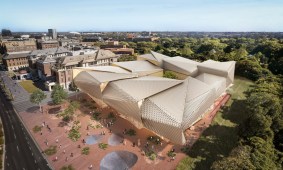 The number of annual visitors to the centre is estimated to increase to up to 665,000 people by 2040, with results from a “high-level visitation benchmarking exercise” projecting visitation will grow by about five per cent each year.

However, the Government is yet to release a full business case outlining the projected viability and cost of running the centre.

It instead has released a summary business case, which states the centre will be “the first of its kind in Australia” and will drive tourism to South Australia.

Exhibition installation is scheduled for October 2024, ahead of a public opening in early 2025.