ALP member Bradley Johnson, 22, wrote to Labor leader Peter Malinauskas early this month, alleging that he had experienced “inappropriate comments and general belittlement” from Piccolo during his 12-month traineeship that ended in December 2018.

He also claimed that he was forced to resign early because Piccolo allegedly wanted to replace him with another trainee.

Johnson’s letter claimed he was given an “ultimatum” to “hand in my resignation before close of business or I would never get a good reference from him in any future jobs”.

He sought a “formal written apology from Tony for his bullying and harassment, as well as an apology”, and asked Malinauskas to “speak to Tony about organising this”.

But Treasurer Rob Lucas this week referred the matter to Commissioner for Public Sector Employment Erma Ranieri, seeking “advice about options” to have the “disturbing claims” investigated.

It can be revealed that this referral followed an email from party elder Maggie Dawkins, a committee member of Whistleblowers Australia, whose husband John was a former federal Treasurer in the Keating Government.

Their daughter Alice Dawkins recently ran a controversial preselection campaign in the safe federal Labor-held seat of Spence, during which she threatened to take the party to the Supreme Court claiming it had failed in its obligations to Affirmative Action. 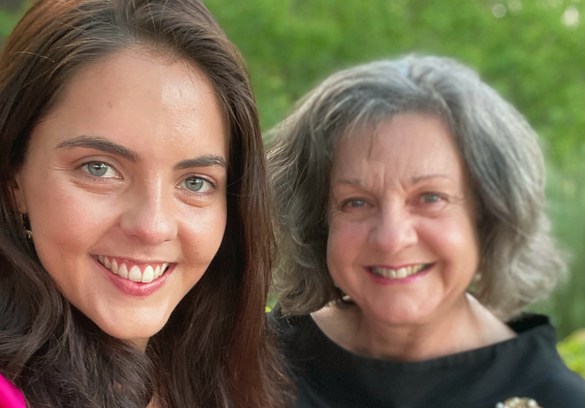 A letter from Lucas to Dawkins, seen by InDaily, thanks her for her letter “dated August 16, regarding the investigation of allegations made against the Hon Tony Piccolo MP by his former trainee Mr Bradley Johnson”.

“Mr Piccolo has been publicly accused by Mr Johnson of months of escalating harassment and abuse both verbally and via email, culminating in Mr Johnson’s [alleged] forced resignation in 2018 one month before his traineeship was due to be completed,” Lucas wrote.

“As you have correctly stated in your email, trainees such as Mr Johnson are employed within the Department of Treasury and Finance.

“The SA Government takes allegations regarding the bullying and harassment of public sector employees extremely seriously [and] I have referred the matter to the Commissioner for Public Sector Employment, who will provide me with options to have the allegations investigated.”

Lucas told Dawkins he had “in particular asked the Commissioner whether there may have been a breach of Section 53 of the Training and Skills Development Act 2008, which applied at the time”.

Under the Act, he wrote, “it is an offence to pressure someone into the termination of a training contract such as a traineeship”.

“Whilst nothing prevents the Labor Party from conducting its own investigation, it is my view that these complaints cannot be properly dealt with by an internal review which is not truly independent, but conducted by Labor-appointed investigators into a long-serving Labor MP and former minister,” he said.

“It is appropriate that the Government takes steps to investigate any reported allegations of bullying and harassment.

“Thank you again for writing to me about this important issue.”

Contacted by InDaily, Maggie Dawkins – who worked as a Labor staffer for one-time federal leader Kim Beazley in the 1980s, but has since left the party – said she “hadn’t physically met Bradley Johnson” but “Alice has and vouches for his genuine concerns”.

She said she wrote to Lucas after Labor announced it would instigate an independent inquiry, a position she declared “absurd”.

“I sent a very simple email to the Treasurer’s email address, and asked if it was appropriate that they have an independent investigation, when my reading of the traineeship program was he was a Government employee,” she said.

“I got this very robust reply very quickly.”

Lucas said he had already resolved to refer the matter to the Commissioner before he received Dawkins’ email.

Johnson told InDaily he had not contacted Maggie Dawkins but was aware she had referred his matter to the Treasurer.

He said he had supported Alice Dawkins’ campaign for Spence.

“I know Alice through her campaign [and] she helped me in terms of who I should contact [regarding the complaint],” he said.

He said he was “never actually contacted” by Lucas about escalating his complaint to the Commissioner.

“I did appreciate it happening, but a heads-up would have been great,” he said.

A spokesperson for Ranieri told InDaily that a trainee working in an electoral office did not fall under the remit of the Public Sector Commissioner.

“The Commissioner is seeking Crown Law advice about which forum is the appropriate place to investigate this issue,” her office said.

Piccolo said he was “making no comment because there are two inquiries running”.

“I’ll certainly let those two inquiries know my view and my position,” he told InDaily.

He said he had not been contacted by either inquiry as yet.

“I want the reports of those inquiries to speak for me rather than me speak for myself,” he said.

Asked if he was aware that Dawkins had interceded in that matter, he said: “That’s news to me.”