Videos have emerged of people swarming Kabul’s airport to try and get on military evacuation flights after the Taliban entered the Afghanistan capital and declared and to the 20-year war.

Footage has shown people clinging to planes taking off, with some reportedly falling to their deaths. 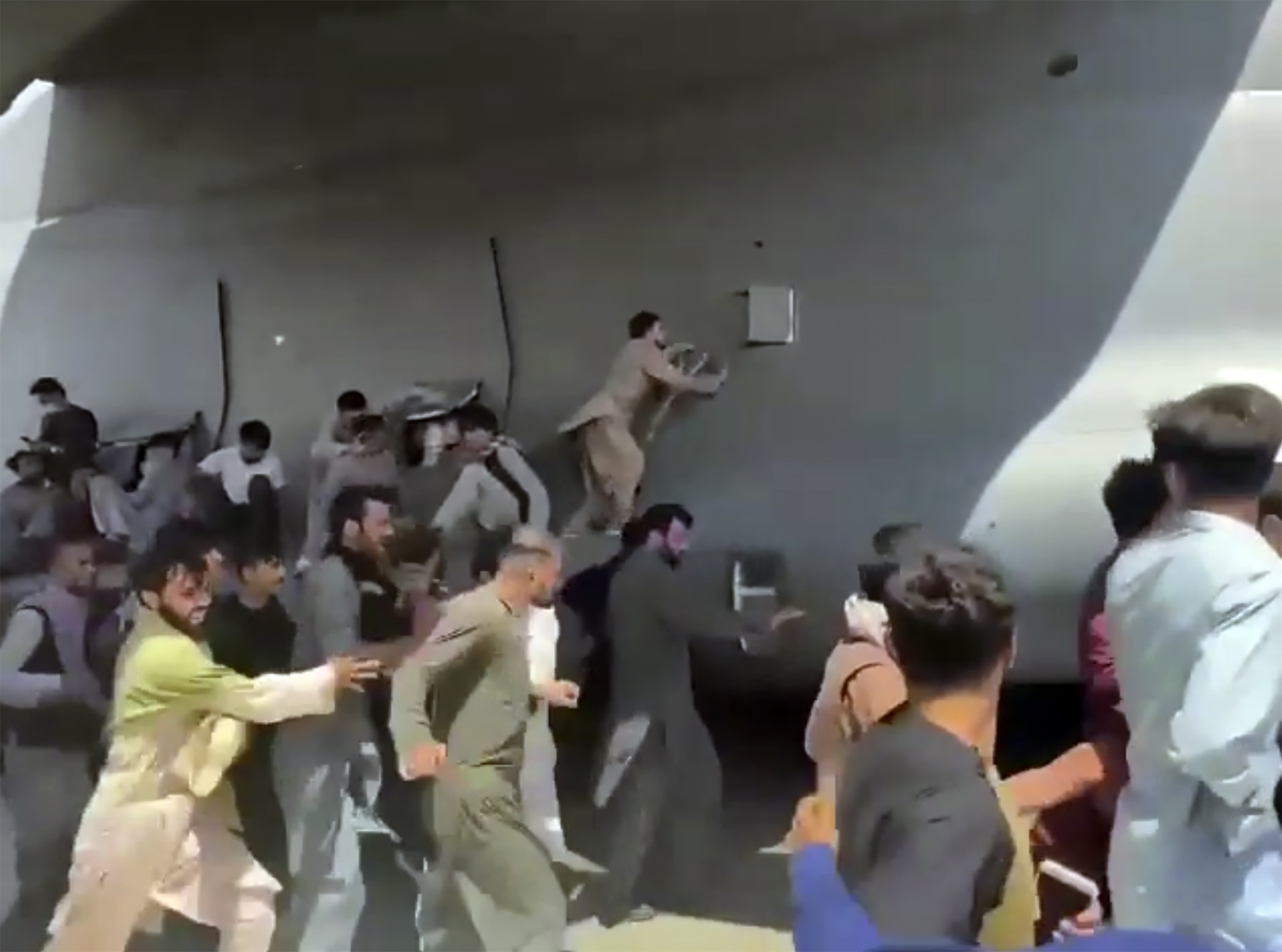 US Embassy staff evacuated by helicopter to the airport as the Taliban entered the city, as residents rushed to escape.

Dutton has authorised plans for troops and equipment to help evacuate Australian citizens still in Afghanistan.

“We won’t be landing into Kabul in these circumstances and obviously we’ve got a base close by which is safe and secure in the UAE,” he said.

“That’s where we’ll stage from, but we’ll work with the Americans and others including the Turks et cetera to make a very difficult, tragic situation the best it could be.”

More than 250 Australian defence personnel will be deployed to support three RAAF aircraft to evacuate citizens and visa holders under a US-led operation.

The government will help citizens working with NGOs, contractors and dual nationals, who had stayed since Australia shut its embassy in May.

“We’ll provide assistance to withdraw them and that will take some time,” Dutton said, adding that he had no argument with how the US handled the withdrawal.”

“As President Biden pointed out, if people aren’t prepared to fight their own country, it is very hard for the US to fight for it. They’re either damned if they’re in place and they’re damned if they withdraw,” he said.

“We would have, I think, suffered multiple terrorist attacks of a significant scale had we not gone into Afghanistan 20 years ago. It was always going to be a difficult departure.”

Dutton said the surprising factor was the rate at which the country was overtaken by the Taliban after the US decision to withdraw from a war which had cost it more than $US1 trillion ($A1.4 trillion).

In a televised address on Monday afternoon, US President Joe Biden said he did not regret his decision, insisting he had had to decide between asking US forces to fight endlessly in what he called Afghanistan’s civil war or follow through on an agreement to depart negotiated by Republican former president Donald Trump.

“I know my decision will be criticised but I would rather take all that criticism than pass this decision on to another president of the United States,” Biden said.

The Democrat has faced a barrage of criticism, from even his own diplomats, over his handling of the US exit, pulling out troops and then sending back thousands to help with the evacuation.

Ben Wallace, defence secretary of usually staunch US ally Britain, said the 2020 Doha withdrawal accord struck with the Taliban by Trump was a “rotten deal”.

Dutton said that allied troops who served in Afghanistan should be proud of their service. ADF personnel were sent to the country in 2001 as part of a US-led Coalition. More than 40 Australian soldiers died in the conflict.

“You could stay in Afghanistan for another 20 years, another 100 years and you may or may not see peace,” he said.

Foreign Affairs Minister Marise Payne said Afghan people in Australia on temporary visas would be supported and none made to return to their home country for now.

“Our national interest is in ensuring those who helped us are helped.”

Since April, 430 Afghan employees, as well as their families, have been brought to Australia.

More are expected to be evacuated in coming weeks.

The US has sent about 3000 extra troops to evacuate embassy staff and others as the capital fell.

Prime Minister Scott Morrison met with national security ministers on Monday to discuss the next steps.

“As in any crisis situation, the Australian government’s priority is to ensure the safety of its citizens,” Morrison said in a statement.

“We have over 130 Australians in Afghanistan, working in the UN, non-government organisations, and elsewhere, and we are working to bring them and their families home.

“We are also assisting those who have been granted humanitarian visas, and others who are in the process of applying for protection.

“Those preparing to leave the country must be able to do so without threat or hindrance. We will continue to work with key partners in the days ahead to enable this safe passage.”