Listed company Kangaroo Island Plantation Timbers yesterday announced it would walk away from the forestry industry following the Government’s decision to reject its plans for a port on the island’s north coast.

It instead plans to revert 18,696 hectares of its land to agriculture – a decision that will involve uprooting and burning about 14,500 hectares of pine and blue gum plantations.

The move comes at a time when severe structural timber shortages are threatening to derail South Australia’s building boom.

Some of the estimated 4.5 million tonnes of timber damaged in the Kangaroo Island fires that began in December 2019 had been earmarked for use as structural timber for the building industry, but shipping it off the island in an economically viable way is yet to be achieved.

While small amounts of timber have been trucked across Backstairs Passage on the SeaLink ferry from Penneshaw to Cape Jervis, larger barging proposals from Kingscote and American River have faced some community opposition and approval delays.

Primary Industries Minister David Basham told ABC Radio Adelaide this morning his department was working with industry on ways to salvage as much timber as possible before it was pushed over and torched.

“It’s crazy and it’s something we’re working strongly towards to make sure it doesn’t happen,” he said.

“They are open to options for getting timber off the island still, they just want it off really quickly.

“We know there will be some timber that has been so badly damaged that it has no economic value even if we could get all the timber off easily, so we know that is likely to have to be burnt.”

Basham said he was most interested in the 3000ha of pine plantation, which could potentially be salvaged for structural timber.

KIPT has estimated this is enough to build 10,000 homes, which is about the number of new homes built in SA each year.

“We need to go over and see exactly what’s there and we are organising for that to happen almost immediately,” Basham said.

“Pushing the trees over is a faster and quicker way of bringing it back to production but as a publicly listed company, they need to consider all proposals put to them.

“If we can put a case to them that there is going to be a return for them then as directors of a public listed company they have to consider that.

“The long-term solution for timber to be an ongoing industry on the island did require, in their eyes, a port to be built.

“For the short term option to get timber off, nothing has changed.” 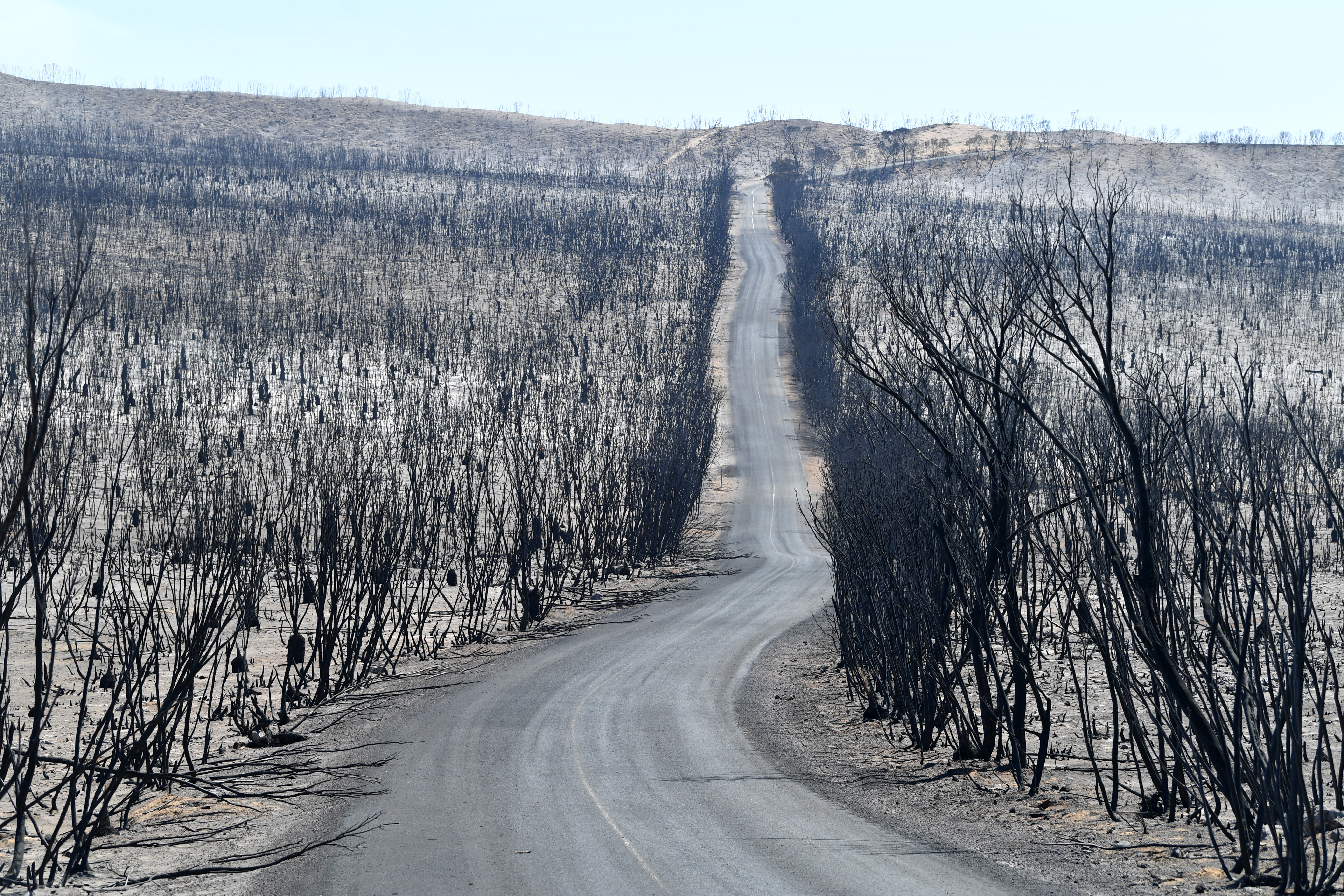 The Kangaroo Island fires burnt 210,000ha – almost half of the island – across a 612 km perimeter. Photo: AAP/David Mariuz

KIPT has said the pushing over and piling of timber would likely begin soon with burning to take place between late April and October, outside of fire danger season.

The Environment Protection Authority handballed questions about the legality of a burnoff of such a huge scale to the CFS.

In a statement, the CFS said permits under the Fire & Emergency Services Act were required to undertake burning during the fire danger season.

“Outside of this period people need to check with local council for any requirements,” the statement said.

A long-time opponent of the Smith Bay port and former Liberal state MP, Kangaroo Island Mayor Michael Pengilly yesterday took to social media to hail the KIPT decision to axe its plantations as “a great rethink”.

“Sensational announcement by KIPT this morning to the ASX announcing trees will be replaced by agriculture starting immediately!” Pengilly wrote

“This is a huge thing for KI and will reboot the Central/West population and community.”

The proposed port was given major project status in 2017 and was recommended by Chapman’s department that it could be supported, but she vetoed the development due to the potential for long-term environmental damage, impact on local businesses and the island’s character.

Basham distanced himself from the decision to reject the port.

The State Government called for Expressions of Interest in June from the sawmill industry for $2 million in funding to help increase capacity to process structural timber.

Basham has confirmed that three proposals had been received and all of them sought to access the KI timber. However, the government is yet to announce the successful applicants.

The  Federal Government announced in May 2020 the $15 million Forestry Transport Assistance scheme to subsidise the transport of fire-affected timber following devastating bushfires in SA, NSW and Victoria in the 2019-20 summer. But it was only made available to Victoria and NSW after they agreed to match funding.

Basham flew to Canberra in June vowing to raise the issue of SA’s inclusion in the scheme with his federal counterparts but an announcement is yet to be made.

KIPT managing director Keith Lamb told InDaily yesterday the company had been trying to establish alternate routes for barging logs off the island for 18 months including via Kingscote and American River.

“We’ve encountered obstacles at every turn so the company’s view is that it has the capacity to just get on with that reversion program but if governments or third parties want to work with us on the salvage program we are very happy to do that,” he said.

“We are very mindful that South Australia has a timber shortage and we have 300,000 tonnes of high-quality structural timber that would make 10,000 homes and we are very mindful that there is great interest in salvaging it but at the moment we can’t get it off the island economically so that’s where the challenge lies.

“We need substantial assistance to get some activity going through Kingscote … but so far we’ve heard nothing.”

The company announced yesterday that its 25,000 ha of land on western Kangaroo Island had been valued at $51.4 million under the agricultural strategy.

KIPT also has $32.7 million cash in the bank and is debt-free. The board also yesterday announced an on-market share buyback up to a maximum of 5.65 million shares, which represents about 10 per cent of the shares on issue.

It said the buyback was possible because it was in a position to return surplus capital to shareholders.