The club has maintained it cannot comment on the matter pending an AFL Integrity Commission inquiry, understood to relate to comments alleged to have been made in the quarter-time huddle of the Crows’ reserves side’s SANFL game against North Adelaide at Prospect Oval on July 17.

North Adelaide have confirmed the club has been informed of the AFL investigation, into a remark allegedly attributed to Walker, who was attending as a spectator.

The alleged comment was reportedly made to a fellow Crows player and referred to Aboriginal Roosters player Robbie Young, who previously played three games for St Kilda in 2019.

Walker, currently the AFL’s second highest goal-kicker for 2021, did not take part in a training session at Adelaide Oval this morning, with Crows assistant coach Nathan van Berlo telling media he had been “given the morning off” amid the drama.

“I understand there’s a really high level of interest in the football club at the moment, but I hope you can understand and appreciate that I’m not in a position to make any comment this morning,” he said, calling the issue a “highly sensitive and highly confidential matter for the time being”.

He could not confirm whether the allegation had been initially reported by someone involved with the club, reiterating he would not be commenting on the investigation.

However, he said the issue had been discussed by the playing group as a whole, saying: “We had a discussion as a group and I’m not going to go into what was said.”

Asked whether Walker would play on the weekend, van Berlo said: “Those conversations are being had.” 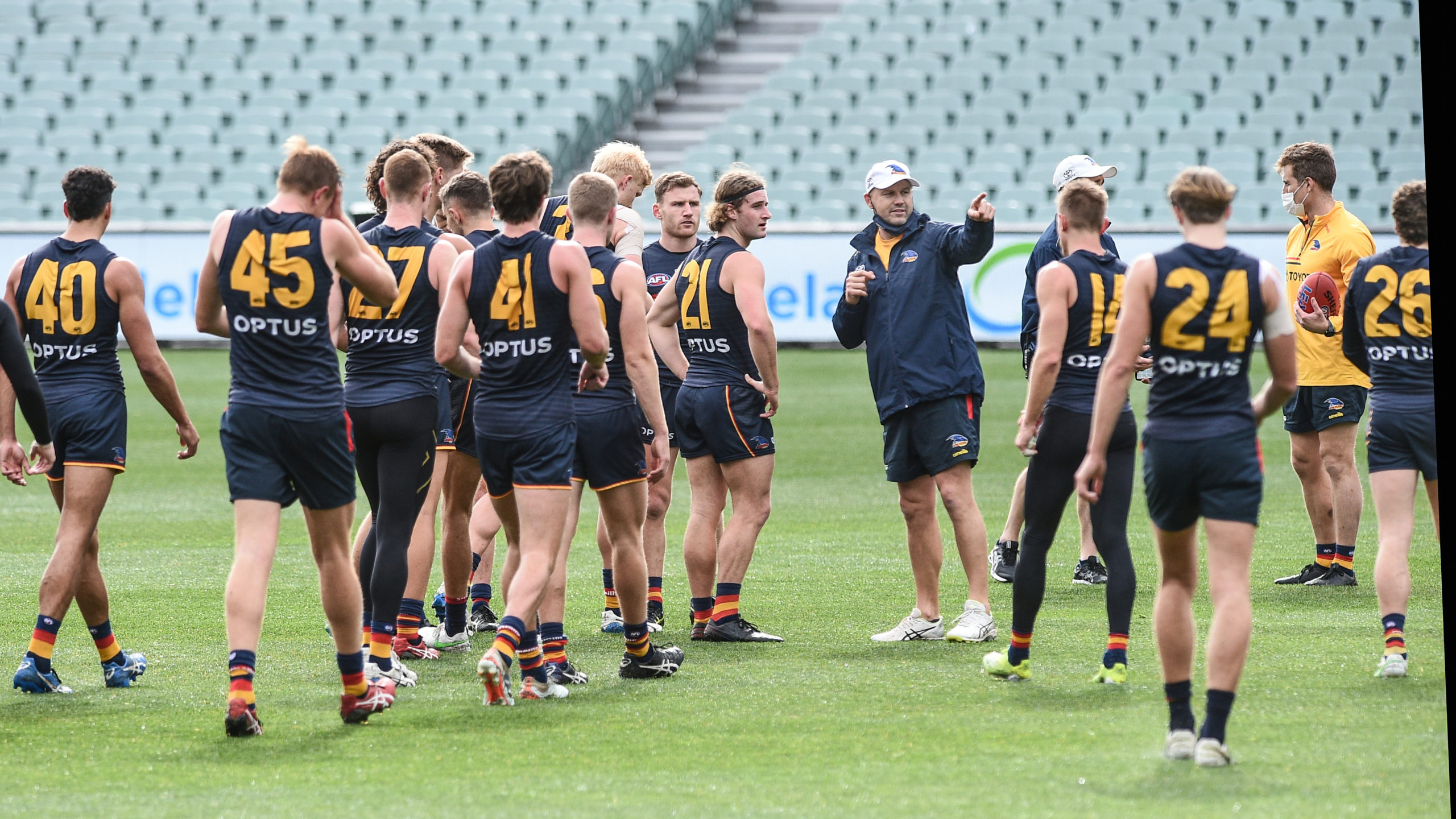 The team for Saturday’s highly-anticipated Showdown against Port Adelaide was later posted around 6pm with Walker omitted, and the club confirming he had not been considered for selection.

Asked about Walker’s wellbeing, van Berlo said “this whole situation’s not easy for anyone involved, it’s a really tough situation for everyone involved”.

He said he didn’t know when the matter would be resolved, allowing the club to address it directly, saying: “I don’t know enough at the moment – the first I heard [of it] was yesterday afternoon.”

North Adelaide CEO Greg Edwards told InDaily today the SANFL club was likewise “probably no further down the track to knowing much more about it than anyone else”.

He said the club was notified by the AFL on Tuesday that an investigation was underway, but that none of its players or officials had been interviewed and none had heard anything said.

“We simply didn’t know anything about it till Tuesday, that this was happening behind the scenes,” he said.

“We got contacted on Tuesday [by the AFL] that there was some form of investigation going on from our game against the Crows a couple of weeks ago [but] we didn’t know what it was… we did know who it involved but we didn’t know what was said or what might have been said.”

He said the club had been informed of an allegation that “something was said about one of our players”.

“I guess it’s confidential… until the investigation’s finished,” Edwards said.

“I was surprised because we’d heard nothing about it of course… we actually rang Robbie ourselves and let him know that this investigation was happening, and he was surprised too.

“No-one heard anything said, so on our end we were none the wiser… we don’t know if there’s any truth behind it.”

Edwards said Young was “processing it”.

“He’ll probably process it a bit more once the investigation’s finished,” he said.

“If there was something said that vilified him, he’d obviously be disappointed and frustrated, but like the rest of us, we don’t know… we’ll let the investigation be concluded and form a view then.”

He said the original complaint had not been made by anyone connected with North Adelaide.

“We were in our huddle and they were in their huddle… it wasn’t anything said in quarter time huddle of North Adelaide,” he said.

The SANFL has declined to comment, while the AFL is maintaining its position from yesterday, with a statement declaring it “strongly condemns racial vilification in the football community and in the wider community and notes that if there is any complaint under the Peek Rule it is subject to strict confidentiality throughout the process and no public comment can be provided until a process is completed”. 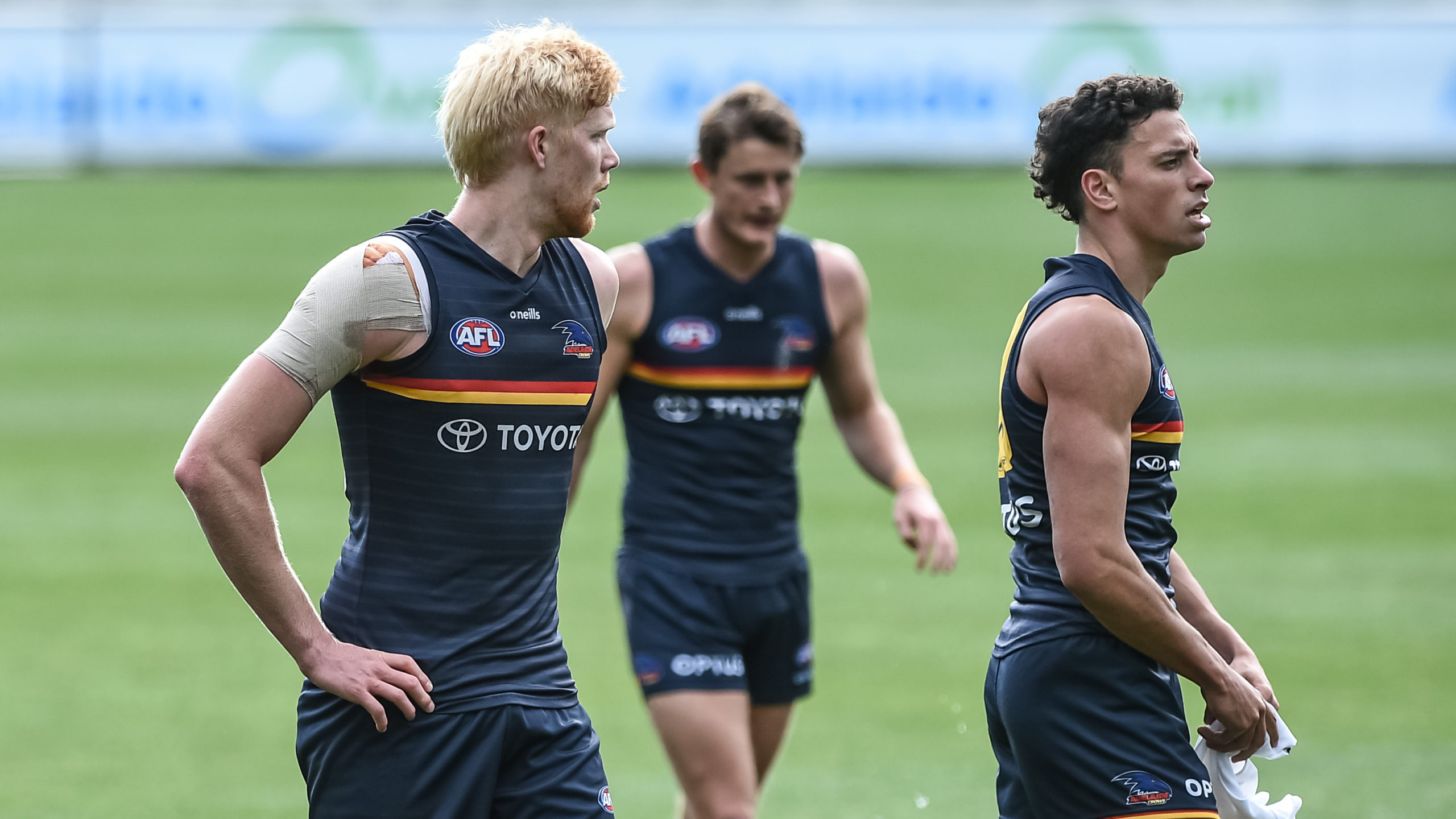 The Peek Rule was first introduced in 1995 in the aftermath of Essendon player Michael Long experiencing racial abuse during the drawn Anzac Day game.

On Long’s recommendation, it was amended this year to be known as the Peek Rule, “to recognise and honour the work of long-term AFL administrator Tony Peek who worked closely with the League’s indigenous players to understand the impact of vilification in the code and develop a rule to combat vilification”.

It reads that “no person subject to the Rules and Regulations shall act towards or speak to any other person in a manner, or engage in any other conduct which threatens, disparages, vilifies or insults another person on any basis, including but not limited to, a person’s race, religion, colour, descent or national or ethnic origin, disability, sexual orientation, gender identity”.