Chief public health officer Professor Nicola Spurrier revealed a short time ago that a man in his 20s, linked to a previous case from the Tenafeate Creek winery exposure site, had tested positive yesterday on his day 13 swab in home quarantine.

Because he had been in quarantine, Spurrier said there was little risk to the community and there were no new known exposure sites, but his family has now been moved to a medi-hotel and ordered to restart their 14-day quarantine period.

SA also recorded two other new COVID cases in recently-returned travellers from overseas – a man in his 30s and a man in his 60s – who have been in a medi-hotel since their arrival.

It comes as an Adelaide man stuck in quarantine in Brisbane was granted an exemption to fly to SA to see his dying mother, after making his plight public.

Daniel Cioffi was originally refused a compassionate exemption to enter SA after flying from Spain to Brisbane, but authorities revealed today he had now been given permission.

It also comes as the Opposition says latest Federal Government figures show SA has the worst rate in the nation of fully vaccinated people aged 50 and over.

Spurrier said the new local case didn’t have any symptoms but was already in home quarantine because he was linked to a family member who tested positive on July 20, highlighting “a long incubation period”.

“This is really a good demonstration of how this virus can be quite different in different people,” Spurrier said.

“This person didn’t have any symptoms. It was a late pickup on those tests.”

Spurrier said he was stable and still didn’t have any symptoms.

The Modbury cluster – which sparked a week-long statewide lockdown – now sits at 22 cases.

Spurrier said a man and woman in their 80s remain in hospital in a stable condition, while a man in his 70s was admitted to the Intensive Care Unit of the Royal Adelaide overnight.

“He’s not ventilated, he’s stable, but is in quite a serious condition and of course all of our thoughts are with that person’s family at the moment because it’s quite a scary situation,” she said.

Authorities today thanked the healthcare workers – including two ambulance officers – who were pivotal in detecting the first case in the Modbury cluster – an 81-year-old man who had arrived in SA on July 8.

His infection – confirmed as the highly transmissible Delta variant – is linked to the New South Wales outbreak.

It’s believed he contracted the virus in NSW where he was doing his quarantine after returning from overseas.

“If we didn’t pick this up that quickly we would have had huge numbers of additional exposures,” Spurrier said.

“I don’t want to think about it really. It wouldn’t have just been a seven-day lockdown.”

He said the cases were “concerning” because they were spread out.

He warned that authorities would not hesitate to put in place a hard border with little warning if necessary and urged any South Australians in the state to make plans to return home as soon as possible.

“This is an evolving situation, it can move very quickly and sometimes we do have to put border arrangements in place very quickly,” he said.

“So if there is a chance for you to come back I think now would be a very good opportunity to think about coming back.”

Marshall and Spurrier rejected suggestions SA Health had made a mistake in originally refusing Daniel Cioffi a compassionate exemption to leave quarantine and enter SA to visit his mother who is in hospital with terminal brain cancer.

Spurrier declined to apologise for the earlier decision but said she felt “deeply” for the family dealing with a “devastating diagnosis”.

“I am pleased that he is now able to come to South Australia and there is a way of doing that,” she said.

“I am pleased we will be able to support that visit if indeed that is necessary.

“If we have somebody in quarantine you cannot just simply let them come into a hospital setting… it’s not a minor undertaking.

“We do that to protect the health and safety of the whole South Australian community.”

She said the change in mind in granting Daniel Cioffi an exemption had occurred after consultation with his mother’s doctors.

Marshall said “as heartbreaking as this case has been, I don’t think there’s been an error in the way SA Health has handled this matter”.

“This is just one of dozens and dozens of cases they would be dealing with on a daily basis,” he said.

Authorities said the worsening outbreaks interstate – especially in New South Wales – highlighted the need for people to get tested if they had any symptoms and get vaccinated if they’re eligible.

Opposition health spokesman Chris Picton said according to Federal Government data only a quarter of South Australians aged 50 and over were fully vaccinated, compared to more than 32 per cent in Tasmania and the Australian Capital Territory.

Picton said SA’s northern, north-eastern and western suburbs had some of the lowest vaccination rates in the country.

“It’s so concerning that South Australia is now sitting on the bottom of the ladder amongst all the states and territories for people over the age of 50,” Picton said.

“We know that people over the age of 50 are more susceptible to the severe impacts of getting COVID-19, we know they’re a high priority group, yet we have the worst vaccine rollout for people aged over 50 in the whole country.

“This highlights that we need to take urgent action to improve the rollout here in South Australia.”

He said based on overall vaccinations per capita, SA was “only overtaken by Victoria”.

“We’d love to get more vaccines into people’s arms as supplies become available,” he said.

The ambulance officers who transported SA’s original case to Modbury Hospital have now completed their quarantine and today revealed the steps they took to limit any exposure when they realised it could be COVID. 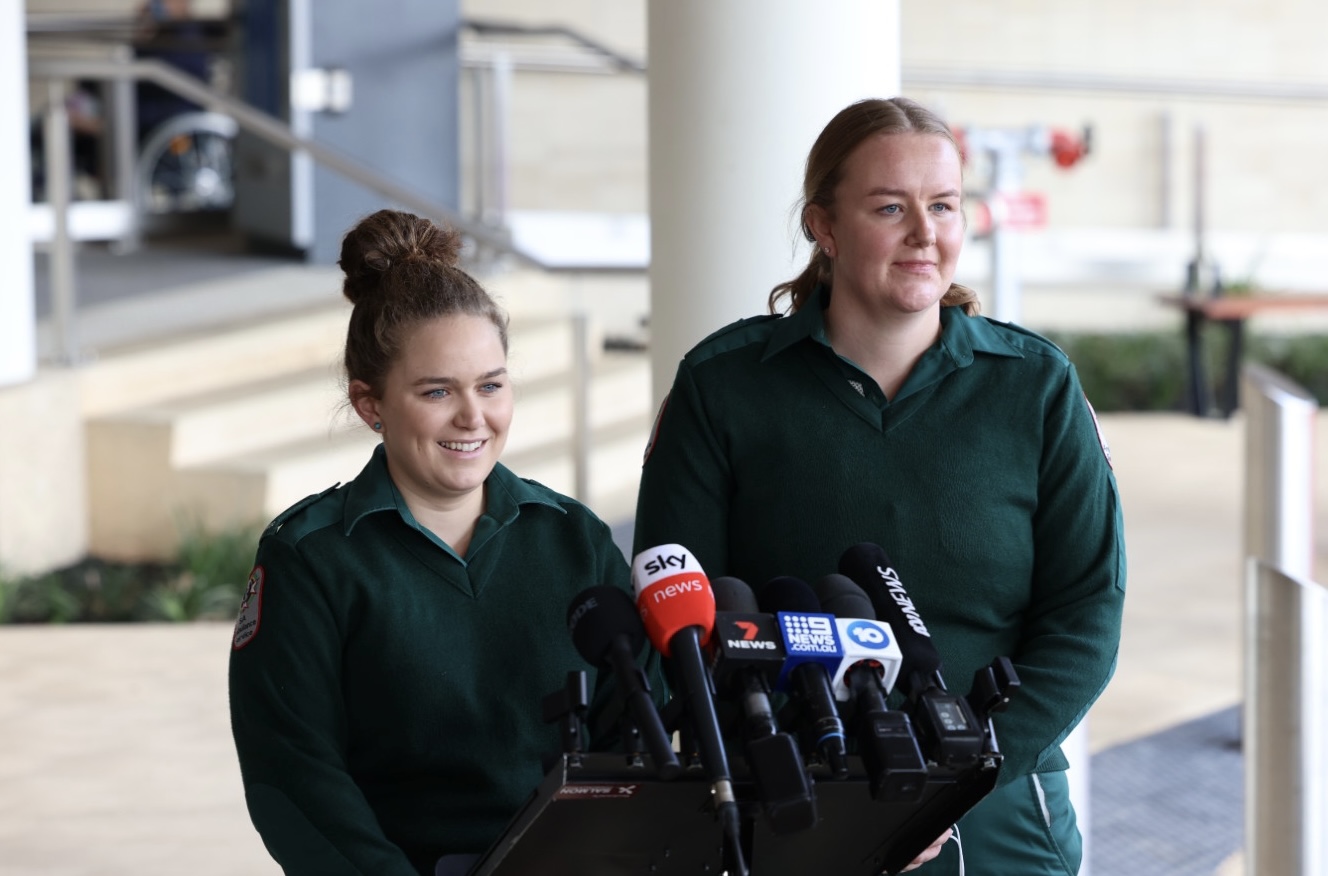 Hayley Mannix and Perri Kennett said the man had only two symptoms – a cough and a fever – and was “reasonably well” but they took all precautions knowing he had come from New South Wales after being overseas.

“We are both fully vaccinated.

“We wore our masks, gowns, gloves and did the rest of our protocols.

“We notified through on the radio to the hospital staff and they made the decision he would go through to the negative pressure room.

“The patient went straight through. Had no contact with any other patients here.”

Kennett said the man was “quite well… all things considered” but “just not himself”.

She said while COVID wasn’t an obvious diagnosis, they realised it was a possibility and so took all necessary safety precautions.