She said SA Health was working through hundreds more, with priority to be given to those with compelling personal reasons, such as “end of life” family situations.

“We’ve expanded the team considerably to try to work through this,” she said.

At the same time, Police Commissioner Grant Stevens said authorities were looking at how to strengthen the border with NSW to prevent any unwanted arrivals.

“It’s something that will have to become the new normal in South Australia,” he said.

Marshall said SA Health was now working through the large “backlog” of applications for South Australians wanting to return from NSW but said “we’ve got to take a pretty strong stance on this one”.

He acknowledged there would be some “heartbreaking” stories and said “not everyone is going to get a yes”.

“There will certainly be some very strong restrictions on any that are granted,” he said.

“We don’t want to be going back into a lockdown situation. This last week has been extraordinarily tough.”

South Australia’s week-long lockdown ended this morning at one minute past midnight, replaced by a series of new restrictions, including compulsory mask-wearing.

For at least the next week, masks are “mandatory” in:

They are also “required” for students in Year 8 and above and for teachers in both primary and secondary schools but not while giving lessons.

Masks are “strongly recommended” in indoor workplaces, and TAFE and university campuses. 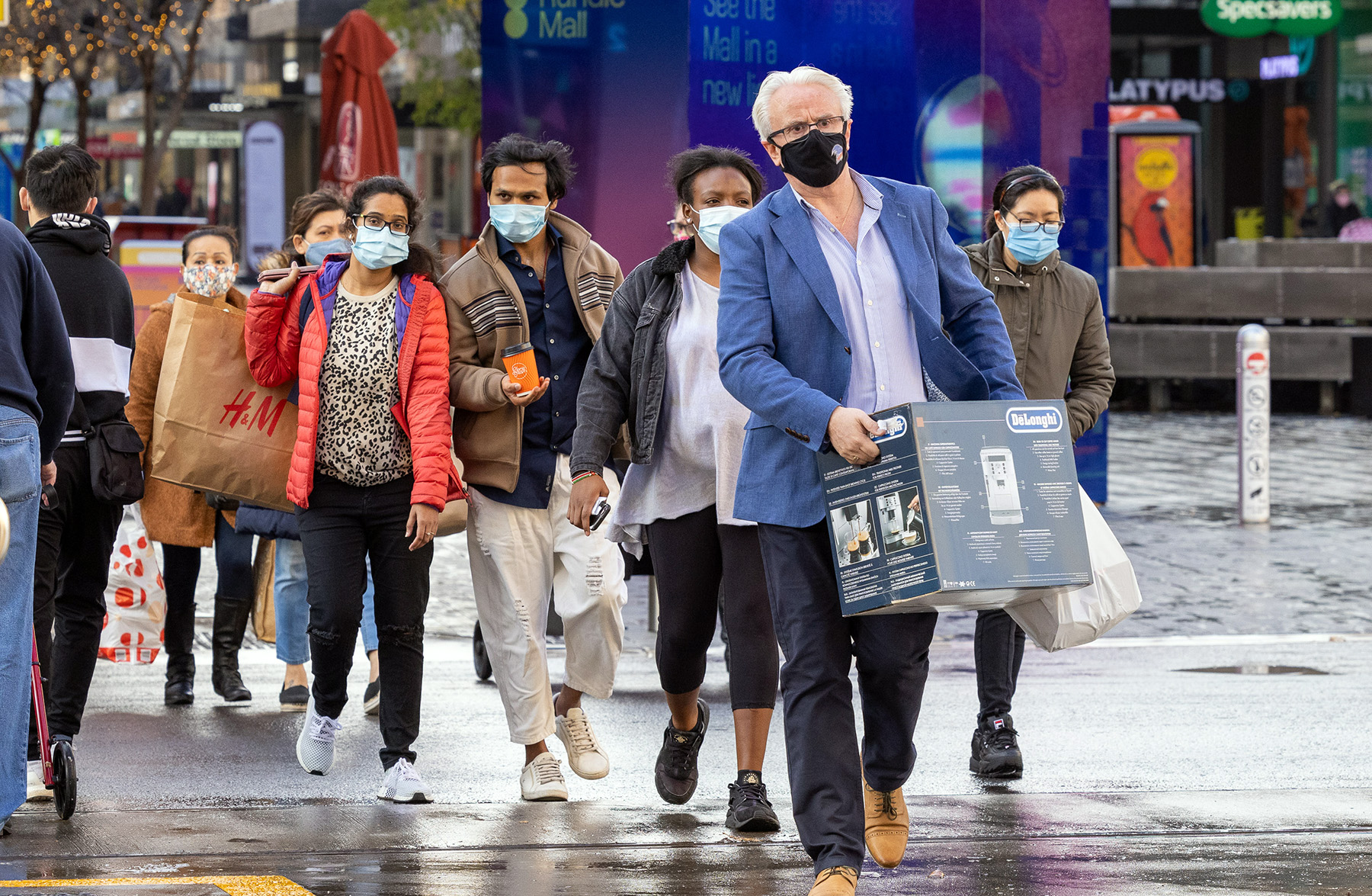 While most South Australians have been allowed to emerge from lockdown today, about 5000 people who visited exposure sites remain in quarantine and are reminded they need to complete the full 14 days and get the required tests.

The new restrictions, to be in place for at least the next week, include a return to a one person per four-square-metre density cap at public venues.

Hospitality venues have been allowed to reopen, but can only serve food and drinks to seated customers both indoors and outdoors.

Schools have reopened, while “non-essential” businesses, such as hairdressers, retail shops and entertainment venues, are allowed to trade provided they comply with the one person per four-square-metre density cap.

Household and private gatherings are capped at 10 people including members of the household, but up to 50 people are allowed to attend weddings and funerals.

Gyms have also been allowed to reopen, but they are limited to a one person per eight-square-metres density cap.

Training is allowed at sporting clubs but games can’t resume until next week.

Church services can resume but density restrictions need to be adhered to and singing isn’t allowed.

With no new cases again today, there are still 19 cases linked to South Australia’s cluster, with two people in their 80s still in hospital in a stable condition.

“The very, very good news for our state is there were no new cases overnight,” Marshall said.

He did however say there might be more cases in the coming days but hoped they would be limited to people in directed quarantine, not in the community.

“It is quite possible that in the coming days we will see new infections in SA.

“But what I’m hoping for is that those infections will be of people in quarantine… not people out and about in the community.”

Marshall also urged all South Australians to get tested if they have any symptoms at all.

He said 16,057 tests were processed yesterday – more than on Monday.

“What this says to me is the people of SA do not want to go into an extended lockdown in this state,” he said.

“They are going to be doing everything they can to make sure we come out of this and start to reduce the restrictions we have in South Australia.”

He also urged people not to “take on the job” of police by questioning people not wearing masks, because they might have an exemption.

“We are asking for some kindness and compassion at the moment,” he said.

Marshall said as of this morning, 3100 SA businesses had received cash grants from the State Government’s COVID assistance fund.

Hundreds more have registered an interest in getting the payment.

He said he was in talks with the Prime Minister about whether there was an opportunity to provide further relief to businesses affected by the lockdown and ongoing restrictions.

Spurrier said there were still about 80 exposure sites associated with the cluster and said it was vital that those in quarantine completed their full 14 days.

She told South Australians to ignore a hoax SMS going around and said any legitimate SMS from SA Health would direct people to the SA Health website with instructions.

Spurrier said there was now “very good evidence” that mask-wearing helped prevent the spread but only if compliance was high.

“Until we have very good vaccination rates and probably after that, it’s a good idea to get used to wearing masks,” she said.

Spurrier said the decision to make masks a requirement in secondary schools was based on a number of reasons including from experience interstate and also the fact that schools in SA were caught up in the latest cluster.

SA Police Commissioner and state emergency coordinator Grant Stevens said his team was currently looking at “whether there’s any opportunity” to strengthen the border with New South Wales.

Police were also assessing whether any further border restrictions were needed with Victoria now that that state has come out of lockdown.

He said the state’s transition committee would meet again tomorrow to consider how SA will progress with restrictions after this seven-day period.