While an opportunity exists to boost supply and regain sovereign capability, a lack of action will likely cost jobs in the midst of a boom it seems no one saw coming.

InDaily this week examines the issue in detail to highlight the pressure points and the potential solutions to the timber crisis.

The state’s timber mills are at capacity and imports from Europe are being diverted to the United States to fuel America’s own housing boom, driving up prices and increasing waiting times that have delayed many building projects.

Interstate timber is also becoming difficult to source as sawmills there look to supply customers at home ahead of those in other states.

The issues can be traced back to before the COVID-19 pandemic all the way to the state’s forests, which were among the first plantation forests in the Southern Hemisphere.

South Australia’s forestry industry dates back to 1875 when the first trees were planted at Bundaleer in the state’s Mid North, followed by Wirrabara and Mount Gambier.

They are believed to be among the earliest timber plantations in the Southern Hemisphere.

The state’s plantation estate is about 170,000 hectares, representing about 12 per cent of softwood (Pinus radiata) and five per cent of hardwood (mainly Eucalyptus globulus) plantations in Australia.

South Australian Forest Products Association CEO Nathan Paine said the forestry industry had lost about 30,000 hectares to agriculture in the South East in recent years primarily because of water policies put in place by the previous state Labor government.

“This loss of estate is just in the South East and doesn’t take into account the losses from the Cudlee Creek fire or the Bundaleer fire in the Mid North a couple of years ago and Kangaroo Island last year.

“These are quite significant tracts of land and we need governments to support the industry to get more trees into the ground.”

There has been some government support in terms of funding for the sawmill industry to increase production and reduce freight costs.

But Paine said long-term government policy was also needed to ensure more trees could be planted.

“Otherwise, we really do run the risk that we are not going to be able to build the houses to put rooves over the heads of our children and our children’s children,” he said.

“It takes 28 years to grow a Pinus radiata tree to the point where we can harvest it and turn it into structural timber.

“That tree is going to see seven state elections and nine federal elections from when it is put in the ground to the point it is harvested.”

The devastating bushfires on Kangaroo Island in December 2019 and January 2020 burnt 210,000ha – almost half of the island – and impacted about 95 per cent of listed company Kangaroo Island Plantation Timber’s crop.

The company is desperately trying to ship 4.5 million tonnes of fire-affected timber off the island before it rots, potentially providing a solution to the state’s structural timber shortage.

However, a lack of capacity in SA sawmills and difficulties shipping the logs off the island have so far hampered efforts.

Interstate, the Victorian Government announced in 2019 that logging of native forests in the state would be phased out from 2024 to 2030. It also imposed an immediate ban on logging in old-growth forests, both of which are expected to put a strain on local supply.

A number of these forests, along with thousands of hectares in New South Wales were also impacted by major bushfires in the 2020-21 summer.

Timber supplies from Western Australia and Queensland that previously were sold to SA builders have also dried up as those sawmills prioritise building companies in their local markets.

There are two sawmills in South Australia that supply structural timber, both in the South East, One Forty One’s Jubilee Sawmill in Mount Gambier and Timberlink’s Tarpeena Mill.

Paine said the two SA mills processed about 30 per cent of Australia’s structural timber and both were at capacity.

“The reality is we’re facing quite a significant demand spike. Historically Adelaide builds about 8000 homes a year and we’re looking at well over twice that in terms of demand.

“At the same time, we’ve actually lost access to imported timber – the construction sector would normally import about 20 per cent of its timber requirements and all of that is now going to the United States because of massive price hikes.

“The challenge is can we get other processors to invest and upgrade their facilities to provide structural timber to meet a short-term demand spike?”

Paine said longer term there was an opportunity for Australia and South Australia to return to sovereign capability in the forestry industry.

“In Australia we produce three to four times the amount of food that we actually need but that’s pretty soon going to be coming at the expense of actually being able to also put rooves over people’s heads,” he said.

“On the whole, we are not producing enough and that’s why we have imports in the market.

“We do export lower grade pulp log that we don’t have a domestic use for.

“Many years ago we had a pulp mill that would take that secondary log. We don’t have that now but there are many other opportunities to look at how we can look at using that onshore.”

He said overall, the state’s timber industry had been a great success story.

“Some of the earliest plantings were done here because of the unique situation where the state did not have the natural advantage of having substantial native forests to use for timber,” he said. 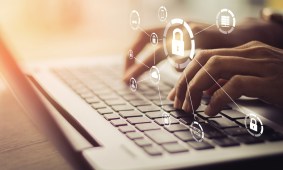 “I think the whole fire and COVID scenario has raised an awareness in people’s minds about the importance of timber to the community as a strategic product for building as well as general manufacturing and bi-products down to toilet paper.

“What we’ve seen in recent times is a new awareness of the sector to the wellbeing of the country and I really welcome that new recognition.”

Tomorrow, InDaily explores the direct impact the timber shortage is having on the building industry.