Illuminate – a new program of free and ticketed experiences encompassing art, music, light and technology – already had to postpone its opening week outdoor events last Thursday and Friday due to the extreme weather predictions.

In a statement issued early this afternoon, co-founders and creative directors Lee Cumberlidge and Rachael Azzopardi said that in light of today’s lockdown directive, all Illuminate Adelaide events have been cancelled for seven days from 6pm tonight.  A decision about festival events scheduled after the lockdown is due to be lifted “will be made in accordance with health directives issued at that time”.

“We had a wonderful opening weekend of Illuminate Adelaide and were overwhelmed by the fantastic response and attendance at our events,” Cumberlidge and Azzopardi said.

“While we are disappointed, the safety of all South Australians is paramount. We remain optimistic that we can shine the lights on Adelaide again.”

As well as the Light Cycles experience in the Adelaide Botanic Garden and the free City Lights trail encompassing installations and projections across the CBD, other affected Illuminate events this week include the Light Creatures experience at Adelaide Zoo, the Van Gogh Alive multi-sensory digital exhibition, a live performance by the Australian String Quartet with William Barton, and another live show featuring pianist Paul Grabowsky with photographer Alex Frayne. 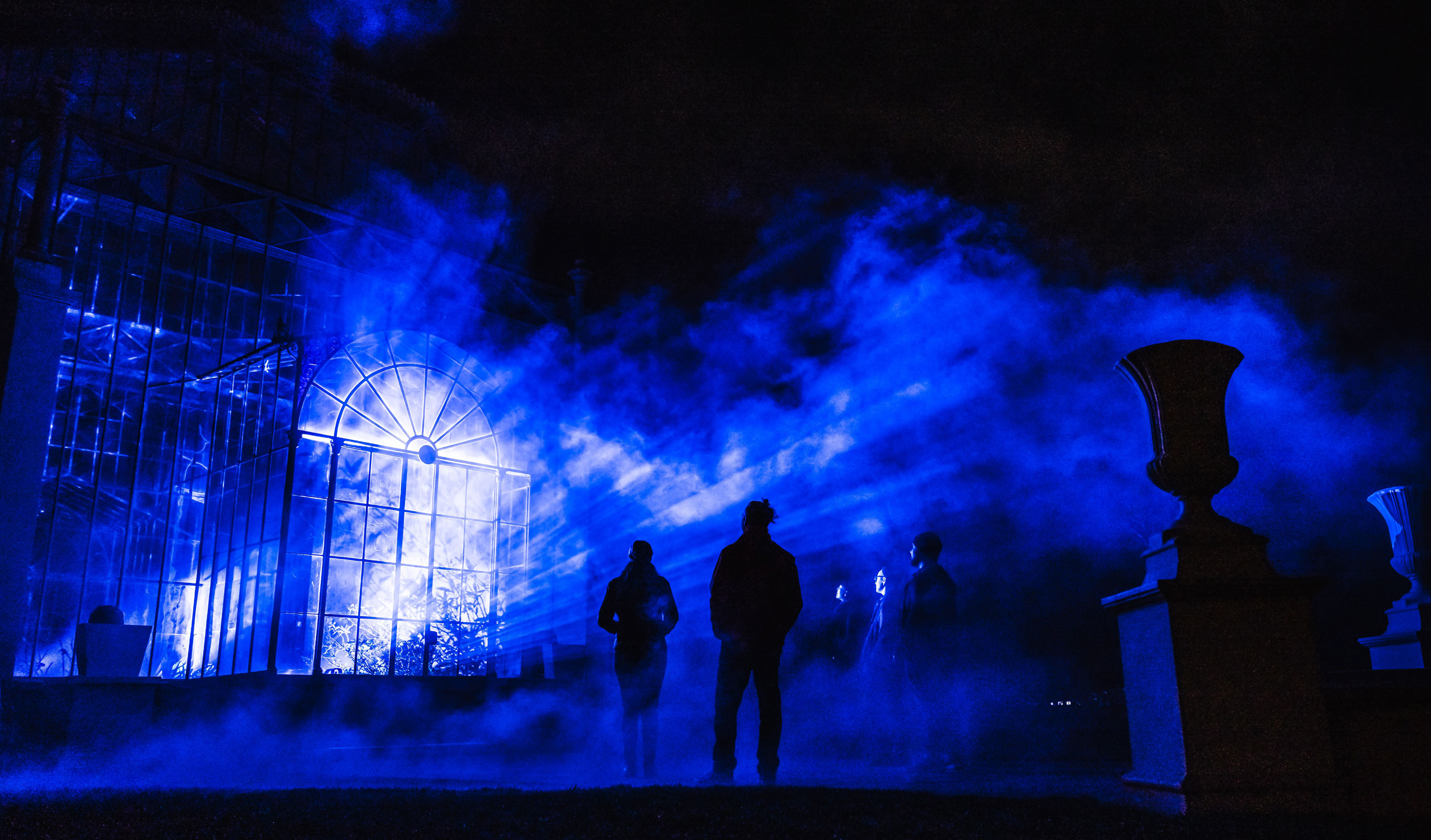 Popular annual event Beer & BBQ Festival was to have taken place this weekend at the Adelaide Showgrounds, with a line-up of live musicians alongside craft brewers, distillers, winemakers and food stalls. It had already been forced to change its program due to interstate border closures, and has announced the event will now be postponed until September 24-26.

“The entire Beer & BBQ team have been working for the past five months to put as many contingencies as possible in place to ensure that we could still bring you our beloved festival that we all know and love this July,” said Beer and BBQ festival director Gareth Lewis.

“But the lockdown announced today leaves us with no choice other than to postpone this weekend’s event.”

Lewis added: “In light of the statewide lockdown and the implications that these have put on small businesses across the state, we will be heavily lobbying the government, both state and federal, to provide immediate financial support for events, venues and their staff and contractors who have been forced to cancel, close or postpone with little warning and no safety net.”

This weekend’s Winter Reds wine festival in the Adelaide Hills – which was to have encompassed around 78 events across the region – has been cancelled, with organisers saying they hope to be able to reschedule for a later date. “Like all those affected by the restrictions, we are very disappointed,” they said in a social media post late yesterday. “Our thoughts are with our members who have invested so much into putting on a great schedule of events, as well as all those who were looking forward to joining us for the festival this weekend.”

Music SA’s three-week Umbrella Festival opened on Friday, with a total of around 170 live music events scheduled to take place across the state.

It’s heartbreaking for everyone involved

Umbrella organisers said 80 music performances across 40 venues would now be cancelled over the seven-day lockdown period, with hopes they could be rescheduled.

“We were so thrilled for Umbrella to return after the devastating impacts on the Australian live music industry in 2020,” said Music SA general manager Kim Roberts in announcing that the festival would be paused. “This news is really difficult for us to be faced with only five days into our 2021 festival, but obviously, everyone’s safety is paramount.

“The Music SA team have been working hard on delivering Umbrella over the past 18 months, putting as many contingencies in place as possible to adhere to social distancing requirements. But the cancellation of over 80 live music performances over the next week is something that we hoped not to be faced with. It’s heartbreaking for everyone involved.”

Adelaide Festival Centre’s Guitar Festival, which has already had to change its line-up and postpone a number of shows due to interstate border closures, was in its final week, with performances affected by the lockdown including Brink Productions’ acclaimed new work The Bridge of San Luis Rey, featuring Paul Capsis and guitarists Manus Noble and Slava Grigoryan.

“We’re disappointed we’re not able to continue with the season of The Bridge of San Luis Rey but the health and safety of our audiences and employees is paramount,” said Brink’s artistic director, Chris Drummond.

“We’ve had a great season so far with an incredible cast, crew and creative team. Thankfully we were able to bring this work to Adelaide audiences for 10 performances; we now just feel for everyone in the arts industry who has been impacted by our current situation, especially the Adelaide Guitar Festival team who we’ve been working closely with.”

“All Adelaide Festival Centre venues will be closed until it is safe to reopen and welcome audiences,” it added in a statement.

Also impacted is the Adelaide Film Festival’s inaugural youth program, which was set to launch this Sunday with 60 films from around the world screening at Palace Nova Eastend cinemas over six days, plus a careers expo and industry sessions.

In a statement issued after the introduction of Level 4 restrictions, the Film Festival said the team at AFF Youth was monitoring advice from SA Health and the situation for all its scheduled events. It added that it was “investigating all of our options, including online presentations”.

State Theatre SA said this afternoon that it had made the difficult decision to cancel performances of The 7 Stages of Grieving at the Festival Centre’s Space Theatre from next Wednesday to Saturday.

Executive director Julian Hobba said a further announcement on the future of the season, scheduled until August 7, would be made in response to further SA Government updates over the next week.