The company says it is also experiencing an uplift in work from Australian companies looking to source components locally after being caught out by overseas supply issues during the pandemic.

Key Tubing & Electrical is a leading supplier of specialised copper tubing and cable and has more than doubled its production of heater cable for respirators used in hospitals around the world to treat patients battling COVID-19.

KTE supplies a multinational healthcare giant that uses the specialised heater cable to line its respirator tubes and warm the humidified air to prevent condensation.

Before the pandemic, it produced about 2.5 million metres of the thin encased cable per month. A massive demand spike has bumped production up to six million metres a month in the past year.

The respirator cable previously represented about 30-35 per cent of the business but now accounts for about 60-65 per cent of revenue and has resulted in a 10 per cent increase in the workforce and thousands of hours of overtime for its 62 staff.

KTE Commercial Director Henri Hugo said the ramp-up in production would not have been possible if not for the company’s in-house engineering expertise, which allowed it to build 30 new machines to manufacture more cable. 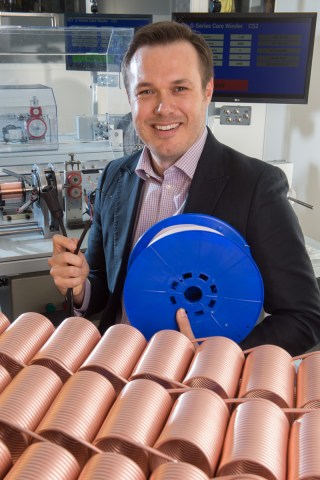 He said the company initially had 30 machines from Germany but needed to double the number to cater for the demand spike.

“We would have bought the extra machines but we couldn’t get them so we had no choice but to make them ourselves, which we hadn’t done before so it was a real sink or swim moment,” Hugo said.

“And we didn’t just have to make one, we had to make 30 so it was all hands on deck.

“Day zero was a year ago and we’re still building them.”

Each respirator tube contains three to six metres of copper heater cable and the tube needs to be changed every seven days and for every patient.

Hugo said while the orders had eased a little in recent months the huge number of respirators out there now would continue to be used for other treatments.

“We’re finding it’s dropping back a little but there are so many machines out there now that we expect the demand will flow on and coronavirus will be around for a fair while I think, especially in places like Asia,” he said.

The increased momentum now has the company looking to evolve into more complex offerings.

Hugo said the respirator boon has enabled the company to invest and evolve towards the production of more hi-tech products.

“We’re doing products at the moment that are pretty simple but we want to move into smarter component products such as sensors, electronics and highly specialised cables,” he said.

“We’ve got robotics engineers working for us now and that’s the sort of area we’re getting into, we’re not just wiring, we want to design and develop lots of different types of things.”

KTE started manufacturing copper tubing for the refrigeration industry more than 70 years ago but was forced to diversify when local producers such as Kelvinator and Westinghouse shifted production overseas.

The respirator heater cable is the same cable the company previously supplied to warm the air in the butter conditioner compartment of household refrigerators.

It is also being used in small heat mats to keep rescued native animals warm.

The company now makes niche components for a range of industries including caravan and camping, food and beverage, air conditioning, electrical, healthcare and mining.

KTE was purchased by the current owners Gary Hugo and Ken Tregloan as part of the State Bank collapse in the early 1990s when spiralling interest rates crippled the debt-laden company.

Henri, Gary Hugo’s son, bought into the business in 2012.

He said KTE’s ability to engineer solutions and build its own machines to manufacture bespoke components on a relatively small scale was increasingly appealing to Australian companies.

“We are a niche manufacturer and we are filling in niches that can’t be done on a huge scale,” he said.

“People will ring around trying to get something made and a lot of component manufacturers would say no but our answer is always ‘we’ll try’.

“By then building the machine to make a specific component you have them as a customer for as long as they need that component and there are lots of examples of that.”

Hugo, who was last year awarded a $4000 Industry Leaders Fund grant towards completing a Company Directors Course, said a number of local manufacturers had experienced ongoing supply chain problems since the beginning of the coronavirus pandemic, which had led to them looking to source more products locally. 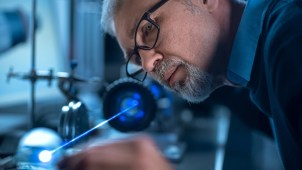 How to get the best bang for your R&D buck

“We are a very proud manufacturer and we don’t like sending things to China, we like to work out a way we can keep them here and keep the customer happy with the price,” he said.

“Everybody has gone sour on China, they just got burned and it’s a case of once bitten twice shy and all of a sudden there is a risk premium on importing.

“We used to have to get within 10-15 per cent of China in terms of cost but now it’s more like 15-25 per cent because there’s that risk premium and they don’t know what’s going to happen – your container could get stuck in some port and that’s bad.

“We’ve heard some horror stories but it’s been good for people like us.”