In a submission to a state parliamentary inquiry, BHP wrote that the current penalties for breaching the SA Aboriginal Heritage Act “are not proportionate to the potential harm that could be suffered as a consequence of breaches of the legislation, are not substantial by modern legislative standards, and do not reflect community expectations in relation to the protection of cultural heritage”.

The company, which operates the Olympic Dam mine on and around Kokatha, Barngarla and Kuyani country in South Australia’s outback, wrote that it supports a “material increase in fines and penalties under the 1988 Act to reflect public concerns and act as a deterrent to unlawful damage, and to reflect the unique nature of some cultural heritage sites that are protected”.

It comes after BHP reported damage to a culturally significant site in Western Australia’s Pilbara region in January.

At the time, the company said it was unclear whether activity at its nearby South Flank mine site caused the damage.

Under the SA Aboriginal Heritage Act, body corporates risk a maximum $50,000 fine if they fail to comply with the conditions of their development or mining authorisation.

“That compares, for example, to the $10 million maximum penalty proposed in the draft WA Bill,” BHP’s submission states.

Changes to Western Australia’s legislation were proposed following global outcry over Rio Tinto’s destruction of the Juukan Gorge ancient rock shelters, which were culturally sacred sites for the Traditional Owners.

The South Australian Aboriginal Lands Parliamentary Standing Committee is now conducting its own inquiry to determine whether heritage policies in this state need to change to prevent destruction of a similar nature.

Alongside a penalty increase, BHP has recommended that state parliament consider giving Traditional Owners and companies the right to appeal heritage agreement decisions.

Under the existing laws, if a company wants to develop a protected cultural site, it must first seek permission from the state’s Aboriginal Affairs Minister.

Currently, there is no express right to appeal the Minister’s decision, meaning Traditional Owners or companies are required to take the matter to court if they object the outcome.

In its submission, BHP wrote that the Aboriginal Heritage Act could be “enhanced” if it provided Traditional Owners and companies with access to merits review.

“The draft WA Bill provides for the review of certain Ministerial decisions by the State Administrative Tribunal,” the submission states.

“A similar right of review could be given to decisions by the (South Australian) Minister to grant or refuse to grant authorisations under the 1988 Act, or to refuse to approve local heritage agreements made with Traditional Owners.”

It comes after Freedom on Information documents revealed Premier and Aboriginal Affairs Minister Steven Marshall over-ruled advice from the Heritage Committee and his own department when he approved a proposal put forward by mineral exploration company Kelaray to drill up to 1230 holes at Lake Torrens.

It is not protected under native title law, but the site is listed as an Aboriginal heritage place, with the government warning that ancestral remains are likely to be buried around the lake’s perimeter and islands.

Marshall approved the drilling in January, despite his own department warning that it was “not possible to mitigate against the impacts the exploration program will have on the intangible Aboriginal heritage values at the site”.

According to the chairperson of the committee, Mark Koolmatrie, “it may be asserted” that the State Government is increasingly approving mining or development applications against the wishes of Traditional Owners.

In his submission to the parliamentary committee, he wrote that Traditional Owners were “heart-sick and weary of reading corporate announcements to the Australian Stock Exchange (ASX) from applicants prior to their authorisations being granted”.

“Arms of government away from the Aboriginal heritage protection area have been known to announce incentive grants to applicant companies for projects that await the grant of authorisation to proceed,” he wrote.

“There are best-practice land-use developers in South Australia and there are ones who are less so.

“The Heritage Act is not strong enough to compel a change in their behaviours.” 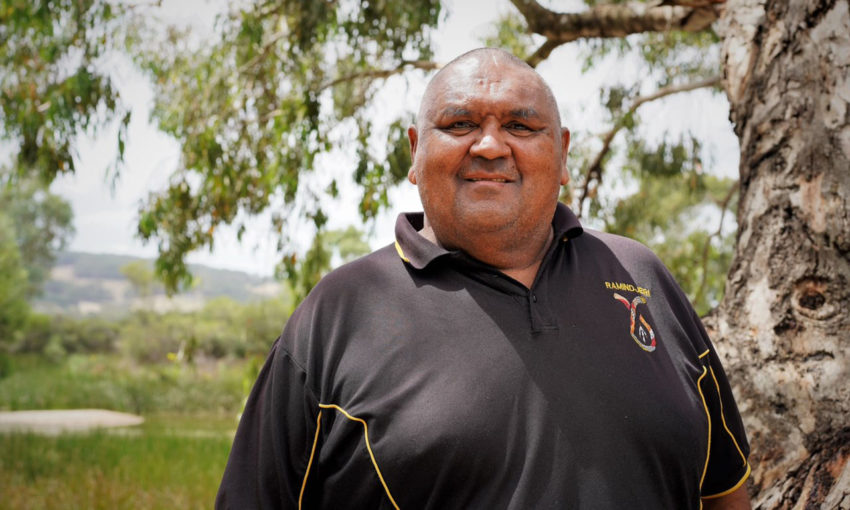 Koolmatrie, a Remindjeri elder, added that there was “no provision under any Act” in South Australia that gave Traditional Owners the right to veto activities that would impact their heritage.

“Should Traditional Owners object to a grant of authorisation under the Heritage Act, their only recourse is judicial review of that decision in the Supreme Court of South Australia to seek injunctive relief,” he wrote. 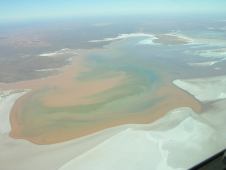 “Many Traditional Owner groups would not have the administrative or financial resources to countenance such an action.”

Koolmatrie wrote that it was of “particular importance” to the Heritage Committee that that the state’s salt lakes receive better protection.

So far, just under 40 companies, organisations and individuals have provided submissions to the Aboriginal Parliamentary Land Standing Committee’s heritage inquiry.

A state government spokesperson previously told InDaily that Marshall “does not propose to give a running commentary on submissions to this inquiry”.

The spokesperson said when the committee has completed its inquiry, it will provide a report which the Government will consider.