In a development that could have major ramifications for the state’s corruption watchdog, which handled the investigation under the tenure of former Independent Commissioner Against Corruption Bruce Lander, former public service high-flyers John Hanlon and Georgina Vasilevski today walked from court with no case to answer.

It came after the testimony of former Infrastructure Minister Stephen Mullighan, who oversaw their agency, and who told the court he had signed off on an overseas work trip Hanlon had undertaken while at the helm of the Government’s Urban Renewal Authority.

Hanlon and Vasilevski, a former Renewal SA executive, were forced to take leave from their roles in September 2018, before being charged almost 18 months later with allegedly claiming travel expenses including airfares, accommodation and meals, for travel that was for private purposes.

In Vasilevski’s case, the charges related to claims totalling just over $1000.

Both were subsequently axed from the agency, with Hanlon’s contract not renewed in 2019 and Vasilevski’s executive role “terminated” last year.

But all charges were thrown out of court today, when prosecutor Peter Longson conceded to magistrate Simon Smart that his evidence “doesn’t go far” enough to prove that the travel was for personal – rather than work – purposes.

David Edwardson QC, for Hanlon, told the court that in light of Mullighan’s evidence – which affirmed that his client was entitled to travel interstate for work and had sought leave to travel to Europe on departmental business – there should be no case to answer.

Edwardson told the court that the prosecution’s case rested on there being “no Renewal SA activity engaged in” on two trips – one to Melbourne taken by both executives, and another to Germany taken by Hanlon – and that both were “entirely of a personal nature”.

Smart asked Longson: “Do you say the evidence has the capacity to demonstrate that?”

To which the prosecutor replied: “I have to concede the evidence doesn’t go that far.”

“The evidence doesn’t establish and on my reading cannot establish that no work was done,” he said.

Smart then declared: “Well, that’s the end to it… I’m not sure I need to hear any further submissions – the only proper course is to declare no case to answer in both cases.” 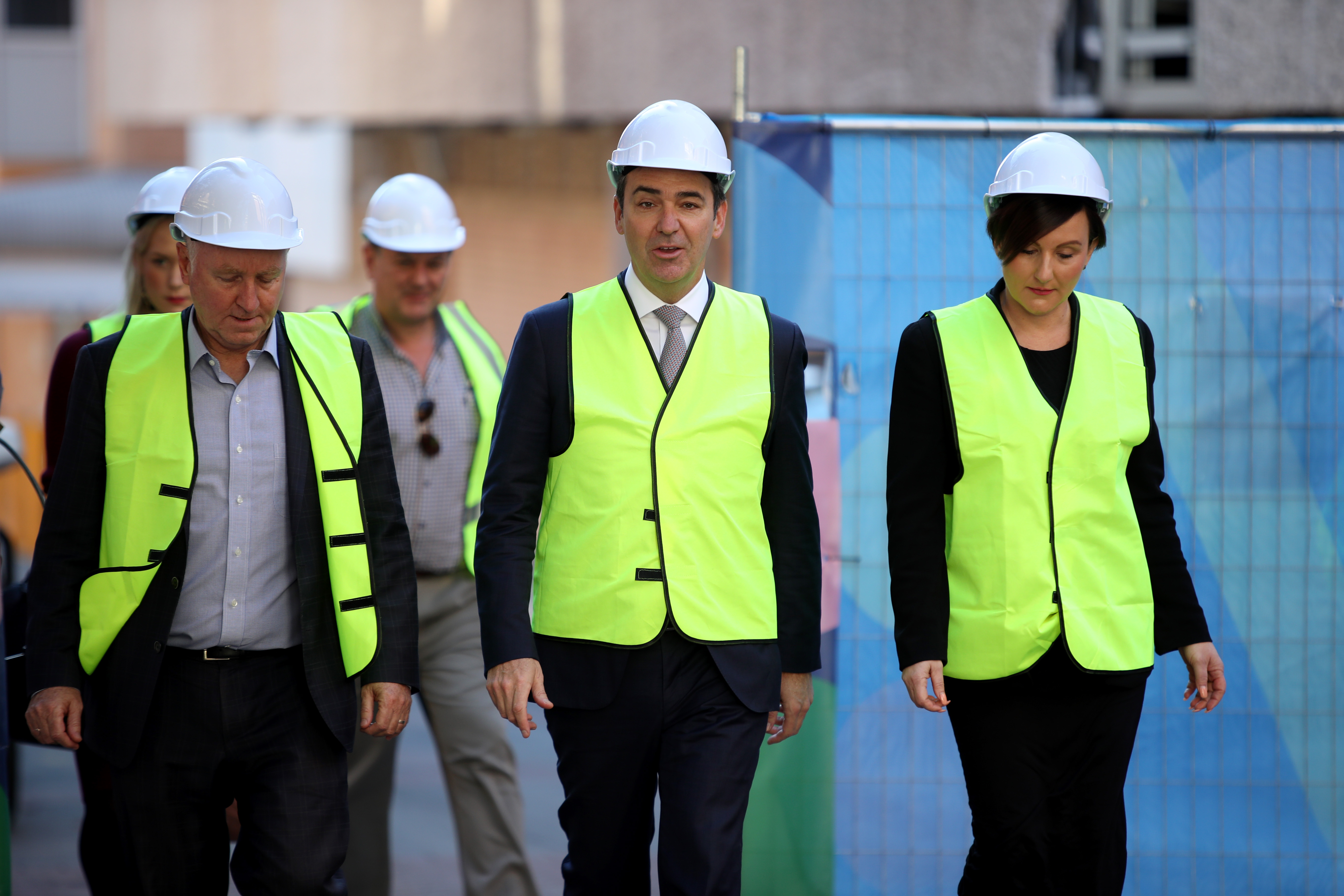 Attorney-General Vickie Chapman’s office said the issue was a matter for ICAC – which also declined to comment.

Outside court, Hanlon told media the case had always been a “nonsense”.

“I don’t even understand what’s happened, to be honest with you,” he said.

“It’s been three years [and] two very senior public servants have lost their careers and reputations over this.

“It’s just very emotional at the moment – our families have been through hell in relation to this… in the case of Georgina, it’s cost her her family home.

“This is pretty terrible stuff for us, but at the end of the day we do feel vindicated, and know we were two very hard-working public servants trying to do our best for the state…

“We’ve been through a lot, it’s had an impact on our health… seriously, someone’s got to think about this.”

Asked if he would consider taking legal action of his own, Hanlon said: “I’ve got to reserve everything from here on in.”

But he added: “I was under audio and visual surveillance for a number of weeks before my offices were raided, so anyone that’s had any conversations with me, if they need to be reminded about those conversations – we can help them.”

Hanlon thanked Mullighan “for being honest about what happened and our roles”.

“We were two very senior public servants that had long careers in front of us – these actions stopped me from being on boards, stopped me being chief executive, I’ve been put off work… but it’s just too emotional at the moment, I need to gather my thoughts,” he said when asked about a potential compensation bid.

Asked what happened on the trips, Hanlon replied: “We worked.”

“And any innuendo or anything that’s tried to be raised has been proven false,” he added.

“I feel vindicated, and I hope all those people who supported us feel it was worthwhile supporting us – and those who turned their backs on us, so be it.”