Recently released ABS detailed labour force statistics for April show that while the jobs market is approaching ‘full-employment’ levels in the eastern suburbs of Adelaide, the Adelaide Hills and the state’s South East, the jobless rate in Adelaide’s northern suburbs and the state’s far north and west remain stubbornly high.

South Australia’s unemployment rate has fallen steadily in recent months from 7.5 per cent in January to 5.8 per cent in April but the rate has remained above 7 per cent in two of the state’s seven labour force regions.

The unemployment rate among males is 11 per cent.

Senior consultant at SGS Economics & Planning  James Atkinson said while there had been a decline in unemployment in the two areas, it was still relatively high and likely included pockets where the jobless rate was 20 per cent or more.

“This also explains high unemployment in parts of outback South Australia– in places like Port Augusta and Whyalla and the more remote areas,  poor labour market performance is likely to be driven by structural factors.” 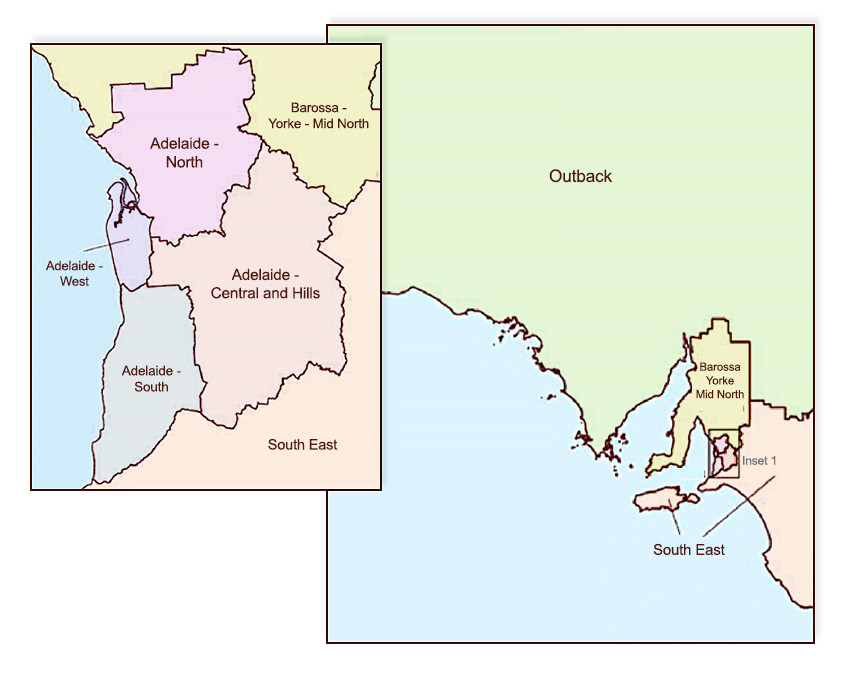 On the opposite side of SA, the South East labour force region takes in about a quarter of the state including the Fleurieu Peninsula, Kangaroo Island, Murray Bridge, the upper and lower South East and the Riverland.

This area has been the subject of labour shortages for several months as primary producers try to replace backpacker and transient labour sources that had traditionally provided fruit picking and farm labour before the closure of international borders in March 2020.

The first of 1200 workers from Pacific islands began arriving in the Riverland in April this year to help address the skill shortage that previously hit the state’s wine grape harvest in February and March.

Publicly-listed Costa Group also announced last month its mushroom production at its Monarto facility had been disrupted because of labour shortages.

The unemployment rate in the South East region in April 2021 was 4.2 per cent and 3.2 per cent among males.

However, the region’s workforce participation rate of just 56 per cent and employment to population ratio of 53.7 per cent are the lowest in the state and are contributing factors to the labour shortage.

Atkinson said the region’s ageing population headlined by retirement towns such as Victor Harbor and Goolwa, coupled with its appeal to people looking for a tree or sea change were also likely having an impact.

He said that full employment is generally thought to occur once the unemployment rate reaches about 4 per cent.

“Once we see regional unemployment rates at these levels, it’s generally a sign that just about everyone who wants a job can get one. This is great for workers, though not necessarily for businesses owners, who have to find the right workers from a very limited labour pool.

“In the South East we’re seeing very low unemployment rates, which reflects a shortage of labour across the region.

“This is a big issue for primary producers in particular, many of whom have lost access to their traditional sources of labour. These businesses are having great difficulties attracting the workers they need to get.”

The region also recorded an unemployment rate of 4.2 per cent in April but its participation rate and employment to population ratio was among the highest in the state.

Atkinson said Adelaide’s east generally had a higher concentration of skilled workers when compared to other regions.

He said the closure of borders had also drastically reduced the inflow of skilled migrants to the state, increasing demand for homegrown skilled workers.

“The work needing to be done tends to require relatively specialised skills, which means that in areas with relatively skilled and adaptable labour forces, like Central and Adelaide Hills, we’re seeing really low unemployment,” Atkinson said.

“Without the migration of people from overseas and interstate, employers are finding it hard to fill roles,” he said.

“Government spending is hitting so many sectors, which is driving a  lot of employment growth. Unfortunately, however, with the loss of South Australia’s traditional access to skilled labour from elsewhere, filling roles with appropriately skilled workers is becoming a challenge. Whilst the situation is great for local workers,  it presents a problem for employers, and ultimately presents a productivity challenge for the state.”