ICD Property managing director Matthew Khoo, whose Melbourne-based development company has partnered with the Adelaide City Council to redevelop the ageing arcade, told InDaily he has already had “good discussions” with prospective tenants to fill the seven floors of office space.

He said announcements would be made “in the coming months” about which tenants would move in to the space ahead of a scheduled March 2024 opening.

“The race is on for the office component – it’s really heating up,” he said.

“We’ve had discussions with different parts of government, education institutions, as well as several high-profile accounting and legal firms, all under confidentiality.”

ICD Property was announced as the developer behind the $400 million project in 2019.

The redevelopment will see the ageing Central Market Arcade demolished for new retail areas, office space and a 38-storey hotel and residential building.

Khoo said his company had already appointed a child care operator for the site and had a “huge waiting list” of people wanting to buy the approximate 210 residential apartments ahead of a sales launch in September.

“We’ve already had someone wanting to buy the penthouse,” he said.

“We haven’t even formed all the marketing material, or decided all the specifications of the project.

“We don’t want to be over-committing promises to residents until we’ve formed a view on that, so coming towards September we’ll be very clear as to what that is and we’ll be actually contracting purchases.”

A hotelier to operate the approximate 250 hotel rooms is yet to be appointed. 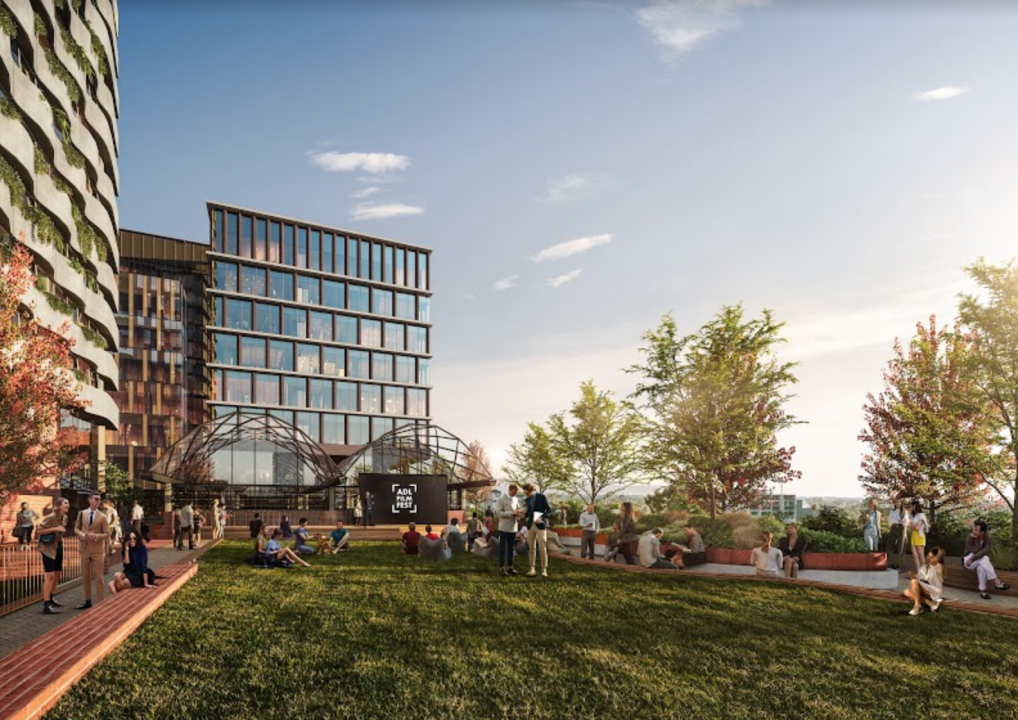 ICD Property and the council originally stated that construction would start this year, but InDaily reported last week that demolition had been pushed back to early 2022.

Khoo said the project was not delayed, but admitted that his company and the council were “probably a little bit ambitious in fronting a 2021 start date”.

He said the contracts signed between ICD Property and the council stated that construction could start in 2022.

“There was a date suggested by us and the council earlier, which was towards the end of 2021, but that was always our targeted date.

“In terms of what we’ve got contractually, the City of Adelaide’s always been (aware) of the 2022 start.

“We understand it’s a really important project, so we don’t want to rush things for the sake of rushing them.”

He said in the meantime, a sales and information centre would be built this week adjacent to Victoria Square’s north-western corner, where people could learn about the project.

The sales centre is expected to remain at the site while the redevelopment is underway.

“Anyone who is curious and wanting to know a bit more, whether it’s about the residential component or the development as a whole, there will be a place to do that,” Khoo said.

Central Market Authority chairman Theo Maras told InDaily last week that he was in the process of leasing the approximate 45 shops on the ground and first floors of the new building to food, beverage and homewares retailers. 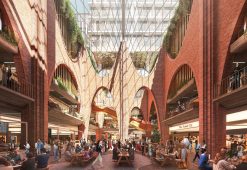 He said he was in talks with “national tenants” such as Melbourne-based Italian food producer and café Brunetti, South Australian seafood merchant Clean Seas and Adelaide Hills-based condiment producer Beerenberg.

He also said he was in talks to open up a “white table” restaurant serving Wagyu beef from Australian billionaire Gina Rinehart’s cattle stations.

Khoo said it was up to the council to announce when current traders would be asked to vacate the existing arcade.