The State Government committed $18.7 million in this year’s State Budget to upgrade the Goldsborough Road site to increase its capacity and improve safety for young people detained at the site.

Department of Human Services executive director of community and family services Ann-Marie Hayes told InDaily this week that the upgrade was “on track”, with construction due to start in early 2022.

Young people detained at the Goldsborough Road campus are expected to remain at the site while construction is underway. The Jonal Drive site will also remain open if needed.

Youth Training Centre Visitor Penny Wright, who is legislated to advocate on behalf of young people in detention, said she welcomed the government’s “modest” investment, saying the upgrade would “go some way to meeting some pressing needs”.

“There was definitely a need to expand the capacity of the centre to meet the challenges caused by the amalgamation of the two campuses in 2019, which resulted in more individuals on one site and the co-location of the younger males and females with the older males,” she said.

“Extra beds were crucial to support the needs of the different cohorts and to manage combinations of young people who can’t be accommodated together.

“The new police custody unit will offer an improved option for accommodating and supporting the needs of young people who have not yet faced court and may not have been in the centre before.”

In several reports to state parliament, Wright flagged the need to provide more recreation, health, education, and cultural spaces at the centre.

She has also called for better separation of older and younger female residents and a “step-down facility” for longer-term residents before they return to the community.

Wright said that her office had been invited to provide feedback on the proposed upgrade.

“I’m excited by the ideas they’re bringing to the table, which are based on the available evidence about what promotes health, wellbeing and ‘growth’ in human beings – like fresh air, connection to nature, colour, sound and light,” she said.

“I will be watching with great interest to see what is achievable within the budget for the build and I hope this will set a standard for other improvements to the centre in the future.”

Hayes said that Wright and her staff had been consulted at “all stages” and would continue to be involved in the design process.

Once the upgrade is complete and the Jonal Drive campus is shut down, the overall number of beds available to South Australian young people in detention will decrease from 96 to 80.

Figures provided to InDaily by the Department show the number of young people in detention on an average day has fallen by 37 per cent since 2015-16. 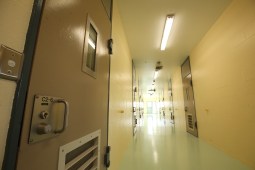 Latest data, from 2019-20, shows the average number of children in detention on an average day was 36.

The Department says the ratio of residents to beds allows for safe and appropriate management of the different cohorts of young people in detention.