The ALP’s dominant Labor Unity faction is backing a little-known Transport Workers Union organiser as a ‘working class’ voice to replace Nick Champion in the northern seat of Spence.

But the party expects a contested ballot for the preselection, with the daughter of a former federal Treasurer entering the fray – with the backing of former Premier Jay Weatherill.

But Flint yesterday lashed out at party colleagues after a Sunday Mail article quoted a male moderate-faction source as claiming she had “harangued” local members to back Blyth over Swift, which he argued had actually cost the conservative nominee votes.

“I was very disappointed with the article in the Sunday Mail today, where an unnamed senior male Liberal ‘source’ attacked me,” Flint wrote in a Facebook post.

“Unfortunately, I was not surprised.

“This is just the latest example of the treatment I have endured from the ‘left’ or the ‘wets’ in the Liberal Party, while holding a marginal seat that helped deliver us federal government.

“There is nothing ‘moderate’ about this sort of behaviour [and] it needs to stop.”

Flint said she was “incredibly proud” of what she had achieved in Boothby and argued all three nominees to succeed her had been “exceptionally good candidates”.

“I look forward to working with my local members to see Rachel Swift elected as the next Member for Boothby,” she wrote.

“On a personal note, aside from continuing to serve my local community, I will also continue my work behind the scenes to make our party and our parliament a better place for women.” 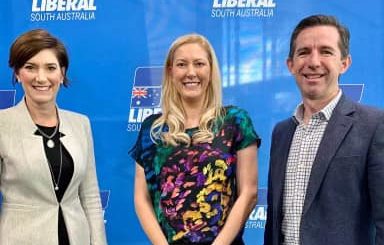 Labor is yet to open its own nominations for Boothby, but is close to finding a candidate for one of its most coveted electoral prizes, with Spence incumbent Nick Champion set to shift to state parliament at next year’s election – as InDaily revealed last year.

Matt Burnell, a senior branch official with the Right-aligned Transport Workers Union, confirmed to InDaily today that he intended to nominate, and it’s understood the state party’s most powerful faction will endorse him.

“At the moment I’m going through the process of seeking out support from the party, and if I’ve got that support, then when preselection opens I’ll be putting a nomination forward,” he told InDaily. 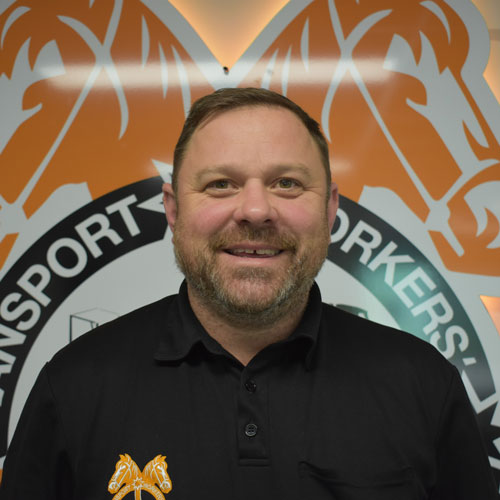 Burnell has been at the union since 2016, having previously worked with the Maritime Union after jobs in the transport sector in Mildura and as a fly-in-fly-out seafarer off the Western Australian coast.

The low-profile endorsement is set to raise eyebrows in the state branch, given Spence is one of Labor’s most prized safe seats.

But it’s understood the Right is pushing for a greater ‘working class’ presence in the federal parliament, particularly after losing ground with the party’s traditional electoral base at the last election.

“I think there’s an element of that,” Burnell said when asked whether the party had lost touch with its working class roots.

“It’s not necessarily a massive issue here in SA, but politics in general is something that’s seen to be unattainable for the average person – it seems like you have to have a degree to be able to have a seat at the table [and] I don’t necessarily think that’s true.

“We need to have representation that comes from a diverse background, and part of that should be workers at the coalface who have to slog it out each day.

“I’ve been a blue-collar worker all my life – I’ve had to work hard for everything I’ve been able to achieve, and I think it’s important we have that sort of voice in parliament.”

Burnell is set to face a challenge from Alice Dawkins, whose father John was a senior minister in the Hawke government and Treasurer under Paul Keating.

Dawkins, who has previously nominated for the Hills seat of Mayo, has recently returned to SA after a stint in WA, where she worked for mining magnate Andrew ‘Twiggy’ Forrest’s public-interest technology program.

That saw her working alongside Weatherill, who runs Forrest’s Thrive By Five initiative, with the former Premier giving her candidacy his endorsement.

He said she had worked on Forrest’s vision to democratise big tech operations, an area that is “really important at a national level”.

“There probably aren’t that many people around with expertise about that in the Labor Party [so] she’d make a wonderful contribution,” he said.

Dawkins, who now works with a consulting firm specialising in Asian strategic engagement, has distributed campaign material to party members, with one leaflet declaring: “Policy-wise I believe we are heading into one of the most challenging periods for the labour movement in history.”

“The swing of technology and industrial policy worldwide has been so far callously anti-worker, and often needlessly so,” her brochure argues.