The State Government this morning released its “draft Water Security Statement“, which provides a statewide overview of water resources.

The document, which is out for public consultation from today, states that some remote towns are still experiencing “challenges” sourcing safe and secure drinking water, resulting in communities experiencing “a high degree of water insecurity”.

It states approximately 64 remote communities across the north of the state, with a total population of about 9440 people, might fall into that category.

“Water supply is challenging – there is often limited existing infrastructure and new infrastructure costs are particularly high due to the lack of suitable local sources of potable quality,” the document states.

They include having the government work with water retailers to ensure “critical human water needs” are prioritised.

The document also asks the government to consider investing in additional water infrastructure for remote communities where residents have identified risks to existing supplies.

It follows the release of the South Australian Council of Social Service’s “Falling through the gaps” report this morning, which shows that in many parts of regional and remote South Australia, the provision of drinking water is not nearly as secure, reliable or affordable as it is in metropolitan Adelaide.

The report, prepared for SACOSS by water policy consultants Aither, found that there is a “lack of direction and accountability” among government agencies when it comes to regulating water supply.

It found that because responsibility for water management is distributed across a number of agencies and various pieces of legislation, there is “confusion in leadership”.

Water Minister David Speirs said past government investment in water infrastructure had provided “high levels of water security for the vast majority of the state’s population”.

But he said water availability was projected to decline across the state due to the impacts of climate change and increasing water demand from the agriculture, mining and energy sectors.

“The key challenge now is to build on past investment to ensure all South Australians have adequate water security and to grow the South Australian economy in a sustainable way,” he said.

“People, communities, industry and the environment all rely on ongoing, reliable and affordable access to water, and water security planning will be critical to safeguard our water supples into the future.”

According to the SACOSS report, at an aggregate level, Australia was recently found to have met drinking water targets set out by the United Nations.

But the SACOSS report claims the finding “hides the reality that many smaller regional and remote communities across Australia do not have reliable access to safe water services”.

“For many regional and remote communities in South Australia, the practicalities of providing basic services such as drinking water and sewerage is extremely complex and costly,” it states.

“There is a lack of understanding of the collective problem and the challenges faced by regional and remote communities are not adequately addressed in the current policy, legislative and regulatory framework.

“As a result, some regional and remote communities are receiving poor (sometimes unsafe), unreliable and high-cost water services.”

It comes after InDaily revealed that residents in Oodnadatta in the state’s far-north were being charged standard prices for water which, since the 1990s, has been identified as a potential source of the parasite naegleria fowleri.

When inhaled, the parasite can cause an infection that rapidly destroys brain tissue, prompting nausea, hallucinations, high fever and eventually, death.

While SA Water says no cases of naegleria fowleri infection have been officially detected in Oodnadatta thus far, freedom of information documents show the water has, over the past decade, consistently exceeded national drinking water guidelines for recommended chloride, sodium, sulphate and total dissolved solid levels.

In June last year, the Government committed $41 million to upgrade water supplies to 350 properties across regional SA, with Oodnadatta prioritised as the first town on the list.

At the time, Water Minister David Speirs described the funding – $9 million of which will be spent in Oodnadatta – as “life-changing for those that live in our regional communities who have been crying out for better access to water”.

But 11 months on, SA Water is yet to start the upgrades.

SACOSS has called on the Government to undertake a statewide stocktake of current water supply arrangements and to develop a policy that outlines a basic level of safe and reliable water services for all South Australian communities. 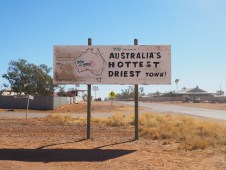 “The Marshall Liberal Government has significantly advances water security across the state since the 2018 election,” he said.

“We are investing in infrastructure to improve water security in regional areas by building desalination plants on the Eyre Peninsula and Kangaroo Island and in water supply upgrades for remote regional areas including Yunta, Oodnadatta, Maree, Terowie, Marla, and Manna Hill.

“Regional areas such as these were ignored for 16 years under the former Labor Government and we are taking action to deliver better water access.”

The Government is inviting the public to provide their views on the draft Water Security Statement via its YourSAy website.

“People, communities, industry and the environment all reply on ongoing, reliable and affordable access to water and water security planning will be critical to safeguard our water supplies into the future,” Speirs said.

“We would like to hear the community’s thoughts on the draft Water Security Statement.”