The company launched in 2017 with just 12 employees and has quickly grown into a team of 97 ‘Tockers’.

It says its technology has helped the company break through its first $1 billion in loan settlements in under three years and it is on track to double that by the end of 2021.

Tic:Toc’s digital platform allows it to automate the home loan assessment process and provide customers with their home loan documentation within an hour in some cases.

Tic:Toc CEO and Founder Anthony Baum said between the three brands, its platform was now being used to generate close to half a billion dollars of home loans every month.

“We believe that to revolutionise the home loan industry we needed to go beyond just our Tic:Toc customers and elevate our partners in the industry holistically,” he said.

“This has meant our model is far more scalable, helps more Australians get faster, smarter and simpler home loans and helps the industry meet the growing demand for our digital solution.”

Tic:Toc also has small satellite offices in Sydney and Perth and yesterday officially opened its new Adelaide headquarters in King William Street, on Level 7 of the EY building opposite the Town Hall.

The company had about 30 spare places when planning for the new office began last year but recent growth means it now only has about three spare desks.

However, with most staff still working from home for part of the week, Baum said this was not an issue, at least in the short term.

“In 2020 under the Tic:Toc brand, our year-on-year volumes were up 128 per cent – so our business more than doubled in that period,” Baum said.

“Based on US trends, we expect the digital home loan market will more than quadruple over the next couple of years and we’re extremely well placed to capture a growing share of this channel.”

Home lending across Australia has reached record levels in the past six months, driven by unprecedented low interest rates and government grants such as HomeBuilder.

Tic:Toc has also launched a third revenue stream, which breaks down its technology from a full platform to a series of modules that can be offered to customers under a software as a service business model.

The first customers were signed up under this model last year with a New Zealand client becoming Tic:Toc’s first international customer about three months ago.

“Each market is different so a full platform, including the customer experience, it makes more sense for some of those elements to be developed using other technologies within those jurisdictions but still leveraging our automation models and our data enrichment capabilities that ultimately are the base of what drives our platform,” Baum said.

“The idea behind the Tic:Toc home loan is that it’s a proving ground.

“You need an environment where you can test and evolve your technology and then as that customer experience is validated by demand then we’re able to offer that to the industry for them to adopt.” 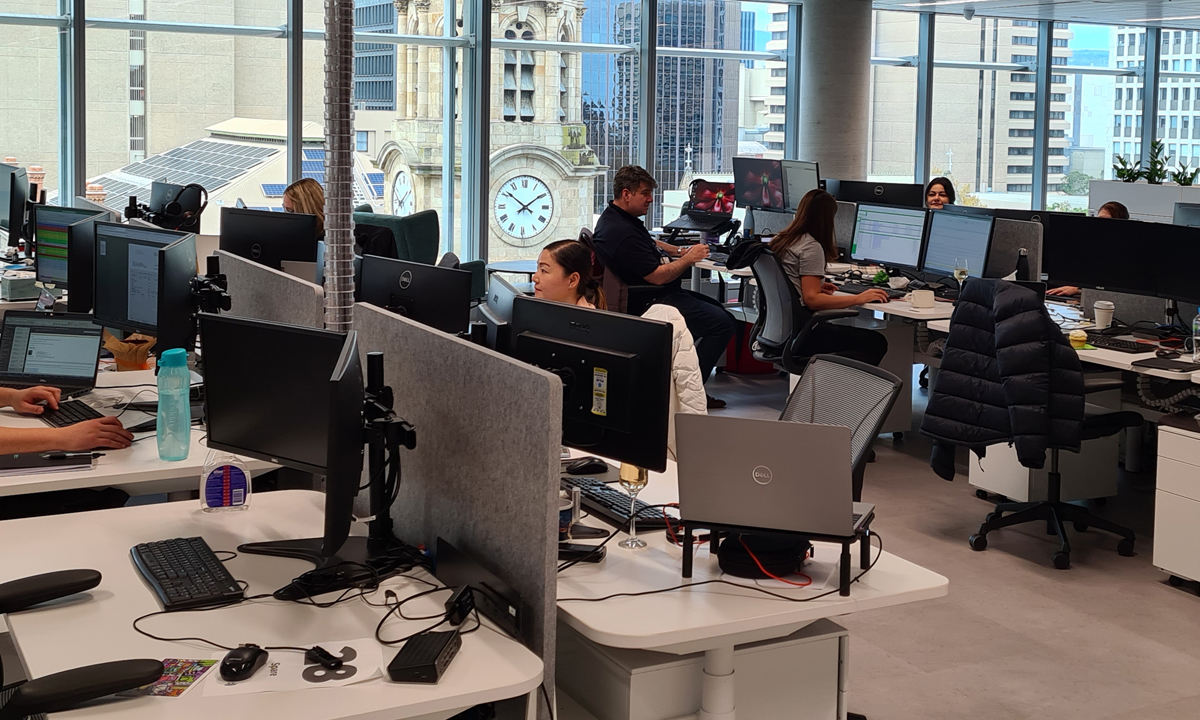 Baum said the new, bigger and fit for purpose Adelaide headquarters had been designed specifically for Tic:Toc’s 100-strong team, the next stage of growth and “the post-COVID ways of working”.

He said while there were some disadvantages of being based in Adelaide, there were also many advantages.

“One of the advantages is that you can become an employer of choice at a smaller scale than in some of those other markets and there is a good talent pool and capability here.

“COVID has been great for our business but one aspect of our business is remote working and that means those jurisdictions are targeting people here for that remote work.

“There are also cost advantages of being based in Adelaide – these offices are a big investment but it is certainly less than if we were trying to provide the same facilities in Sydney or Melbourne, never mind New York.

“If you can build Xero in Wellington, you can build Tic:Toc in Adelaide – they’re probably the second biggest accounting software business in the world and they run out of a city of 400,000 people.”

“The growth of Tic:Toc in South Australia and the recognition Anthony and the team are receiving within the industry is a great endorsement of their AI capability and just shows that you don’t have to be based in the Eastern states to do deals in the Australian finance industry,” he said.