Former South Australian senator and anti-domestic violence campaigner Natasha Stott Despoja told ABC Radio Adelaide this morning that the murder of nine-month-old Kobi Shepherdson, who was strapped to 38-year-old father who also died after witnesses reported them falling from the reservoir wall, had “rocked people – as it should”.

Stott Despoja said it raised a broader question about the treatment of women and children and how far society must move to ensure “respectful, healthy and equal” relationships for all.

Stott Despoja said the case, along with the death of Gold Coast woman Kelly Wilkinson allegedly murdered by her partner earlier this week, displayed regulatory failings across the nation.

She said while everyone in the community had a role to play in calling out conversations that perpetuated gender imbalances, the media were particularly responsible for ensuring stories relating to domestic violence did not “romanticise” perpetrators.

“It’s been really interesting and a bit difficult to read the case of Kobi because we can’t romanticise perpetrators and we can’t victim blame,” she said.

“We must be very careful about how we approach this issue.”

Stott Despoja said the police also had more to do to ensure women were being believed.

“Certainly the two cases this week completely and totally exemplify failings in the system, don’t they?” she asked.

“The system this week had failed a baby – a child – and also a woman in the Gold Coast who, yes, had repeatedly made clear her need for support and for law enforcement.

Stott Despoja said a spike in men’s violence during the coronavirus pandemic highlighted a number of key contributors to violence towards women and children but ultimately men’s attitudes towards women needed to change.

“People all of the time have too much to drink … people have mental health issues – that doesn’t mean they go and kill their partners or their children. You have to have those underlying drivers when it comes to the issue of violence against women and children,” she said.

Adelaide anti-domestic violence campaigner Arman Abrahimzadeh said men’s attitudes towards women had changed over the past decade, but more funding was needed to ensure men’s programs were able to function appropriately.

“Let’s not forget about the conversations that we’re having because if you came to me 10 years ago and said you wanted to talk about domestic violence, it wasn’t something that was really spoken about openly,” he said.

“But we don’t want to slow down the momentum.

“We’re on the right path but, because of the complex nature, we can’t have one approach or one initiative or one measure or even a handful of measures to try and prevent these events.”

South Australian men’s hotline Don’t Become That Man has reported a spike in demand over the past 24 hours.

Hotline CEO Leigh Garrett said visits to the counselling service’s website had increased by 117 per cent in the past week, with a significant increase in the past 24 hours.

He said the service’s call centre also experienced a slight increase in the past couple of days. 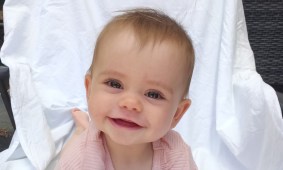 Abrahimzadeh said anyone feeling concerned should reach out for professional assistance.

“Something like this might trigger someone to think about their own situation or a family or friend or loved one who might be experiencing similar sorts of things,” he said.