Digance – the former Labor MP for the southern suburbs seat of Elder – and her businessman husband Greg appeared in court this afternoon, charged with trying to blackmail Malinauskas, with the allegations dating back to February last year.

Charges submitted to the Adelaide Magistrates Court by police allege that “between the 12th day of February 2020 and the 28th day of March 2020” the pair “menaced Peter Bryden Malinauskas intending to get him to submit to a demand”.

The charge is a major indictable offence and relates to an attempt by the couple to restart Annabel’s political career, after she lost her seat to Liberal Carolyn Habib (now Power) in 2018.

Annabel Digance, 63, and her husband Greg Digance, 60, were arrested around 7am at their Strathalbyn home, south of Adelaide, and came before Adelaide Magistrates Court around 2.15pm.

They were released on bail with Magistrate John Wells accepting that special circumstances existed, although those circumstances were not disclosed.

Their bail conditions include that they have no contact with Malinauskas, surrender their passports and that they each lodge a $5000 surety with the court in cash.

Wells cautioned them both about complying with their bail conditions.

“If you disobey any of those conditions, you run the risk of being arrested and being remanded in custody,” he said.

Greg Digance asked the court whether he would be able to travel to Melbourne to collect a car he had purchased, and was told he could not.

The pair were ordered to return to court in June.

Fronting media shortly after the hearing, Malinauskas said he had known on becoming Labor leader in 2018 “there would be occasions where my leadership would be tested and important judgment calls to be made – but I never thought I would find myself in this set of circumstances”.

“Early last year I witnessed conduct I thought was inappropriate, and potentially unlawful,” he said.

“I sought legal advice, and reported that [conduct] to SA Police… I did that not because it was the easy thing to do, but because it’s the right thing to do.”

He said South Australians should be able to have confidence in their democratic institutions and “every member of parliament has very clear reporting obligations as public officers”.

It was “critical” those obligations were fulfilled, he said, “and that’s exactly what I did”.

Malinauskas said he did not believe the situation could blur lines in the cut and thrust of political life, but agreed it was an “important question”.

“In fact, I think this demonstrates to the people of SA the sort of behaviour I will and won’t tolerate as leader of the Labor Party,” he said.

“It’s important people can have confidence in that [preselection] process, and there’s certain behaviours I simply won’t tolerate under my leadership…

“If I see someone doing the wrong thing – particularly if I believe it’s potentially unlawful – I’ll report it to the appropriate authorities.”

Police late today released a statement emphasising: “The victim in this matter is Mr Peter Malinauskas.”

“Given the nature of the charge of blackmail it will be alleged that the two accused persons in a common enterprise sought to obtain a personal gain by threatening to make allegations of alleged misconduct by Mr Malinauskas,” the SAPOL statement read.

“It is important to be clear that the allegations did not relate to any form of criminal behaviour by Mr Malinauskas.

“Mr Malinauskas is simply the victim of an alleged blackmail and the details of the allegation will be presented and tested through the prosecution and judicial process.”

Police said the Labor leader first approached them in February 2020 “and the investigation has been ongoing since then – culminating in today’s arrests”.

“Mr Malinauskas continues to assist investigators with this matter with SAPOL supporting him as we do for any other victim of crime,” they said.

The arrest and court hearing come just days after the former Elder MP launched a damaging attack against her party over its conduct in her 2014 election campaign. 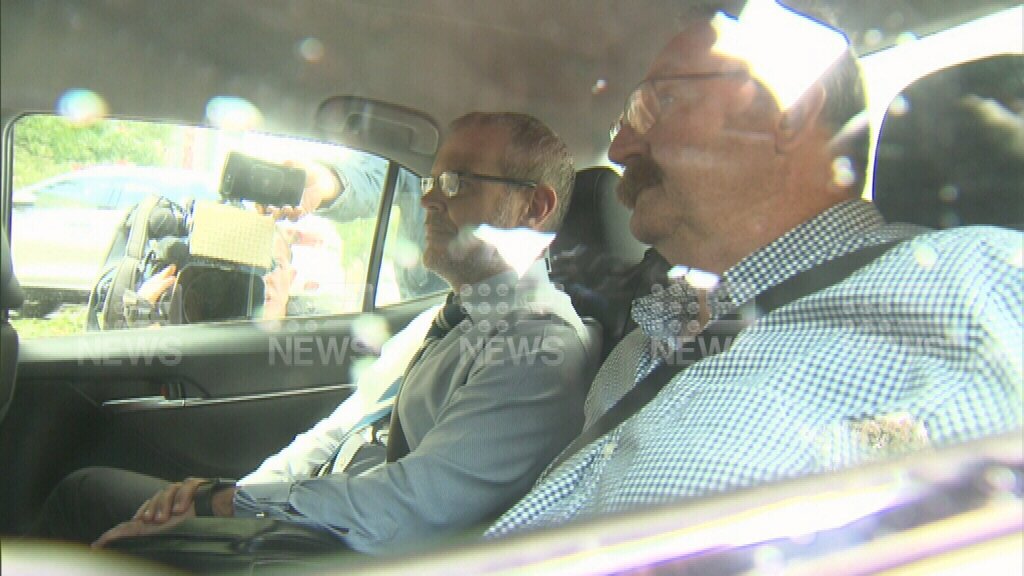 In an earlier statement, police said detectives from the Major Crime Investigation Branch attended a house in Adelaide’s south around 7am this morning where they arrested the two people.

The maximum penalty for the offence under Section 172 of the Criminal Law Consolidation Act is 15 years jail.

The pair were initially refused police bail before being released after their court hearing. 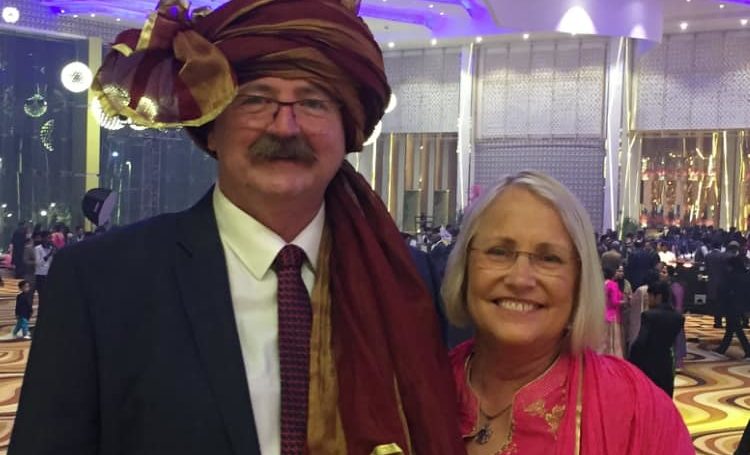 The dramatic turn of events comes just days after Annabel Digance criticised Labor’s culture and its handling of her 2014 election campaign, in which her opponent – now Elder MP Carolyn Power, née Habib – was targeted by a leaflet widely denounced as ‘racist’. 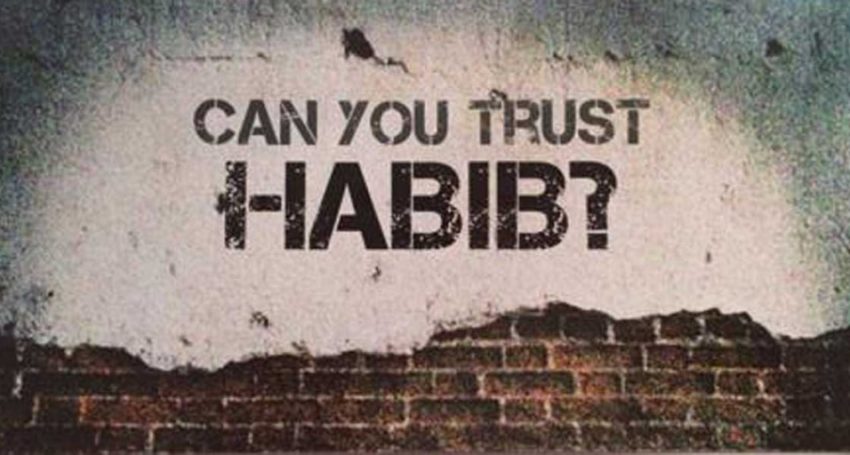 The flyer that Labor distributed in Elder in 2014.

Digance claimed she had been bullied into not apologising to Habib about the campaign – a claim that prompted the Marshall Government to establish a parliamentary inquiry into her allegations.

It’s understood the charges relate to Digance attempting to gain preselection for a state or federal seat.

…and there are many, many examples within the Labor ranks of misuse of power, intimidation, bullying, ignoring, gaslighting…need I go on?! As a Labor MP I have my many stories and examples! @samanthamaiden https://t.co/DveepBsk1P

She has been a vocal critic the party on social media in recent weeks, leading up to her public comments.

Annabel Digance was the Labor MP for Elder from 2014 until 2018. She had previously worked as a political staffer and run as the ALP candidate for the federal seat of Boothby twice.

She has since worked as an Adjunct Associate Professor in the College of Business, Government and Law at Flinders University, although the university said in a statement she was “not currently employed by [Flinders], having completed a fixed term contract in late 2019”.

Greg Digance is a businessman whose interests have included McDonald’s restaurant franchises in SA and the Northern Territory.

Libs push on with parliamentary inquiry

Attorney-General Vickie Chapman told media she had been informed about the imminent arrests “shortly before they took place this morning”.

“Of course it’s very distressing to hear of a continuation of what may be a very toxic culture in the Labor Party,” she told reporters.

She insisted her select committee – established on the basis of Annabel Digance’s public claims of bullying and harassment – would go ahead, insisting it was “in relation to the 2014 election campaign conduct”.

“Whilst there may be some portion [of the committee] that’s relevant in relation to the current charges, it’s entirely a matter for the committee as to when they progress that,” she said.

“The parliament have made a decision – the select committee will occur… it will proceed.”

It will inquire into and report on former Labor MP Annabel Digance’s claims she was bullied into silence in the aftermath of the abhorrent ‘Can You Trust Habib?’ flyer scandal, and get to the bottom of who was behind the racist pamphlet. https://t.co/lvOpRnA6Ln

Chapman confirmed she had spoken to Annabel Digance “about her concerns in relation to the public statements that she’s made”.

“It will be a matter for her, and indeed Mr Digance, as to whether they choose to give evidence,” she said.

“I’ve certainly made her aware that it was the intention of the parliament to have a select committee.”

She added Digance’s claims were, “to be clear, independent of what appears to be recent conduct that’s alleged in relation to the current blackmail charges against Greg and Annabel Digance”.

However, she conceded the Liberal Party’s interest in the 2014 campaign scandal had been “certainly re-enlivened as a result of Ms Digance’s statements about her experience in the ALP”.

“That’s a matter for her about whether she comes forward in the committee to make any further comment,” she said.

“All of these matters just confirm to me that there’s been a toxic culture in the Labor Party, which is unacceptable…

“I’ve simply advised Ms Digance, who had contacted me, that there would be a proposed establishment of a committee, and that took place.”