Adelaide developers Chasecrown in February lodged an application to transform the Seawall Apartments site on the Glenelg waterfront with a $165 million, 96-unit residential development.

The project will require the demolition of seven buildings including the heritage-listed structure, now a two-storey apartment block.

Originally built in 1882 as two separate mansions at 22 and 23 South Esplanade, the building was added to the council’s heritage register in 1988.

But Chasecrown argues the building should lose its heritage listing, based on advice it commissioned from Adelaide heritage consultants Bruce Harry and Associates who found the building has “low historical authenticity” and its rehabilitation would involve “an unjustifiable degree of conjectural reconstruction”.

The consultants briefed the council’s heritage consultant – Andrew Stevens of Stevens Architects Pty Ltd – on their determination that the building was “too far gone to warrant its continued Local Heritage listing”, and that the previous heritage survey “overestimated the extent of the surviving historic fabric and residual heritage values of the building”.

The council’s heritage consultant has “formally supported” these findings in his submission to the State Commission Assessment Panel, according to Chasecrown. Stevens declined to comment following inquiries from InDaily.

A spokesperson for Holdfast Bay Council said it would not disclose the heritage advice prior to SCAP publishing its agenda.

The SCAP is due to assess the project in May.

Under the Holdfast Bay Council Development Plan, heritage structures can only be demolished if their structural condition poses an “unacceptable risk to public or private safety and the place cannot reasonably be rehabilitated”, or if the portion of the structure to be demolished is not on the local heritage register.

A heritage consultant contracted by an adjoining landowner affected by the development proposal rejected the assessment that restoring the site would be “conjectural”.

“It wouldn’t be conjectural at all, any heritage architect or consultant worth their salt could accurately work out the original detailing based on the combination of the physical evidence remaining on site, including most of the original veranda posts that are still on the building.”

Wilkinson said five of the mansion’s original seven veranda posts were still on the building despite being relocated to its northern side, and the detail remaining on 22 South Esplanade would allow the “faithful restoration” of 23 South Esplanade.

“We have the physical and archival photographic evidence to replicate it perfectly,” he said.

Wilkinson – who also made a submission to the SCAP  – rejected suggestions dismantling and rebuilding the site would decrease its heritage value, arguing it would “restore the building back to its original appearance”.

“If the SCAP were to approve the demolition of this local heritage-listed building … it would be fundamentally undermining local heritage protection and development certainty in South Australia,” he said.

“Listing is to protect the buildings that need the protection [because] the ones that are in perfect condition that would sell well more than land value – they’re never going to get demolished anyway.

“It’s buildings that aren’t perfect that do need work, like this does, they’re the ones that need the protection and that’s why we have listings.”

‘Grossly at odds’: Council and developers tussle over height limit 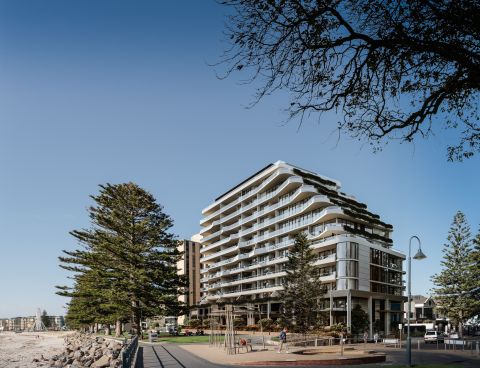 Chasecrown said its project would create 400 jobs and bring new residents to the area, but it has attracted opposition from the community and council due to its height, heritage impact and concerns over the strain it would place on local amenities.

A petition against the proposed development now has more than 1250 signatures.

Holdfast Bay Mayor Amanda Wilson wrote to Premier Steven Marshall on March 4 to question the “apparent disconnect” between the proposal before the SCAP and the council’s land use policies.

“A community should not be forced to mobilise against the absurdity of a 13-storey building in a five-storey zone, particularly when that same community was provided with a legislative commitment as recently as 2016 regarding maximum building heights in their neighbourhood,” Wilson wrote.

Although a five-storey zoning limit is in place for developments in Precinct 4 where the proposal is located, the council’s development plan allows for additional height if the development is “immediately adjacent” to the 12-storey precinct located above.

This is provided the building achieves a “transition in scale” down to five storeys and is “designed to minimise any impacts on adjoining land within Precinct 4 or adjoining residential zones”.

Another provision in the council’s development plans specifies that residential developments in Precinct 4 have to be “predominately” up to five storeys in height.

Only seven per cent of Chasecrown’s proposed development façade is five storeys, while 60 per cent is 12 storeys or more, according to Holdfast Bay Council Manager of Development Services Anthony Marroncelli.

“Therefore, the test as to whether the building is ‘predominantly’ up to five storeys fails to a significant degree, because it is impossible to achieve a transition to predominantly five storeys from a starting point of 13 storeys, as proposed, whilst also adhering to the balance of provisions relating to building design,” Marroncelli said.

A spokesperson for Chasecrown said the company “has a well-established and demonstrated track record, operating as a diligent Architectural firm and developer within South Australia over three decades and we are confident that our proposal for the site complies with the Development Plan and we continue to respect the SCAP process”.

The spokesperson added that the development was designed with “broader community benefit” in mind, which includes a “significant” investment in the surrounding public space, a pedestrian link upgrade between Oldham Street and the Esplanade, as well as new trees, landscaping and a public art installation. 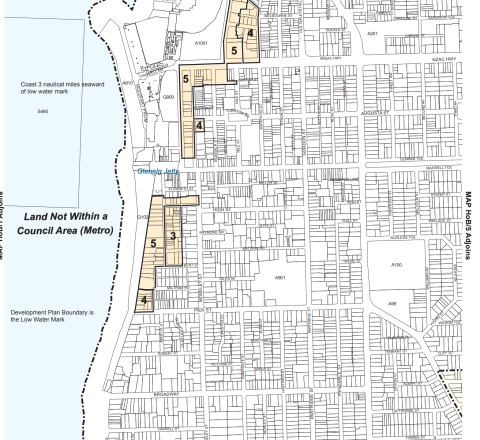 Holdfast Bay Mayor Amanda Wilson said the development – which she described as “grossly at odds” with the council’s development plan – would cause problems with “overshadowing” and put a “big stretch on very narrow streets”.

“Parking is already tight around that area, and with an extra 97 apartments, presumably with two cars each … it’s going to put a huge pressure on the surrounding streets which are already busy,” Wilson said.

“It will provide a huge problem to our stormwater infrastructure, and then basic services with supplying electricity is already tight around here.”

A spokesperson for Chasecrown said the company had engaged a team of consultants to assess the impact of the proposed development before the final design plan was lodged.

“In reviewing aspects including traffic, stormwater, utilities, wastewater, waste collection, these specialist consultants have developed strategies to ensure the proposed development will not adversely impact local infrastructure,” the spokesperson said.

Sandy Wilkinson said Chasecrown’s previous developments have “considerable quality and style”, but argued their current proposal did not fit the urban context of the South Esplanade.

“It’s going to needlessly spoil the streetscape of South Esplanade and remove the sense of history,” Wilkinson said.

Stephen Patterson, MP for the electorate of Morphett where the development is situated, said he welcomes investment along the Glenelg foreshore but hopes the SCAP will take into account the concerns of the community.

“I’m liaising with Holdfast Bay Council and local residents to provide support and assistance to them as their local Member,” Patterson said.

“The majority of the concerns raised about the proposal relate to height, and concerns over the five storeys that the current zoning allows, and also ensuring there is sufficient off-street parking, which I have forwarded onto the relevant bodies.

“Ultimately the SCAP as the independent assessment panel will make a decision and I’m sure they will take into consideration these concerns relating to height and parking, as they have done with previous development proposals along the foreshore in the last few years, paying due respect to the current planning and zoning rules.”