It comes as the number of vaccines administered in the past week plunged by almost 2700, which Marshall put down to an Easter lull.

The Premier said the national rollout would be “high on the agenda” of a national cabinet meeting tomorrow.

“There will be a discussion regarding how it’s gone so far, the suitability of the vaccines that have already gone through TGA approval and any coming up for future consideration,” he told reporters this morning.

“I’m satisfied we’ve made a good start – but we do need to increase that run-rate, and that’s a shared responsibility between federal government and state government.”

Official figures show SA has the lowest rate of vaccination per capita (1.74 per 100 people) of any state or territory except New South Wales.

“Obviously Easter has put a handbrake on the rollout of the vaccine but I expect that run-rate to significantly increase next week,” Marshall said.

He noted “more and more GPs” were being registered to administer vaccines, but said: “We don’t want every GP in SA to forget about their primary focus on primary healthcare.”

“We think we’ve taken a cautious approach – but we’ll get an update on that tomorrow,” he said.

InDaily reported last month that plans were in place for mass vaccination hubs, after a tender process was instigated in a bid to speed up the rollout.

SA’s chamber of commerce, Business SA, says most of its members are unhappy with the current pace of the coronavirus vaccine rollout.

It says a survey of its members found 58 per cent of respondents “are dissatisfied with the speed of the COVID-19 roll out”, while only 21 per cent were satisfied.

The groups said “more needs to be done to safely ramp up jabs across the state”, with CEO Martin Haese noting: “Until we have a broadly vaccinated population, we remain subject to the risk of border closures and snap lockdowns as we saw last week in Brisbane.”

“We must do everything we can to get everyone vaccinated as soon as possible – if that means opening further vaccine sites, bringing more staff online, implementing innovative ways of getting the job done including through businesses, then so be it,” he said in a statement.

One survey respondent, Rodney Martin from Era Publications, said as an exporter he believed “the vaccine is an important step towards Australian businesses being able to take international flights to those markets that have also managed to control the virus”.

“The view that we are not in a hurry is an inward-looking perspective on the urgency of rolling out the vaccines,” he said in a statement.

Opposition spokesman Chris Picton said it was “staggering that SA has the second lowest per capita rollout anywhere in the country – and it seems to be getting slower, not faster”.

“We’re continually promised things would be ramping up, but we’ve had a drop of 34 per cent in the last week,” he said.

“There’s no issue with supply – there’s a huge number of vaccines sitting in the fridge when they could be used to vaccinate people in the community.” 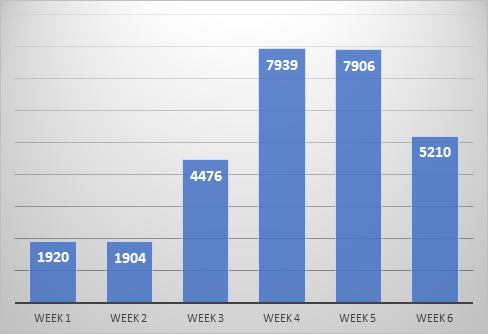 It comes as Australia’s drug regulators hold urgent meetings after European authorities confirmed a link between the AstraZeneca vaccine and blood clots.

The United Kingdom will offer people aged under 30 an alternative vaccine due to the blood clot risk.

The European Medicines Agency has not made a specific recommendation, but found women and people under 60 were at a higher risk of developing the rare side effect.

The advice could pose a significant threat to Australia’s vaccine strategy, given most Australians are set to receive the AstraZeneca jab.

“The recommendations will be brought to the table today and look at the Australian context,” he said.

“The AstraZeneca vaccine is effective and very safe for most people. There is this extremely rare event which appears to be associated with that particular vaccine in some people – four per million.

“The benefit is that the vaccines are very effective at preventing COVID illness and can be severe and lead to deaths, particularly in older people.”

Prime Minister Scott Morrison said it was too early to say whether Australia would follow other countries adding warning labels to the AstraZeneca vaccine or giving people aged under 30 a different drug.

But he said the risk of blood-clotting was far higher among women taking contraceptive pills, and even from common Paracetamol tablets.

He said there was nothing to suggest the national vaccine rollout would be affected at this stage, particularly given the early phases were focused on older Australians.