Adjunct Professor John Mendoza has resigned from his position as executive director of mental health and prison health services at the Central Adelaide Local Health Network (CALHN), a year into his three-year contract.

“I’m not going to waste my time in a sense pretending I’m part of some reform effort when it’s not there,” he told InDaily.

In an extraordinary interview with InDaily, Mendoza said while his decision to quit was partly for family reasons: “If I felt I could continue to make a difference at a system level, if we could build on the work we’ve done here (in CALHN), if we could solve these systemic problems which South Australia has had for decades, I would stick at it. But there’s little prospect of that.

The department is incapable of making a basic decision that enables the system to operate effectively.

He said from February 2019 to February 2021 there had been a nearly 40 per cent increase in mental health presentations to the Royal Adelaide Hospital, but “no extra resources” from the State Government.

“When you have a month where you have a 40 per cent increase over 2019 in the number of presentations and you get no assistance, none from the department, no extra resources, no extra load levelling across the system, you cannot keep pushing your own staff to this breaking point,” he said.

It’s not the first time Mendoza has quit a high-profile mental health post, angry about a lack of government action.

In 2010, he resigned in protest as chairman of the National Advisory Council on Mental Health, accusing the Rudd government of having “no vision or commitment” to reform.

“This isn’t the first time I’ve done this – I called out (former prime minister) Kevin Rudd in 2010,” he said.

When asked if he was now doing the same to Health Minister Stephen Wade and Premier Steven Marshall he replied: “In a sense.”

Mendoza said he had high hopes of achieving “a very significant change” when he started as CALHN’s mental health executive director a year ago.

“The personnel here in CALHN are capable of doing that,” he said.

“They’ve got to get their act together, seriously.

“They constantly run interference in terms of what we’re trying to do in the services and don’t focus on what a lead agency should be doing.

“And that is build the system architecture, build the integration between ambulance and health services. They want to blame the health services, the LHNs constantly for ramping, but their failure to actually manage (the) South Australian ambulance (system) means that more people are transported by ambulances in this state than other states.”

He said nearly 40 per cent more people in SA compared to the nation came to hospital for mental health problems in an ambulance.

“That’s because we have not invested in skilling up ambulance officers, we’ve not skilled up co-responder models until very recently, we’ve not trained police.

“Again the numbers of people with mental health problems transported by police to this hospital in particular, the RAH, is 40 per cent higher than the national average.

“This state is the laggard when it comes to building that system-wide capacity and I see no effort going into that.” 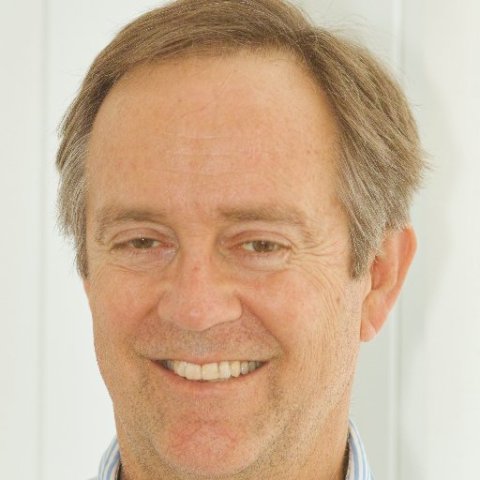 Mendoza said the huge increase in mental health presentations to the RAH in particular was because of “economic and social problems that have been driven by COVID”.

He said these were “entirely predictable” yet his warnings to the Government and department went unheeded.

“In doing so, one withdraws their labour in a circumstance like this in the hope it blasts some people to take appropriate action. Whether they’re capable of that, I don’t know.

“I came to SA because… I certainly believed there was a quite rare opportunity in the context of mental health reform to really achieve some significant progress.

“Mental health reform has been one of those policy areas in Australia where we have repeatedly laid out very good plans for what we intend to do as a nation – as states and territories and as a whole nation – since 1992.

“There have been over 150 reports and reviews of national mental health service issues since that grand commitment back in 1992.”

He said the frontline staff within CALHN had worked under extreme conditions to care for people with mental health problems.

“In CALHN.. we have achieved a remarkable quality and quantity of service to the community in the last 12 months,” he said.

“At a time when SA has needed its mental health services to stand up and be available.

“The mental health services here in CALHN have done an astonishing job in terms of being able to step up to the surge in demand we’ve had, unprecedented, never seen before, and doing that in a system that’s got so many dysfunctional elements and being able to accommodate that demand, ensure that people can access care and receive care when they leave hospital.

“The narrative from SA Health over the last 12 months about this place, about (the) RAH, and its mental health services has been nothing short of deplorable. They constantly present the place as failing.

“This organisation and the people that work day in day out to try and meet that service demand have been let down by the department, utterly let down.”

“While the department is claiming Mr Mendoza has resigned to be closer to his family in Queensland, I am advised that he resigned because his warnings were going unheeded because the bureaucrats weren’t listening to him or, worse still, because he was pushed for making too many noises,” she said.

Bonaros asked Health Minister Stephen Wade if he was aware of Mr Mendoza’s resignation and the reasons, “both official and unofficial”?

“Are you aware of communications Mr Mendoza made directly to SA Health CEO Chris McGowan, going over the head of his manager… warning of a litany of problems with CALHN’s mental health jurisdiction, including the state of mental health patients in the ED?” she asked the minister.

“Are you aware of Mr Mendoza’s increasing frustration in getting senior SA Health bureaucrats to listen to the concerns he was raising?”

Bonaros said the mental health system was failing “some of our most vulnerable patients and our frontline health workers”.

Wade told parliament he had been “advised that John Mendoza has decided to return to Queensland to be close to family, and I respect his decision”.

He agreed “that our hospitals have been experiencing an increase in clients with mental health issues”.

Wade said from February last year to February this year there had been a 13 per cent increase in mental health admissions at the Royal Adelaide Hospital.

“In that context, I have received more recent advice that, in more recent times, there has been an unusually high number of presentations at the RAH that include the use of methamphetamines,” he said.

“It is not unusual for the festival periods, both Fringe and general, to coincide with an increase in mental health related presentations, and my advice is that has again been the case this year.

“Also, there has been an increase in the number of forensic consumers.”

In a statement to InDaily, Wade said “the Marshall Liberal Government has demonstrated a significant commitment to addressing mental health issues in South Australia”.

“The UMHCC provides high-engagement support in a calm, lounge room-like space to support people with urgent mental health needs. It offers an alternative to presenting at hospital Emergency Departments for a mental health crisis – it is the first of its kind in Australia.

“We have also established a mental health co-responder program that embeds mental health clinicians in ambulances, with paramedics. The success of this pilot program has seen it extended in the central Adelaide area, and expanded into southern and northern Adelaide networks.

“We have delivered the construction and opening of the co-designed Specialised Advanced Dementia Unit (SADU) and (Australia’s first) Neuro-Behavioural Unit (NBU) at the Repat Health Precinct.”

Wade said that in response to the COVID pandemic, “we provided $20.4m over two years for mental health support and to implement a statewide community wellbeing strategy for COVID-19 response purposes, including the Open Your World Strategy and services such as the COVID-19 Mental Health Support Line”.

“We have provided $2.61 million to support mental health resilience and support following the catastrophic 2019-20 bushfires in the Adelaide Hills, Yorketown and on Kangaroo Island,” he said.

“The opening of the Tarnanthi Unit has seen ten forensic mental health beds added at the Glenside Campus, increasing bed capacity across the system and helping to relieve pressure on metropolitan emergency departments.

“The Borderline Personality Disorder Collaborative, run by the Barossa, Hills and Fleurieu LHN, was opened in 2019 – a $10.1 million hub and spoke service for South Australians living with BPD, and their family carers.

“We have a $20 million commitment to develop South Australia’s rural health workforce, including mental health clinicians and staff.

“A 5-bed temporary mental health assessment unit at the Lyell McEwin Hospital has been established while the new mental health unit is also being built.”

A spokesperson for SA Health said “we are committed to improving mental health care across the system”.

“A number of services to improve care in the community have been implemented, including Mental Health CORE, which embeds mental health specialists within SA Ambulance response teams.

“In addition, $15 million has been allocated this year across a range of mental health initiatives and drug and alcohol services in response to the COVID-19 pandemic.”