Speaking to former Labor Member for Elder Annabel Digance on ABC Radio Adelaide this morning – seven years after the pair first faced off for the southern suburbs seat of Elder – Liberal MP Carolyn Power (née Habib) said she found it “very difficult” to believe that Digance felt “genuine” remorse over the contentious flyer.

It said: “Can you trust Habib?”, against an image that appeared to depict a battle-scarred brick wall.

The Liberal party described the flyer, which was sent out just before the 2014 state election campaign, as a racist attack on Power’s Lebanese heritage and surname, but then-Labor leader Jay Weatherill and campaign spokesperson Tom Koutsantonis refused to apologise or acknowledge that the flyer was in any way offensive.

Digance, who won the 2014 state election and served one term before being defeated by Power in 2018, spoke out about the flyer for the first time over the weekend, telling The Australian that it was “just wrong” but she was prevented from criticising it in 2014 due to directives from Labor’s leadership.

On ABC Radio this morning, Digance described the flyer as “racist” and an “attack” on Power’s background.

She said she couldn’t speak out at the time because she was the “victim” of decisions made by party officials.

“Like you, I’ve suffered from this pamphlet as well and with what you’ve said about your family and yourself and the suffering you have been through I feel really sorry for what you’ve actually undergone,” Digance told Power on-air.

But Power said she found it “very difficult” to believe that the apology was genuine.

“You’ve had every opportunity over the last seven years… to get in contact with me.

“You haven’t – you’ve done it through the media – so I do find it difficult to believe that it is genuine.

“Being a leader and genuinely putting the community first means being the lone voice and fighting for them no matter what.”

Power added that she felt “really sad” to hear Digance claim that she was bullied.

“That is awful and it’s really concerning that clearly what’s you’re telling us today is that there are still senior members of the Labor Party who are bullying and intimidating,” she said. 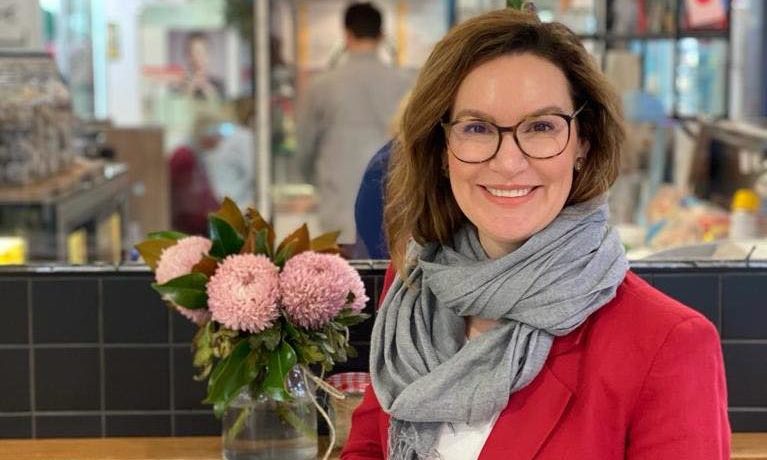 Digance said that the first time she saw the leaflet was after it was distributed to the community and, upon seeing it, she “immediately” raised objections with her campaign manager, Tim Picton.

“I rang him and I said, ‘why did you send this out? Did it go to everybody? How could you do this?’,” she told ABC Radio Adelaide presenter David Bevan.

“He said, ‘if we had told you what we were doing you would never had let us do it’.”

Digance said she won the seat “under such a horrible cloud”.

“This should have been one of the proudest times of my life to actually have won this seat to represent the community and like Carolyn and her family I was a victim as well,” she said.

“I felt many times I had been to leaders in the party to say, ‘this needs to be dealt with. I want to speak to Carolyn’ and every time they would say ‘no, you do not speak about this. There’s nothing to see here’.”

Asked why she didn’t speak out about the flyer during the 2014 or 2018 election campaigns, Digance said: “I think it’s become really clear what’s unfolding in Federal politics of why I wouldn’t speak out,” she said.

“What people probably don’t realise is it’s the power of the party.”

Asked whether she had sought preselection for a state or federal seat in the last few years, Digance said she had spoken to the party about the possibility, but would have “struggled to actually have aligned with the Labor Party”.

She said the last time she had “real discussions” with the party about preselection was in 2018 when she ran for Elder.

“I have not raised seriously with them about being preselected,” she said.

“The last time I had my name in the paper about preselection was with Enfield and I contacted the party and said I don’t appreciate you putting my name in the so-called ‘mix’ for Enfield when that is not my intention.”

However, Digance refused to rule out her interest in running for Enfield during an interview with InDaily in 2018.

“I do think we need a woman to run in that seat,” she told InDaily at the time.

“It’s an interesting thought… it remains to be seen.”

InDaily also reported last year that Digance was keen to make a return to Elder.

At the time, several insiders told InDaily that she picked up a nomination form and was taking soundings about challenging Nadia Clancy, who has been preselected to run at next year’s election.

InDaily has also seen emails sent by Digance to Labor Party officials in September, in which she requested a state candidate nomination pack to run for the House of Assembly.

Bevan told Digance that it “could be argued” that she had only spoken out about racism after “all the benefits of silence have been exhausted”.

He said: “You kept silent about this in 2014 when it was getting you elected, you kept quiet about this in 2018 when you could have spoken out again, and in the last three years you still haven’t spoken about it until now, when it’s quite clear that despite you talking to the ALP about a future, about being preselected – only after all those avenues were exhausted, only after you realised you did not have a future with the Labor Party – that’s when you spoke out”.

“Speaking out in these situations is not easy.”

Martin said Digance had contacted him a “number of times” since the 2018 state election to “express interest in preselection for the Labor Party at both the state and federal levels”.

He referred InDaily to comments he provided to the ABC yesterday, in which he said he said did not design the flyer but he did approve it.

“I am sorry that the flyer that [was] put out did cause distress — that was never my intention,” he reportedly said.

“I looked at it, I studied it, checked it and proofed it and in that time … It didn’t come across my mind that it had any racist intention, so I did authorise and sign off that piece.

“I actually fact-checked and proofed it, so I checked the spelling and I think I made a correction to one of the claims around council policy, or something like that, but it just did not click that there was a racist intention to that flyer.”

A spokesperson for Peter Malinauskas referred InDaily’s enquiry to Martin.

Picton did not respond to InDaily before deadline.