Adoptee Rights Australia, Uniting Communities, The Reily Foundation, SA Council for Civil Liberties, Rights Resource Network SA and the Australian Association of Social Workers have written to the State Government to “strongly urge” it to consult further on its proposed legislation.

The Children and Young People (Safety) (Miscellaneous) Amendment Bill – introduced to parliament by Child Protection Minister Rachel Sanderson in November – aims to make it easier for foster or kinship carers to adopt children in state care by removing current requirements in the Adoption Act.

Among the key changes, the Youth Court would be required to consider adoption as the “preferable” option for children in state care to support permanency and stability in their lives.

The views of children – including their right to refuse to be adopted – could be dismissed if it is deemed not in their best interests and their birth parents would no longer be required to give permission for adoption.

The Department for Child Protection’s chief executive would also be granted powers to intervene in any court decision relating to a child’s adoption.

The proposed laws would only relate to children who have been under the guardianship of the Department for Child Protection and who are not Aboriginal or Torres Strait Islander.

In their joint letter to the State Government, the adoption advocacy groups wrote that the Bill “removes key rights protections currently available to children and adults subject to adoption in South Australia, and alters the role of courts in the adoption process”.

The groups wrote that the Bill does not comply with international human rights standards that require courts to prioritise the best interests of a child in decisions about adoption.

Under the reforms, a court must consider placing a child up for adoption even when other care orders, such as long-term guardianship, are deemed to be in the best interests of that child.

The Youth Court would only be required to ask a child to consent to being adopted if they are aged over 12.

If a child refuses to be adopted, their views could be dismissed if it is deemed “in the best interests of the child or young person that the adoption order be made”.

Adoptee Rights Australia secretary Sharyn White is one of the signatories of the letter and has a lived experience of adoption.

Once a child is adopted they become invisible

Her 17-year-old mother was forced to give her up for adoption in 1965, soon after giving birth at the Anglican Church’s old House of Mercy institute in Rose Park.

In 2018, White was successful in obtaining an adoption discharge through the Youth Court on the grounds that her mother was forced to give her up under duress.

“I was basically taken from birth and given to the adopters at two weeks old.

“As a child, I knew I was adopted but it was never discussed or anything like that and there was no money for therapy.

“I was looking for my mother everywhere – every time we went to the city or something like that – and it was one of my first basic thoughts of my whole being was that I was adopted and my mother was somewhere else.”

“I really believe that anybody who looks at this Bill – even if they have a really positive adoption viewpoints – when they look at this Bill it’s really, deeply concerning,” she said.

“A large section of the Children and Young People (Safety) Act has been created to modify the Adoption Act and almost all of it is concerned with giving wider discretionary powers to the Department and reducing the independent decision-making capacity of the courts.”

White said Adoptee Rights Australia was against making adoption more accessible, as it meant children’s identities were permanently altered, often without their consent.

“Once a child is adopted they become invisible,” she said.

Department for Child Protection deputy chief executive Fiona Ward said that the Bill “makes it clear that adoption can only be pursued when it is in the best interests of children and young people”.

She said the Bill also included a number of other safeguards already outlined in the existing Adoption Act, as well as introducing new rights “to ensure children’s voices are heard”.

But White, alongside the other signatories of the letter, have called on the Government to delay progressing the Bill through parliament.

The groups wrote that there had been a “distinct absence of engagement with organisations with lived experience of adoption” and despite some consultation occurring in 2019, the feedback had not been made public. 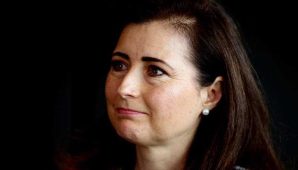 The groups wrote that the findings of the last publicly-consulted review that considered adoption from care – conducted in South Australia in 2015 –  recommended against prioritising adoption over long-term guardianship orders.

“We consider it of vital importance to ensure that further consultation – particularly with those with lived experience, and if possible, public consultation – is undertaken before the Bill progresses any further,” they wrote.

Ward said that adoption could elicit a “strong response” from the community.

“The proposed amendments follow significant consultation with targeted stakeholders including those with lived experience,” she said.

Adoption of children from state care is already legal in South Australia but rarely used, with children more likely to be looked after in long-term guardianship arrangements by their foster families.

No child in state care has been adopted for at least five years.

On December 31, there were 248 children and young people in SA under long-term guardianship arrangements, which is considered the step before permanent adoption.